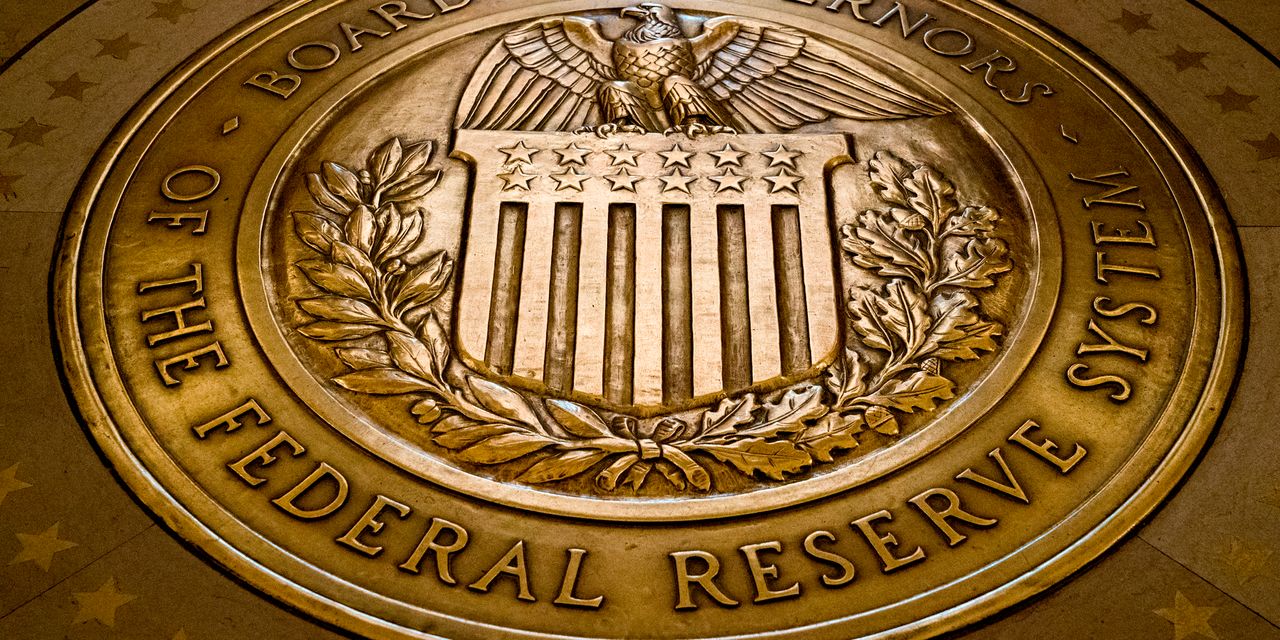 It was a big deal in September 2019 when overnight-lending “repo” rates suddenly spiked as high as 9%, raising concerns on Wall Street and at the Federal Reserve to step in to avoid a potential crisis in a key financing cog of global finance.

Now, some 17 months later, pretty much the exact opposite thing has happened. Rates charged to borrowers who want short-term funding, by pledging U.S. Treasurys and similar safe-haven assets as collateral for cash, dipped into negative territory heading into Thursday.

Overnight repo rates for U.S. Treasurys were last spotted at 0.05% Thursday, versus negative-0.05% overnight Wednesday, according to one rates trader.

A more typical range in February had been between 0.08% to 0.10%, according to DTCC’s GCF Repo Index, which tracks the average daily interest rate paid for the most-traded GCF Repo contracts for U.S. Treasurys.

Repo-market tumult prior to the pandemic prompted the New York Fed to step in for the first time since 2008, offering tens of billions of dollars’ worth of daily funding that continued for months, to keep credit flowing overnight.

Here are five reasons why hiccups, this time around, in the U.S. repo market are different.

1. Right now the issue is negative-borrowing repo rates, as a result of a lot of cash and fewer available short-term Treasury securities to pledge, thus the downward drift in borrowing rates to below zero.

“In general, repo rates have traded very firm in recent weeks, and the reason is that the Treasury, about a month ago, said it would start to work down its cash balance,” Stephen Stanley, Amherst Pierpont’s chief economist, told MarketWatch.

He was referring to plans outlined in February by Treasury Secretary Janet Yellen to reduce its more than $1 trillion stockpile of cash held in the Treasury General Account (TGA) generated over the past year of pandemic.

To highlight recent moves in key overnight rates, Oxford Economics put together this chart, which shows a bumpy path lower since the start of the year.

2. Another key factor for today’s repo market is securities scarcity.

This BofA Global chart shows net T-bill supply is expected to be negative in the first and second quarters of this year, given bill paydowns and the government’s existing financing needs around pandemic stimulus.

It also shows negative-$216 billion of net T-bill supply for the first quarter, if the Biden administration completes another pandemic spending package in the ballpark of $1.7 trillion.

Under a compromise version of Biden’s aid package in the Senate, the White House on Thursday said 158.5 million households are going to receive direct payments, or about 98% of the households that received payments in December.

Negative borrowing costs point to lenders becoming so desperate to get their hands on Treasurys, including so they can short the sector, that they were required to pay money for the privilege to act as an overnight creditor.

“There’s not enough collateral in the market,” said Gregory Faranello, head of U.S. rates at AmeriVet Securities, but he also said that next week’s $38 billion of 10-year notes could help alleviate the shortage of securities.

4. Many people right now want to short the Treasury market

The hope is that by shorting Treasurys, investors will be better positioned against the threat of rising inflation and higher borrowing costs, as the U.S. vaccination effort gathers steam and helps heal the economy, he said.

While last week’s sudden spike in long-term Treasury yields roiled stocks and made headlines, analysts at BofA Global Research also were predicting that short-term borrowing rates could veer into negative territory “by May,” and prompt the Fed to take action to keep money market rates above zero.

Specifically, the BofA Global team suggested the most likely course of action would be for the Fed to move the interest rate it charges on excess reserves (IOER) up by 0.05% “at or before” its March meeting, but “ideally” to move the rate to 0.20% from its current 0.10%.

Read: Here’s what one hedge fund trader says happened in Thursday’s bond-market tantrum, which sent the 10-year Treasury yield to 1.60%