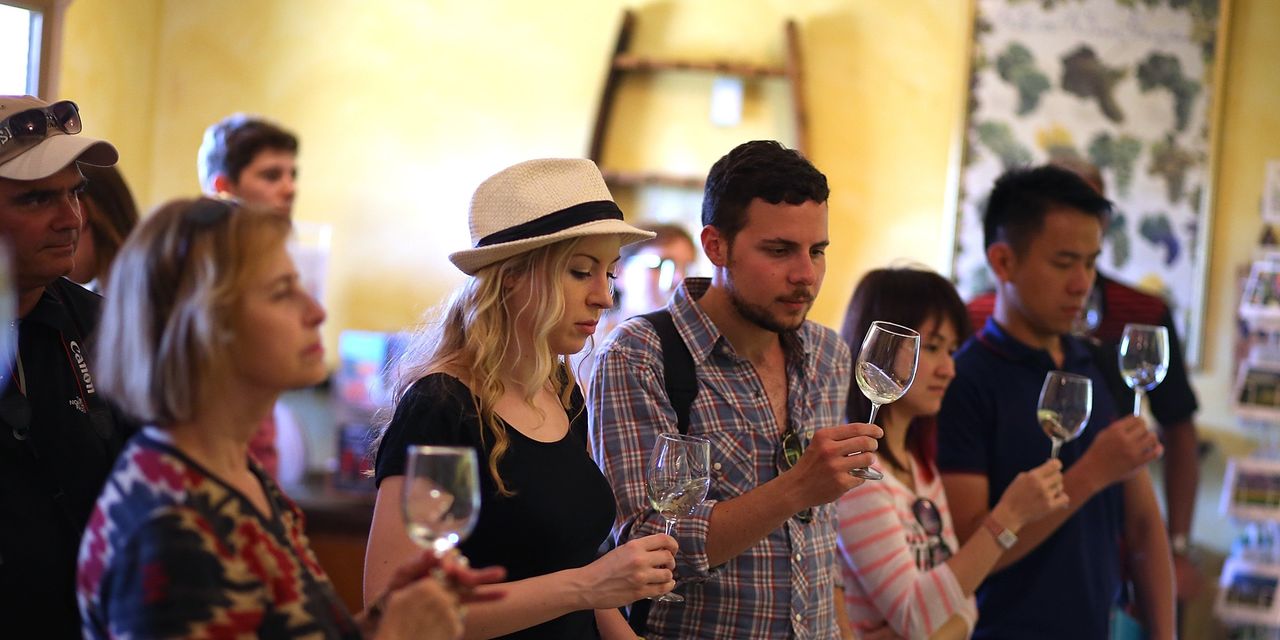 Wall Street is gearing up for a wine party.

It’s been decades since any of California’s fabled wineries tried to go public. But that’s about to change this week as Napa Valley’s Duckhorn Portfolio looks to raise up to $320 million through an initial public offering of stock slated for Thursday.

The St. Helena, Calif. company started out 45 years ago making merlot wines in Napa Valley. It since has expanded to nearly a dozen luxury brands, including Duckhorn Vineyards, Decoy and Washington state’s Greenwing, with bottles fetching prices from $20 to $200.

Duckhorn plans to sell 20 million shares at a price range of $14 to $16 apiece to the public on Thursday, through its debut listing of shares on the New York Stock Exchange under the symbol
NAPA,
.

Here are five things to know about the IPO:

1. Duckhorn’s brands are a luxury product

But many of its wines also can be found in grocery stores, especially in California, where about 24% of its wholesale net sales occurred in fiscal year 2020, according to its S-1 filing.

“For a lot of wineries, 2020 was a very challenging year globally,” said Stephen Rannekleiv, a Rabobank strategist and global sector head for beverages, adding that restaurant closures and limits on winery tasting rooms due to the health crisis often meant curtailed sales.

However, Americans kept drinking wine throughout the crisis, giving an edge to larger-scale wineries with strong off-site sales, particularly those with familiar names customers recognized in stores.

“They weren’t going out to a restaurant and looking for niche wines,” Rannekleiv said of wine drinkers last year. “They were doing their shopping in grocery stores and looking for tried and true brands.” Sales by Duckhorn reached $271 million in the 2020 fiscal year ending July 31, up about 12% from a year prior.

2. The IPO route won’t be open to every winery

Today’s low rates have investors scrambling for riskier assets for yield — even if that means waiting longer to earn a return. But that doesn’t mean investors should expect a bumper crop of new IPOs to flow from famed Napa Valley wineries, mainly because the bulk of the nation’s estimated 11,000 wineries are too small, producing fewer than 5,000 cases, according to Wines Vines Analytics.

“It’s probably been more than 20 years since we’ve had a wine IPO,” said Rob McMillan, executive vice president and founder of Silicon Valley Bank’s wine division, adding that a couple of famous California IPOs in the 1990s struggled thereafter.

The Robert Mondavi Corp. went public in 1993, but after its stock price tumbled it eventually was sold to beverage giant Constellation Brands
STZ,
.
Sonoma’s Ravenswood Winery Inc. made a rocky public debut in 1999, and was snapped up this January by E. & J. Gallo Winery along with 30 other brands, in one of the largest acquisitions in wine-industry history.

The agricultural nature of the wine business makes it tough for producers to provide quarterly guidance to investors.

“Wineries involve a tremendous amount of assets that sit around for long parts of the year,” McMillan said, pointing to the active growing and harvest seasons, but also the tendency for winery revenues to come in late in the year.

If all your sales happen in the fourth quarter, but there are almost zero in the first quarter, McMillan said it can be difficult to operate as a public company.

The boom in Special Purpose Acquisition Companies (SPACs), or “blank-check” companies, going public has led to speculation that everything from commercial real estate to wineries could be up for grabs.

At least that’s the strategy behind Santa Rosa, Calif.-based Vintage Wine Estates, which also plans to go public in May under the ticker VWE, reports Barron’s.

“There is so much cash in the market looking for good assets,” said Rabobank’s Rannekleiv, who published this chart on the tens of billions worth of SPAC funding announced since last year.

Looking ahead, McMillan said he feels pretty optimistic about the wine industry, particularly after a brutal year due to COVID-19 and wildfires that burned parts of Napa Valley.

“My own belief is that we are going to see a pretty good jump in sales volume over 2020 for the wine industry as we see reopenings,” he told MarketWatch.

“People have been saying it will be like the Roaring ’20s. I kind of like using the end of WWII as an example, because we have actual data around what happened with wine sales at that point,” he said, adding that when service members returned from the war, wine consumption spiked.

“We drank it all,” he said of U.S. wine inventories, which can take years to replenish, unlike beer or spirits. “People were looking to blow off a little steam.”