A benchmark-beating robot thinks AMC will outperform Facebook and GameStop. It likes these other stocks, too. 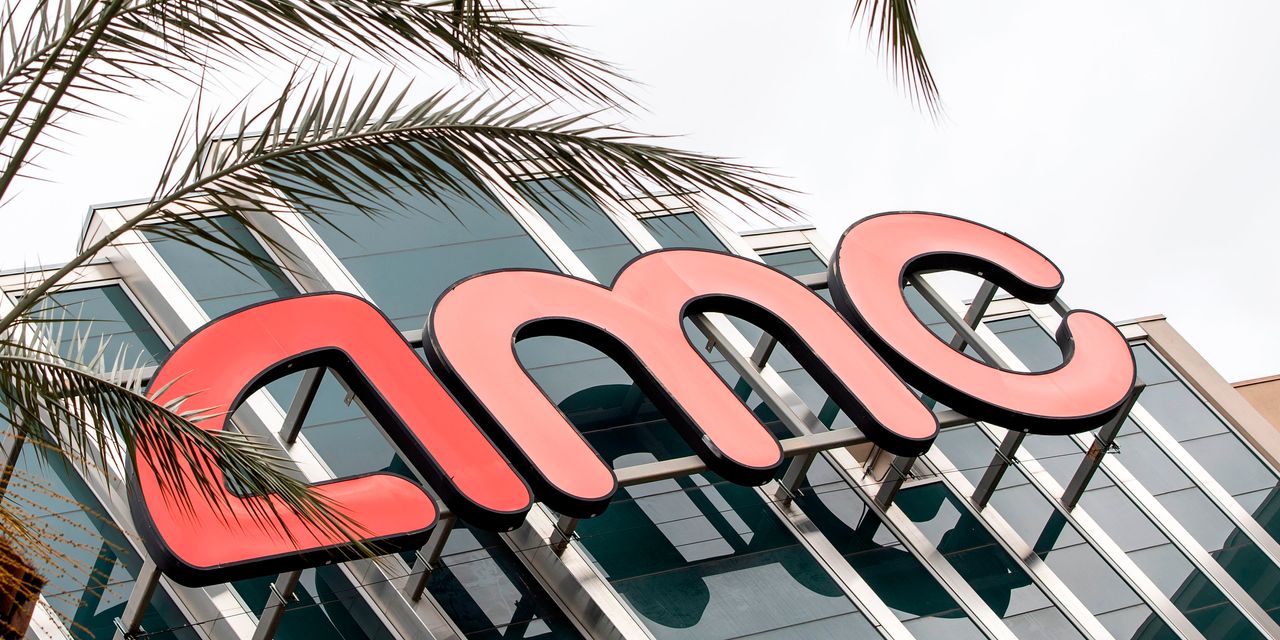 An exchange-traded fund run by artificial intelligence bought AMC stock at the beginning of July, preferring shares in the cinema chain and retail investor favorite over the likes of Facebook or Walmart.

on the New York Stock Exchange, removed some major technology and retail stocks from its portfolio this month as it shifted to focus on pandemic trades and reducing volatility.

together represented around 28% of the fund’s holdings in June, but all five stocks were completely removed in the latest rebalancing at the beginning of July. The artificial intelligence controlling the fund believes these stocks will see price declines across the month.

The standout among the stocks added in July was AMC
AMC,
,
the cinema chain that along with GameStop
GME,

has epitomized the “meme stock” trading frenzy in 2021.

A flock of investors, largely organized on social media platform Reddit, helped squeeze hedge funds’ short positions on companies including GameStop and AMC earlier this year. The trading frenzy caused multibillion-dollar losses for hedge funds, unbelievable gains for individuals that timed it right, and ushered in a new era of internet-inspired trading.

And now the AI calling the shots at AMOM thinks the stock will move even higher in July, buying enough shares to make up 1.8% of the fund. Bringing AMC into the fold came as the robot ditched fellow meme stock GameStop, which was added to AMOM in May but booted out after the stock fell more than 14% in June.

“Qraft’s AI model is not specifically designed to invest in meme stocks, but rather in stocks with high capital appreciation potential,” Geeseok Oh, a managing director at Qraft and the head of its Asia-Pacific business, told MarketWatch.

“AI is not swayed by prejudice or bias and may pick up meme stocks if the momentum seems highly positive,” said Oh. “This month, our model found AMC more opportunistic than other meme stocks like GameStop.”

Plus: Here’s how much bitcoin is worth, says JPMorgan, as crypto faces this summer headwind

“With Covid-19 reaching new peaks, the AI made trades related to the pandemic conditions,” Oh said. “Match Group is one of the beneficiaries of the pandemic with more people trying out online dating. Fortinet stock gained prominence with more and more governments emphasizing the importance of cybersecurity.”

“Given the volatile market sentiment, the AI seems to have adjusted portfolio and concentration to hedge against potential risks,” he said.

The fund is a product of Qraft, a Seoul, South Korea-based fintech group leveraging AI across its investment products, which include three other AI-picked versions of major indexes: a U.S. large cap index
QRFT,

AMOM is an actively managed portfolio driven by artificial intelligence, tracking 50 large-cap U.S. stocks and reweighting its holdings each month. It is based on a momentum strategy, with the AI behind its stock picks capitalizing on the movements of existing market trends to inform the decision to add, remove, or reweight holdings. The artificial intelligence scans the market and uses its predictive power to analyze a wide set of patterns that show stock-market momentum.

The entrance of AI-run funds onto Wall Street promised a new high-tech future for investing, though it hasn’t quite lived up to the hype yet. Theoretically, researchers have shown that AI investing strategies can beat the market by up to 40% on an annualized basis, when tested against historical data.

But Vasant Dhar, a professor at New York University’s Stern School of Business and the founder of machine-learning-based hedge fund SCT Capital Management, argued on MarketWatch in June 2020 that AI-run funds won’t “crack” the code of the stock market.

Advocating caution, Dhar said that it was difficult for funds underpinned by machine learning to maintain a sustainable edge over markets, which have “a nonstationary and adversarial nature.” He advised investors considering an AI system to ask tough questions, including how likely it is that the AI’s “edge” will persist into the future, and what the inherent uncertainties and range of performance outcomes for the fund are.