Americans who will get COVID-19 vaccine will do it for one reason more important than country, economy or community 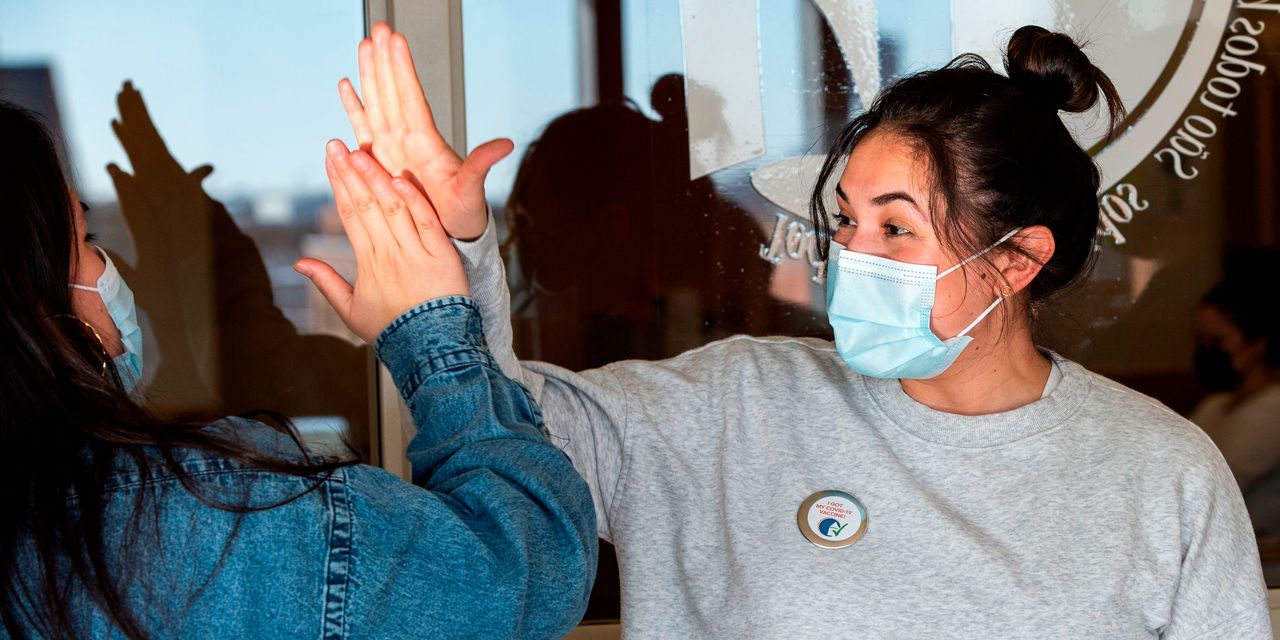 Family is the best motivator to get people vaccinated against COVID-19, according to a new analysis of what kinds of vaccine messages do and don’t hit home.

Asked who they would be most willing to take the COVID-19 vaccine for other than themselves, 53% of respondents to a recent survey by the de Beaumont Foundation and veteran pollster Frank Luntz said they would do it for their family. The other options — your country/America (20%), the economy (13%), your community (8%), and your friends (6%) — didn’t come close.

Playing up the benefits of vaccination, meanwhile, struck a stronger chord than “moralizing and lecturing,” the poll found. Sixty-two percent of respondents said the statement “getting vaccinated will help keep you, your family, your community, the economy and your country healthy and safe” was the most convincing message to get vaccinated, while just 38% said the same of the statement “taking the vaccine is the right thing to do” for those entities.

Leaders in politics and public health should talk about the benefits of vaccination, not merely the consequences of staying unvaccinated, the study found, suggesting they mention the negative in between two positives.

“In the eyes of Americans, the benefit of getting vaccinated that matters most is preventing more people (i.e., their family) from getting sick or dying. The consequence of not getting it is the continued damage to the economy,” the report authors wrote.

Messengers should also address any skepticism or concern while steering clear of judgmental language, and mention the people who developed vaccines rather than the companies, according to the survey results.

“Words can save lives,” Brian Castrucci, the president and CEO of the Bethesda, Md.-based de Beaumont Foundation, said in a statement. “Our ability to boost confidence in COVID-19 vaccines will depend largely on the language, the messengers, and methods we use to communicate to Americans that the vaccine will help keep them and their families safe and healthy.”

Among the study’s other takeaways that motivate people to take the vaccine: Emphasize a return to normal over predictability or certainty; refer to “medical experts” more than scientists or health experts; use the word “vaccination” rather than synonyms like injection, inoculation or shot; and focus on the transparency and rigor of the vaccine-development process more than on the money spent or the number of trial participants.

“
‘Democrats see the vaccine as a means to health and safety, while swing voters and Republicans see it as an economic boon in our return to normal. You need to apply BOTH messages.’
”

Hyperbole in describing the science that paved the way for a vaccine in record time didn’t inspire much confidence in survey respondents, with words such as “advanced” (40%) and “groundbreaking” (38%) beating out descriptors like “extraordinary” and “historic” (both 19%). Talking about “research” involved in the vaccine process was far more effective than using words like “study,” “investigate” or “examine.”

Also read: ‘How can we become trustworthy?’ Doctors and community leaders are working to counter vaccine hesitancy in Black and Latino Americans

The national poll of 1,400 registered U.S. voters was conducted Dec. 21 to Dec. 22 in partnership with multiple other organizations, including the American Public Health Association. It oversampled Black Americans and Latinx Americans, with 300 each.

Different groups require different messaging, the survey found. For example, “Democrats [and Latinos and Black Americans] see the vaccine as a means to health and safety, while swing voters and Republicans see it as an economic boon in our return to normal,” the authors wrote. “You need to apply BOTH messages to reach everyone.”

A key factor fueling vaccine hesitancy is worry about long-term side effects, according to the study. Messengers need to stress the very small probability of severe side effects (using specific numbers), explain that minor side effects are a normal sign that the body is building up protection, and note that side effects typically don’t last beyond a few days, the authors said.

People know the vaccines are effective, but they are more skeptical about safety, they added. “You don’t need to spend time on effectiveness; the 95% efficacy rate is your greatest asset in that area.”

The U.S. embarked on a mass vaccination effort in December with the emergency-use authorization and subsequent distribution of the Pfizer/BioNTech
PFE,

vaccines; health-care workers and long-term-care facility residents are first in line for access. The country has never reached herd immunity from natural infection with a novel virus — so far, vaccination has always been required.

Experts warn that it’s still hard to nail down a definitive estimate for what share of the population would need to be vaccinated to reach herd immunity against COVID-19. National Institute of Allergy and Infectious Diseases director Anthony Fauci said in November that while he isn’t yet sure what percentage of the U.S. would need to get vaccinated to achieve herd immunity, “I would imagine it’s somewhere between 75% and 85% at least.”

As new science emerges and polls show the public is increasingly open to getting vaccinated, Fauci has revised his herd-immunity estimates upward over time to reflect his true sense of how many people would likely need to get vaccinated.

In the same vein as the Luntz study’s “family” finding, promoting the idea of being a “protector” could help with vaccine outreach efforts, Lindsey Leininger, a public-health educator on faculty at Dartmouth College’s Tuck School of Business and “Nerdy-Girl-in-Chief” for the science-communication project Dear Pandemic, previously told MarketWatch.

Research suggests that communicating about herd immunity and the protection vaccination offers — not just to oneself, but to others — can boost intention to get vaccinated, Leininger said.

“Coaching people and educating people around the indirect benefits they’re going to proffer once they get vaccinated is going to be really important,” she said.