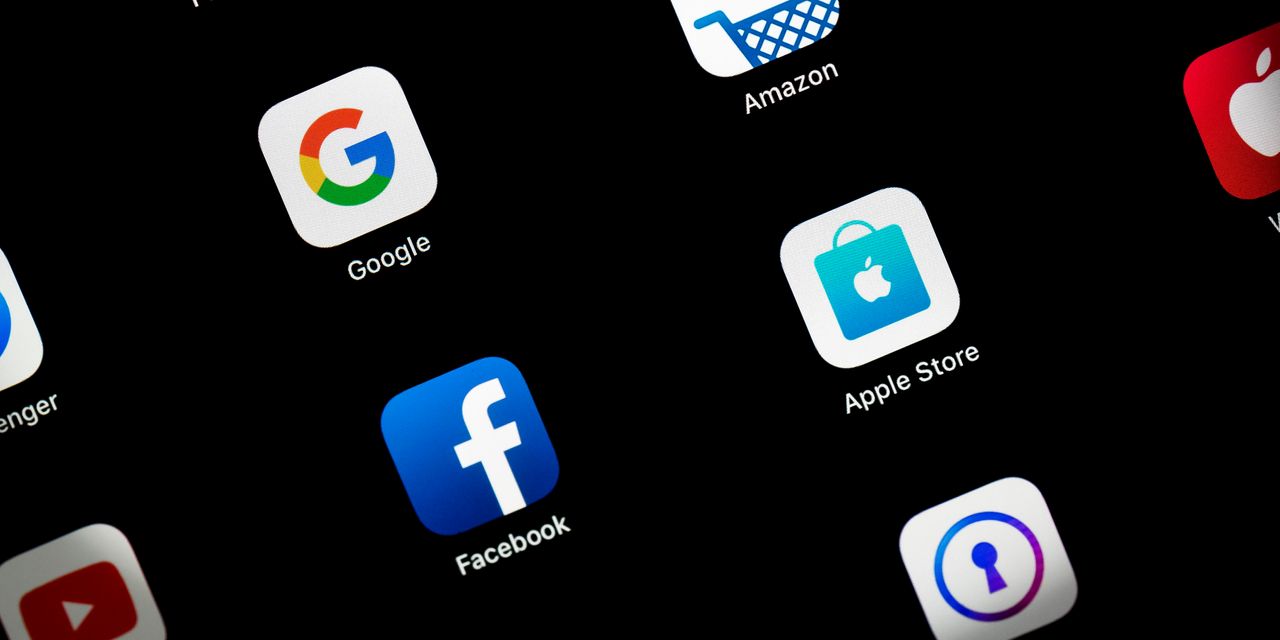 Federal antitrust charges against Alphabet Inc.’s Google; advertiser and user boycotts of Facebook Inc.; increasing scrutiny of Apple Inc. and Amazon.com Inc. by the news media and government regulators — all in the middle of a pandemic.

Yet, when Big Tech reported earnings en masse Thursday, most of the effects felt by those companies appeared to be positive: Amazon
AMZN,
,
Apple
AAPL,
,
Facebook
FB,

all reported record quarterly revenue, even amid the regulatory scrutiny, a congressional tongue-lashing and the seemingly endless coronavirus pandemic.

The combined revenue of the Big Four companies — which are worth about $5.3 trillion in total, roughly one-fifth of the S&P 500
SPX,

— came in at $220.28 billion last quarter, with double-digit revenue growth at all companies except Apple, which was only able to produce the best September-quarter sales in its history while the rest had their best quarterly revenue totals, period.

Profits at the Big Four totaled $38.08 billion, with growth at all the companies except Apple, which saw a 7% drop in net income due to a late rollout of the new iPhone. The overall performance is even better than last quarter, when the tech titans reported a combined $200 billion in revenue and a profit of nearly $29 billion, in the first full quarter of the COVID-19 pandemic.

The only other big difference, besides increasing profit and revenue, was a mixed performance in after-hours trading, as three of the companies had forecast issues that sat wrong with investors: Facebook’s jittery outlook, Apple’s lack of a forecast and Amazon’s projection of outsize spending on COVID-19 issues. Shares in all but Google, which does not provide forecasts, declined in late trading, after tremendous gains so far in 2020.

Alphabet’s Google search business saw a return to strength in online ads and YouTube, a surge in business that other internet and social-media companies have seen in the pandemic as most people stay at home and connect through social media, as seen in the earlier results of Pinterest Inc.
PINS,

For Apple, its fiscal fourth-quarter results were impacted by a later-than-usual launch of its much-anticipated next generation of iPhones. That led to an approximately $2 billion shortfall in anticipated iPhone sales, according to the consensus among analysts, who were looking for $28.08 billion in iPhone sales, versus the reported $26.44 billion. Apple’s shares were down 3.83% in after-hours trading.

Apple also saw a 28.8% decline in revenue in China, which the company attributed to the lack of new iPhones. Apple also did not give revenue guidance for its fiscal first quarter, even as it is in the throes of shipping its new iPhones for 5G networks. Chief Executive Tim Cook, though, tried to paint a more optimistic picture, adding: “We’re very bullish on this cycle, very bullish on it.”

Amazon, for its part, told investors that it expects to spend $4 billion in incremental COVID-19 costs, much higher than expected, which affected its forecast for operating profit, which came in at a lower range than expected, even after its record results. Amazon Chief Financial Officer Brian Olsavsky told analysts that the company has already incurred $7.5 billion in incremental COVID-19 costs for the first three quarters of the year.

More on Amazon earnings: Amazon has already had its most profitable year ever, with the holidays still to come

Costs will rise in the busy holiday quarter for a variety of reasons, because along with more employees, Amazon said it will see productivity hits as it adds more employee safety features, revises social-distancing practices and allows for longer breaks.

“The largest portion of these costs relate to productivity headwinds in our facilities, including process revisions to allow for social distancing and incremental cost to ramp up new facilities in the large influx of new employees hired for customer demand,” Olsavsky said.

It is worth mentioning, though, that Amazon has cited increased COVID-19 costs in its profit forecasts in each of the past two quarters, then easily surpassed its own guidance both times. Amazon even predicted that it would spend all its second-quarter profit ramping up, then produced the most profitable quarter in the company’s history.

While Facebook saw strong overall revenue and user growth, it saw its first decline in monthly and daily users in the U.S. and Canada in the third quarter, a bit of a surprise with so many consumers sheltering in place. It also predicted that its users in the U.S. and Canada would be flat or decline in the fourth quarter, as CEO Mark Zuckerberg started out the call talking about his fears about social unrest after the U.S. election.

While Facebook’s revenue did not appear to suffer from the summer boycott by many large advertisers due to divisive or misleading content on the platform, it appeared that Facebook is seeing more user fatigue in this contentious election. Facebook said its revenue grew with new advertisers coming on board due to the pandemic, and looking for new ways to reach customers.

“The acceleration in advertising revenue growth from Q2 to Q3 was largely driven by strong advertiser demand resulting from the accelerated shift from off-line to online exercise that we saw in connection with the pandemic,” Facebook Chief Financial Officer David Wehner told analysts.

None of the companies’ concerns seemed to be related to the increasing regulatory scrutiny of Big Tech. Just one day before Thursday’s flood of earnings, the Senate commerce committee held a remote hearing, where Republican senators accused Facebook, Google and Twitter Inc.
TWTR,

At the same time, Alphabet’s Google has been sued by the Department of Justice for anticompetitive behavior, and Apple is facing inquiries about its App Store. Alphabet Chief Executive Sundar Pichai told analysts on the company’s call Thursday that “our products are creating significant consumer benefit and we’ll confidently make our case.”

Big Tech’s big numbers show how resilient these companies are and how important their services have been during the pandemic. Investors seem spooked by their cautious holiday forecasts, but with all that these companies have overcome in the past three months while producing record sales and huge profit, it’s hard to believe that anything will slow down these seemingly unstoppable juggernauts.