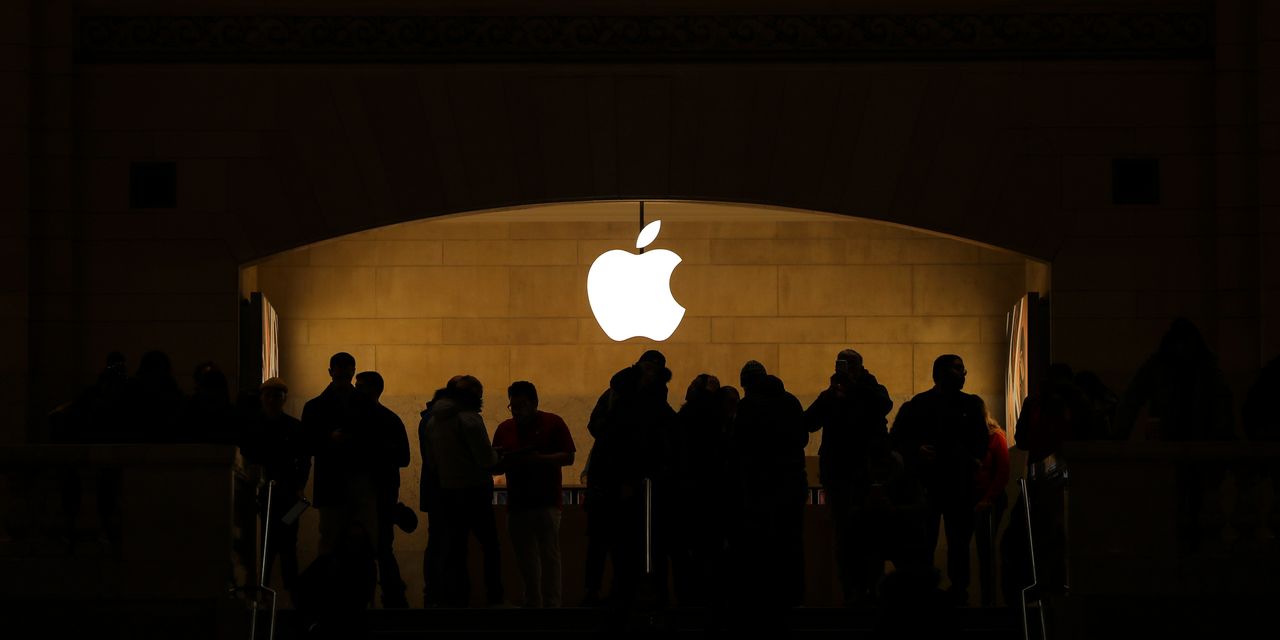 Apple Inc. kicked off its annual product announcement Tuesday with new iPads that included a lower starting price, while fans awaited news about the coming iPhone.

typically reveals its new lineup of devices every September, ahead of holiday shopping. In this year’s event at the company’s Cupertino, Calif., campus, Chief Executive Tim Cook showed off a commercial for coming Apple TV+ content before introducing new versions of the company’s iPad tablet line.

Apple is revamping its base iPad model to include an A13 chip, which the company said will support 20% faster CPU, GPU and neural-engine performance. The more powerful neural engine will support functions such as Live Text, a new iPadOS 15 feature that allows users to pull out text information from photos and work quicker, according to Apple.

The device will also have an updated signal processor, allowing for better photography with the rear camera. Apple is enhancing the front-facing camera as well, adding an upgraded, 12-megapixel camera that will work with Apple’s Center Stage feature, which senses where people are in a video call and adjusts the frame accordingly.

The device starts at $329, the same starting price as the previous iPad line, but with double the beginning storage configuration, which now start at 64GB instead of 32 GB. The new iPad will be available for preorders today, with availability beginning next week.

Apple also updated its iPad Mini for the first time since early 2019, and increased the starting price for the smaller tablet to $499 from the $399 starting price at the last launch. The new iPad mini will have new color options and rounded corners while increasing the screen size to 8.3 inches from 7.9 inches, though Apple is keeping the same footprint by making the usable screen area extend further to the edges of the device.

The iPad mini will have a TouchID sensor at the top right corner and feature a USB-C port, which will allow for faster connections to external devices like cameras and portable ultrasound machines. The CPU will bring a 40% increase in performance, while the GPU will offer an 80% increase in graphics performance versus the prior-generation iPad mini model, according to Apple. The device will be available in purple, pink, starlight, and space black color options, and can be preordered today with availability next week.

iPad sales have experienced a resurgence during the COVID-19 pandemic, as schools and students sought devices for remote learning and shelter-in-place restrictions boosted streaming video, videogames and other products popular on tablets. Apple reported iPad sales of more than $30 billion in the past 12 months of reported results, from July 2020 through June 26; In the 12 months before that period, Apple recorded $21.6 billion in iPad sales, and sales totaled $20.7 billion in the 12 months before that.

Tuesday’s event occurred against a backdrop of immense scrutiny and impending change for Apple’s business model. A federal judge ruled Friday that Apple could no longer block developers of mobile-gaming apps from steering consumers to other payment options outside of the app, which would allow companies to avoid the commissions of up to 30% that Apple charges.

Opinion: Ruling in Epic-Apple case could hit core of App Store, but avoids a dangerous label

That ruling, in an antitrust case launched by “Fortnite” maker Epic Games Inc. that both sides intend to appeal, also stated that Apple is not a monopolist acting unfairly, but legislators in the U.S. and elsewhere are examining updated or new antitrust laws to deal with the power of Big Tech. South Korea passed a new law last month that would require Apple and Google parent Alphabet Inc.
GOOG,

to allow alternate payment systems in third-party mobile apps, and members of the U.S. congress have also put forth new laws pertaining to app stores and other elements of Apple’s business model.

Apple has also been under fire for privacy and security issues, including plans to scan material on iPhones and in Apple’s iCloud for child pornography, a move that was recently delayed. On Monday, the company issued an emergency update for iPhones and iPads, reportedly to address a vulnerability that would allow any Apple device to be accessed remotely without any user action.

Apple stock has largely avoided negative repercussions from the scrutiny, however. Shares have gained 14.2% in the past three months, as the Dow Jones Industrial Average
DJIA,

Apple stock was down about 0.3% in Tuesday trading as the event began. Shares have not historically received a boost from iPhone events — on the day of the previous 16 events, including the introduction of the iPhone SE and iPhone SE 2, the stock has gained only four times, according to Dow Jones Market Data.