Apple’s ‘dark side’ led these brothers to launch the AppRising 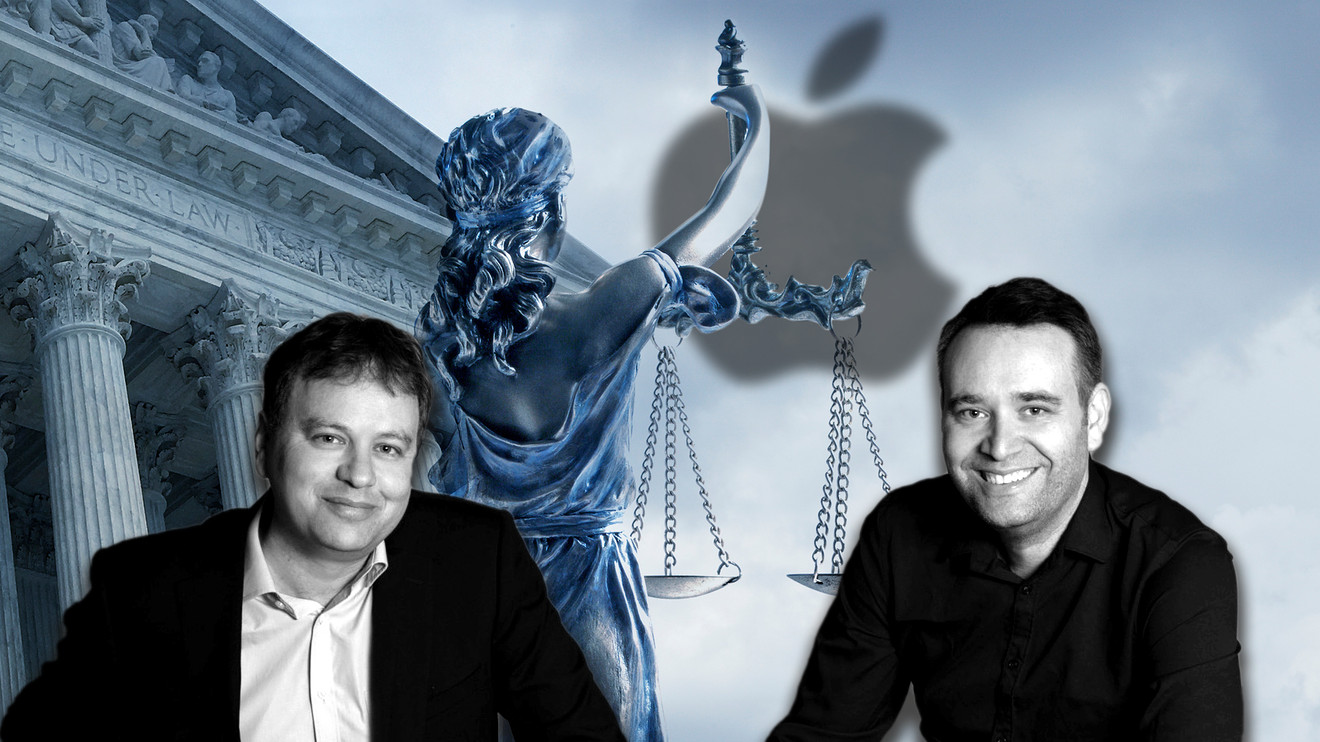 Ben and Dan Volach are unlikely candidates to lead a developer insurrection against Apple Inc., a company whose products they deeply admire.

But the chatty Israeli brothers, who have a knack of finishing each others’ sentences, find themselves at the vanguard of an “AppRising” against Apple
AAPL,

and its increasingly controversial App Store.

“We like Apple as a company, but they have a really dark side,” says Ben, explaining the motivation behind a David-vs.-Goliath lawsuit that has given antitrust scrutiny a kick in the behind and set the stage for Epic Games Inc.’s lawsuit against Apple following the eviction of mega-popular game “Fortnite” from the App Store. The brothers claim Apple outright copied a feature from their email app, BlueMail, and then immediately booted it from the App Store with no warning.

Read more: ‘Fortnite’s’ impact could be Epic on antitrust investigations of Big Tech

“Apple is a monopoly. It dictates what it wants, and how it wants to shape it,” adds Dan. “It’s about the way they behave — not their products. The practice is troubling. They should allow for competition.”

Ben, 37, and Dan, 43, decided to take on Apple, and challenge its 30% commission fee for developers on the App Store, when no one else would. Now, they find themselves on the front lines of a digital insurrection against the iPhone maker, shoulder-to-shoulder with Epic, Microsoft Corp.
MSFT,

, and other big names. An Epic spokeswoman said the company has no comment on the Volachs’ suit.

The Volachs’ company, Blix Inc., is the only other private company to file antitrust litigation against the iPhone maker, in October 2019, which led them to work closely with the staff of Rep. David Cicilline, D-R.I., chairman of the House Judiciary Antitrust Subcommittee, in advance of July’s hearings on Big Tech. Apple Chief Executive Tim Cook was briefly grilled on the business practices of the App Store, but defended its cut and insisted all of the store’s 1 million-plus developers were treated fairly. A spokesman for Cicilline declined comment on the Volachs’ participation.

At the hearings Rep. Hank Johnson, D-Ga., pressed Cook: “Has Apple ever retaliated against or disadvantaged a developer who went public with their frustrations with the App Store?”

“Sir, we do not retaliate or bully people,” Cook said flatly. “It’s strongly against our company culture.”

What got Cook and the Volachs there was Apple’s decision to introduce an app called Sign in With Apple, at the Worldwide Developers Conference in June 2019 that bore striking similarity to a feature on Blix’s email app BlueMail. Apple’s new feature lets users generate a random email address for apps when signing in, so they never need to hand over personal information to a third party.

In 2018, BlueMail added a patented feature that does precisely the same thing. Fueling the Volachs’ anxiety, Apple removed BlueMail from the Mac App Store a few days after debuting Sign in With Apple, underscoring their claim that Apple has manipulated the App Store to promote its own apps over competitors.

Among their arguments: Developers of iPhone apps over the years have repeatedly discovered that Apple had integrated technology similar to theirs into its devices, often at no charge to users. For example, flashlight apps that once flourished on the App Store were eliminated after Apple integrated them into iPhone screens.

But such are the vagaries of doing business on vast digital platforms, where the operators like Apple and Google often incorporate the best ideas that developers come up with, says James Currier, managing partner at venture-capital firm NFX.

“We are developers. All we want to do is bring applications to consumers,” says Ben Volach, who has 20 patents and applications. “We are really worried about bringing innovation to the market. [Apple] is ruling the world, and making it more difficult than ever to compete. They are acting more like gate keepers, and need to behave more like innovators.”

Their decision didn’t come lightly. Ben and Dan, who grew up in Haifa and split time between London and New Jersey, are not just unavowed Apple fans but they understand the vast influence of Apple’s App Store and Alphabet Inc.’s
GOOGL,

Blix, which claims it has data showing Apple suppressed App Store rankings of products that compete with Apple’s own apps, also believes Apple and Google are working in concert on pricing, which led Google to abruptly kick its BlueMail email app off its Play Store — 36 hours after Blix developers revealed they cooperated with House lawmakers.

“Google retaliated against us for outspokenness on antitrust issues,” Volach said.

A Google spokesperson said in a written statement that the BlueMail app had been reinstated to the store. Volach countered that unfavorable media coverage forced Google’s hand after only 15 hours.

What has emboldened the Volachs beyond outrage is their ability to devote the resources, time, and effort it requires to take on a corporate behemoth like Apple, which has a market value of more than $2 trillion.

While other small developers shrink from the financial obligations, the Volachs have a cushion of sorts: In 2006, they sold their mobile messenger company, Followap, to a company called Neustar for about $140 million.

Still, most app developers live and die with the Apple because most of their revenue comes from being distributed and sold on the store.

“Going public against the App Store is viewed as biting the hand that feeds you and few developers are so bold,” Adam Landis, CEO of videogaming company AdLibertas Inc. “No store means no distribution, which means no new users, which means no growth.”

But the Volachs — the standard bearers of an ideological campaign with the hashtag #fairness2020 and a website — are doubling down and calling on other developers hurt by Apple to join them and tell their story. Indeed, they haven’t ruled out a class-action lawsuit.

“We are optimistic, and we are going to keep fighting they are going to change,” Ben says. “A lot of smaller companies just don’t have the resources, time and effort to fight Apple.”

An Apple spokeswoman told MarketWatch that BlueMail was removed from the macOS store because of security concerns. Apple attempted to work with Blix to bring the app back to the store and offers developers a “fair and level playing field,” the company said in a statement.