As Bitcoin Is Stuck In A Correction, Investors Put Their Faith In Altcoins

Just as no news is good news, the resilience of an overheated market is viewed as a sign of strength. The cryptocurrency market bounced after the pullback that began last week. The desire to make quick profits at the expense of the market decline came to the forefront. Investors opened positions, buying assets at a steep discount. As a result, the crypto market came close to a total capitalization of $2.1 trillion again as we approached the end of the business week. 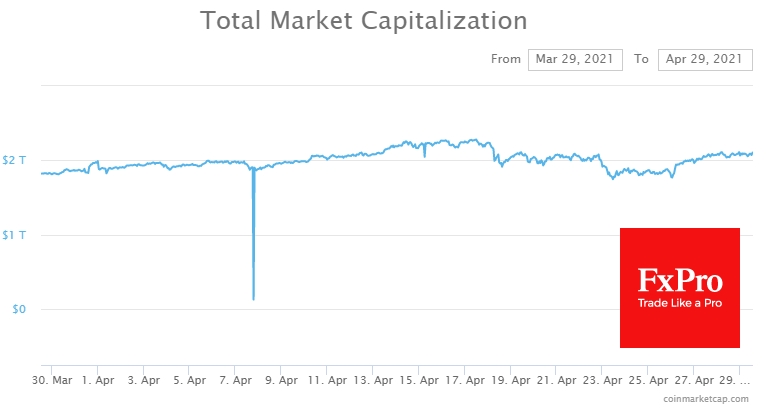 Nevertheless, there is cause for alarm. Despite ‘s ability to hold at relatively comfortable price levels for crypto market participants, the technical analysis points to a problem. The daily charts show that bitcoin's recovery bounce lost momentum as it approached the 50-day average. Earlier, the decline in the price accelerated sharply when it fell below this line, and now the bulls are failing to return the rate higher, which looks like one of the first signals of increased bearish sentiment. Falling below the 50 SMA for the first time since September might be the harbinger of a prolonged correction. In the meantime, the coin keeps balancing on comfortable price levels. 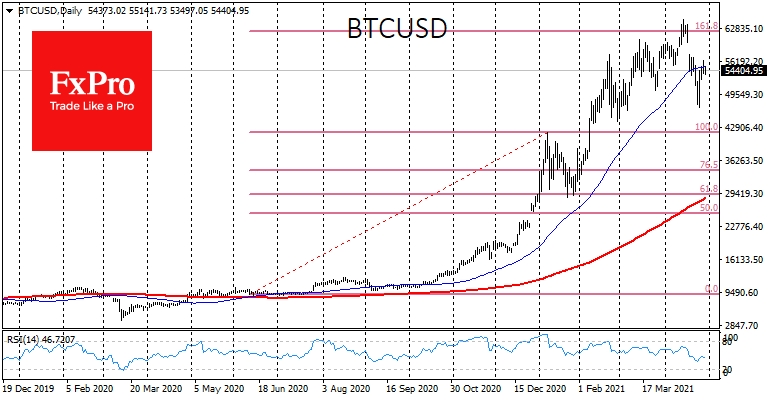 BTCUSD lost momentum as it approached the 50-day moving average

The launch of the Bitcoin-ETF was supposed to be another hypothetical factor supporting the positive background in the crypto market. However, the U.S. Securities and Exchange Commission (SEC) postponed a decision on the proposed VanEck ETF until June. There are currently 10 applications to launch the ETF, and the regulator needs more time for a comprehensive review. Thus, the SEC is taking its past approach to assessment, dragging out the timeline as much as possible.

CoinMetrics has summed up the impressive performance of cryptocurrencies. Investing $100 in 100 days ago would have earned you $2,742. The average transaction size on the Bitcoin blockchain over the past 100 days was an impressive $30,000. The blockchain is moving toward PoS, but at the same time, the hash rate on the network has increased by 89% in the last 100 days. As a result, we've seen a new surge of activity from miners who have bought all video cards on the market.

An important sign that the altcoin season is heading towards its highs may be the Bitcoin dominance index, which has fallen below 50% for the first time in 2 years, currently at 48.8%. On the one hand, this is a positive sign indicating broad demand for crypto assets. But on the other hand, it could indicate that Bitcoin is already too expensive for most investors, who are instead jumping on the bandwagon and buying altcoins in the expectation that their dynamics will overcome the overheated bitcoin.