As Ida drenched New York and beyond, the hurricane is on track to be most expensive ever 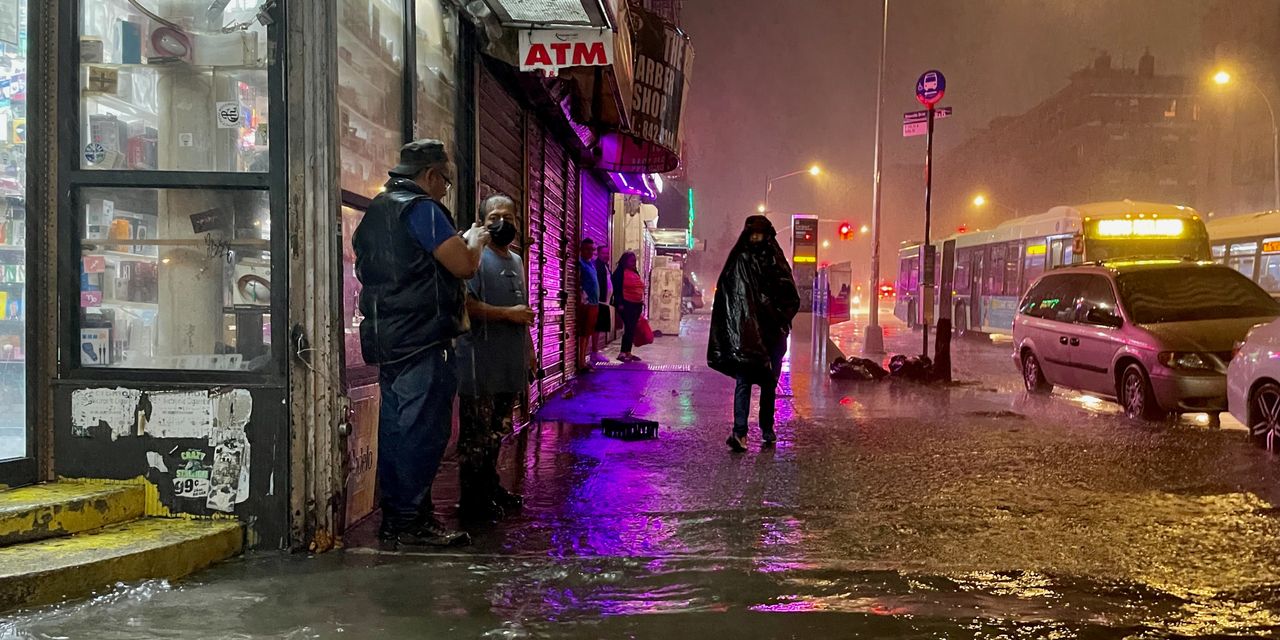 Global weather disasters tied to climate change strike four to five times more often and create seven times more damage than in the 1970s, which sets up Ida as likely the most expensive hurricane yet, the United Nations weather agency said this week.

A report from the U.N.’s World Meteorological Organization showed that weather disasters are killing far fewer people since the 1970s and 1980s as preventative measures are more common. But it’s costing us more to weather them out.

The report hit as dozens of deaths were reported in New York City and New Jersey as remnants from Ida triggered a state of emergency early Thursday and the storm carried into New England with threats of more tornadoes.

In Louisiana, where the storm made landfall Sunday, thousands of residents are still without electricity, running water and limited gasoline. Ida is the ninth named Atlantic storm in a season that kicked off in June and comes on the tails of a record number of hurricanes in 2020.

In the 1970s and 1980s, severe weather killed an average of about 170 people a day worldwide. In the 2010s, that dropped to about 40 per day, according to the WMO, which tracked more than 11,000 weather disasters in the past half-century.

The report also comes at the end of a disaster-studded summer that included deadly floods in Germany and a heat wave in the Mediterranean. In the Western United States, drought-worsened wildfires continue to burn.

“The good news is that we have been able to minimize the amount of casualties once we have started having growing amount of disasters: heatwaves, flooding events, drought, and especially … intense tropical storms like Ida,” Petteri Taalas, WMO’s secretary-general, told a news conference.

“But the bad news is that the economic losses have been growing very rapidly and this growth is supposed to continue,” he said, according to the Associated Press. “We are going to see more climatic extremes because of climate change, and these negative trends in climate will continue for the coming decades.”

Most deaths and structural damage during 50 years of tracking can be pinned on storms, flooding and drought.

More than 90% of the more than 2 million deaths are in what the U.N. considers developing nations, while nearly 60% of the economic damage occurred in richer countries.

At the same time, communities with funds are adapting, paying for weather warnings and preparedness that are lessening the death toll. Improved early warning and flood protection systems, as well as evacuation procedures, appear to be saving a significant number of lives.

The five most expensive weather disasters since 1970 were all storms in the United States, topped by 2005’s Hurricane Katrina. The five deadliest weather disasters were in Africa and Asia — topped by the Ethiopian drought and famine in the mid 1980s and Cyclone Bhola in Bangladesh in 1970.

Louisiana and Mississippi are still taking stock of what the powerful Category 4 Ida left behind. It hit exactly 16 years after Hurricane Katrina made landfall and devastated the area.

Ida is known to have killed at least four people in Louisiana, although the death toll is expected to rise, and it knocked out power for more than a million properties across Louisiana. Katrina killed more than 1,800 people and tallied up nearly $164 billion in economic losses.

“There is a chance that the economic cost will be higher then Katrina,” Taalas told reporters in Geneva, adding that it could take another month to have a clearer picture on costs. He made the remarks before the flooding materialized in the Northeast U.S.

Hurricanes Harvey and Maria, which both hit in 2017, are considered the second and third-costliest weather-related disasters after Katrina, carrying price tags of nearly $97 billion and over $69 billion respectively.

Mami Mizutori of the U.N. office for disaster risk reduction pointed to the difference in investment in the time between Katrina and Ida. In New Orleans, that meant $14.5 billion spent on building flood walls and levees as part of a hurricane and storm damage risk-reduction system.

“The economic loss indeed will be quite big, but the good news is that … the mortality has been very, very low, and this is because the city of New Orleans and Louisiana … invested in prevention,” she said.