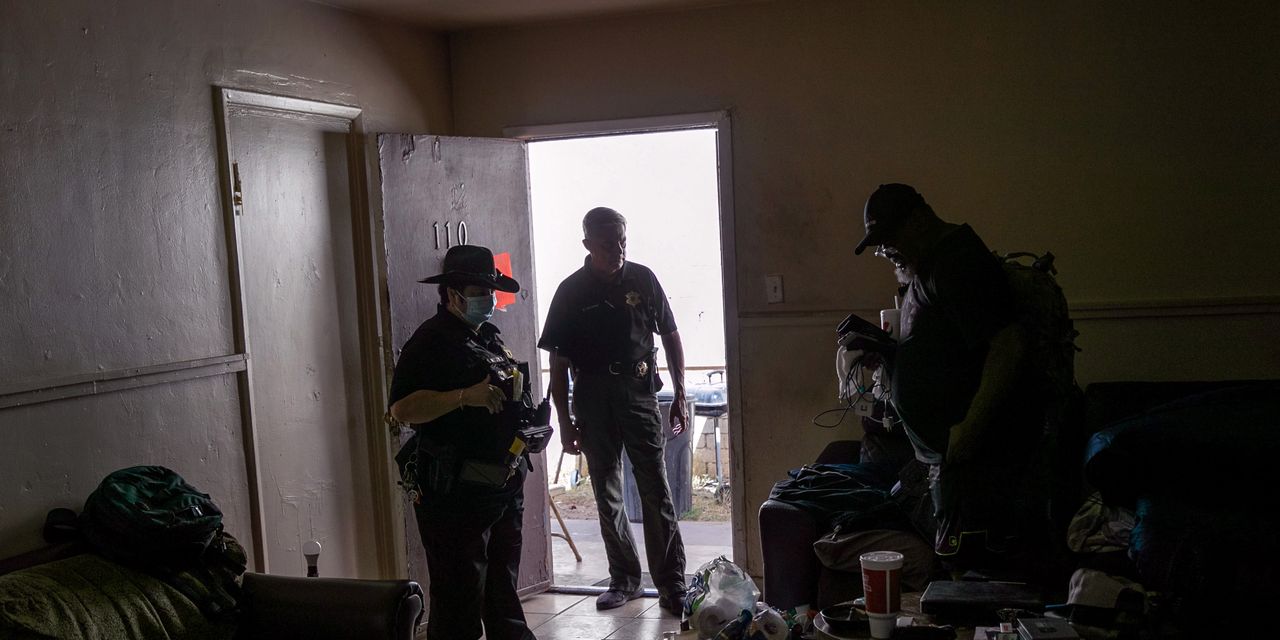 While Capitol Hill gamesmanship suddenly puts a $900 billion COVID-19 rescue bill in the lurch, crucial financial relief programs and protections are days away from vanishing, taking away aid for housing, unemployment, paid leave and more.

Without President Trump’s signature on a bill he calls a “disgrace” or some other form of congressional action, these safeguards and safety nets will go away at a moment when coronavirus cases keep rising and personal income and consumer spending are both declining.

On Thursday morning, House Republicans blocked a Democrat-backed bill that would increase direct check amounts to $2,000, up from the $600 checks contained in the rescue bill.

Trump called for the $2,000 checks when he raised his doubts about the bill Tuesday night.

One day earlier, Treasury Secretary Steven Mnuchin spoke on national television saying the $600 direct checks would start hitting accounts next week once the bill was passed and enacted.

What’s certain for now are the statutory deadlines that expire Dec. 31, if not sooner. Meanwhile, one extension on student loan payments gives an extra month before payments start coming due.

Here’s a look at that various deadlines nearing an end.

The U.S. Centers for Disease Control and Prevention issued a
nationwide eviction moratorium in September. Health officials argued that
people losing their homes could exacerbate the coronavirus pandemic, as
displaced renters could be forced to move into more crowded living conditions
with family or shelters.

The order expiring Dec. 31 isn’t a blanket protection but it
means that starting in January of next year, landlords can resume evicting
tenants.

The rescue bill would extend the moratorium by one month and would create a $25 billion rental assistance fund.

Without enactment, “tens of millions of people are at risk of losing their homes this winter with catastrophic consequences — for children, families, communities, and our country’s ability to contain the pandemic,”  Diane Yentel, president and CEO of the National Low Income Housing Coalition, said in a Sunday statement, when news first broke on a deal.

Some states and localities across the country have
issued their own moratoriums on evictions since March. Under the CDC’s order,
those moratoriums take precedence over the national one if they are more
proactive. Many of these eviction bans have already expired, but in some states
they will remain in place into next year.

California’s moratorium, for instance, lasts until the
beginning of February, while New Jersey has prohibited evictions until two
months after the state declares that its health emergency is over. Colorado
recently enacted a 30-day eviction moratorium.

Under the $2.2 trillion CARES act passed in March, homeowners with federally-backed mortgages — which includes loans backed by Fannie Mae
FNMA,
,
Freddie Mac
FMCC,
,
the FHA, the Department of Veterans Affairs and the U.S. Department of Agriculture — can request up to a year’s worth of forbearance on their home loan.

The legislation required mortgage servicers to provide an
initial forbearance period of 180 days, at the end of which borrowers could
request an extension of 180 days. The bill did not require that borrowers show
proof of financial hardship to qualify.

Because many homeowners initially requested forbearance back
in the spring, their initial forbearance periods will end soon. If they still
cannot afford to make their monthly payments, they need to request an extension
from their loan servicer. Otherwise, the servicer will move to set up a
repayment plan.

Homeowners should know they aren’t expected or required to
make all of their missed payments at once. They can work with their servicer to
set a suitable repayment plan, which could include an adjusted interest rate or
longer loan term.

Under these orders, mortgage servicers are barred from
pursuing new foreclosure actions against homeowners and evicting households. Homeowners
whose mortgages aren’t backed by the federal government can be foreclosed on or
evicted.

On Monday, the the Federal Housing Administration said it was pushing its foreclosure and eviction moratorium to Feb. 28, 2021 for single-family homes with an FHA-insured mortgage. It’s the fourth extension, the FHA said in a press release. The agency also said Feb. 28 will mark the deadline for single-family borrowers to seek a forbearance for an FHA-insured mortgage.

The COVID-19 relief bill would extend the program and infuse it with more cash, paying $300 weekly through March 14, according to the National Consumer Law Center.

For now, however, approximately 7.3 million PUA recipients will get their last check on Friday, Dec. 26 and another 4.65 million will have their benefits turn to $0 the same day, according to calculations from the left-leaning Century Foundation.

The day after Christmas marks “a grim cut off for those counting on Pandemic Unemployment Assistance,” Andrew Stettner, a senior fellow at the Century Foundation, previously told MarketWatch

Student loan borrowers won’t have to resume payments for at least a month into the new year, but whether the pause on student loan payments and collections will extend beyond January 31 will be up to President-elect Joe Biden, after Congress left an extension of the freeze out of the stimulus bill passed Monday.

Given that the economic devastation of the pandemic hasn’t let up, advocates are worried that borrowers won’t be financially ready to resume payments early next year. In a recent survey that returned 46,000 responses published by Student Debt Crisis, an advocacy group, 46% of borrowers said they don’t expect to be able to resume student loan payments in six months.

In addition, advocates worry the incremental extension of the freeze has created anxiety for borrowers. Now the first opportunity to extend the pause will come on Inauguration Day, just 11 days before the freeze is set to expire, making it challenging for borrowers to financially plan amid still widespread unemployment, and for the student loan system to adjust.

A federal law enabling paid sick leave and expanded family
and medical leave — the Families First Coronavirus Response Act — is expiring
at the end of the year.

The FFCRA applies to people who have to stay away from their
job because they have to quarantine. The law also applies to workers who need
to stay home to take care of a loved one, like
a child who’s suddenly stuck at home because of a school closure.

Approximately 87 million workers were potentially covered under the law’s eligibility requirements, according to the National Partnership for Women & Families.

A range of state and local laws might also kick in for
workers looking for paid time off, but experts note coverage under those
statutes are not a given.

Protections against
having utilities disconnected

At one point, 35 states implemented moratoriums blocking
utilities from shutting down gas, water and electricity for non-payment.

By Jan. 1, the number will be whittled down to five, according to a list from the National Energy Assistance Directors Association. The organization notes many states, however, already have pre-existing protections that prevent utility shutdowns as the temperature cools.

Though many moratoriums are coming to a close, experts say
cash-strapped consumers still
have ways to avoid shut-downs. One way is apply for financial
assistance to defray utility bills through the federally-funded Low Income Home
Energy Assistance Program. Another way is to call the utility directly to see
what sort of payment plan or deferral can be arranged.

In late summer, Trump signed an executive order allowing
employers to temporarily stop deducting 6.2% from an employee’s paycheck for
Social Security taxes. The deferral
is in place from Sept. 1 to Dec. 31 and it applies to people making
under $104,000 annually.

It’s up to employers to decide whether to arrange a deferral
for their employees. But one expert noted that if a paycheck is larger now
because it’s forgoing the tax,
it’s going to be smaller starting next year. That’s because the worker’s
6.2% tax obligation will be back in effect — and they will also be paying the
deferred taxes from September through December.

The relief bill would add more time for employees to pay
back the deferred portion, lengthening the repayment window through Dec. 31, 2021.

The tax code typically discourages people who tap their
401(k) plans early, assessing a 10% penalty on the withdrawals of anyone who’s
under age 59 and one-half. But the CARES act
put aside the early withdrawal penalty through Dec. 31. The same law
allowed people facing hardship from the pandemic to withdraw up to $100,000 this year from their IRA or
401(k); if they pay back the amount in three years, the account
holders can avoid paying income taxes on the retirement money they tapped this
year.

Experts caution the interim tax consequences can be complicated, but that may be a small price for people who need the money now.

Ampleforth Governance Token FORTH Listed on Coinbase By CoinQuora