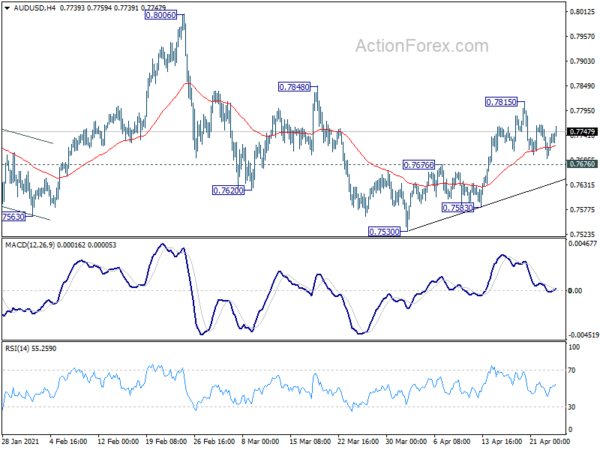 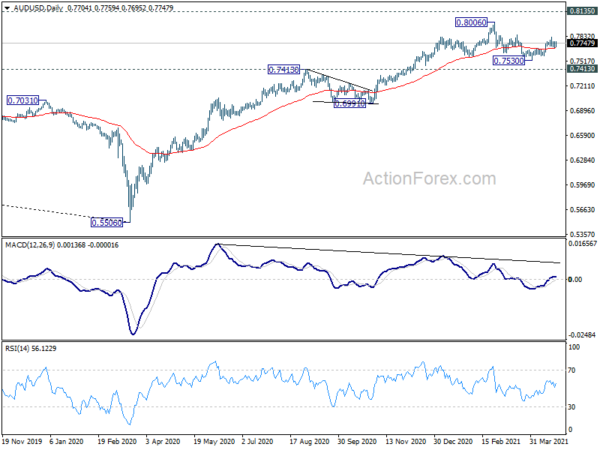 In the longer term picture, 0.5506 is a long term bottom, on bullish convergence condition in monthly MACD. Focus is now back on 0.8135 structural resistance. Decisive break there will raise the chance that rise from 0.5506 is an impulsive up trend. Next target should be 61.8% retracement at 0.8950 of 1.1079 to 0.5506 and above. Though, rejection by 0.8135 will keep the case of medium to long term sideway consolidation open. 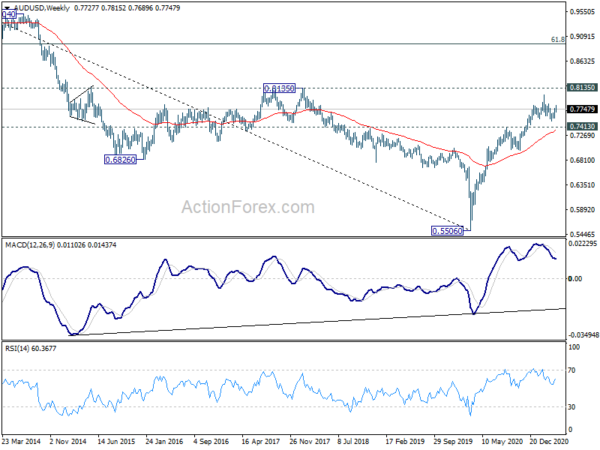 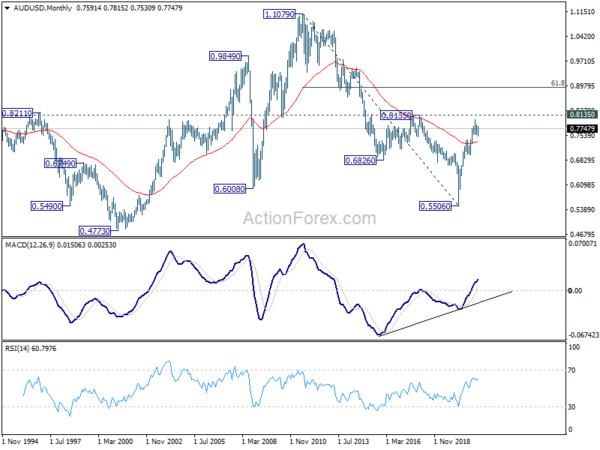