Aussie Ready to Turn Around after Late Rebound?

Dollar was in a pole position to end as the strong one but was the unfortunately knocked down by solid, but disappointing non-farm payroll report. The data did nothing to alter the base position of Fed officials that, it’s only time to talk about talking about tapering for now. Some more time is still needed for the impact of vaccination and inflation dynamics to fully play out.

Nevertheless, New Zealand Dollar actually as the as the worst performing one, paring some of recent gains. Euro was the second worst despite some solid data. But there is prospect for some upside in Euro, at least against Dollar and Yen, should ECB indicates that tis’ ready to scale back some the pace of asset purchases this week. Australian Dollar was surprisingly the strongest, and has technically the potential to outperform further ahead.

Dollar index’s rebound once again faltered last week and couldn’t even touch 55 day EMA (now at 90.71). With 90.90 resistance intact, near term outlook stay mildly bearish as fall from 93.43 could extend to retest 89.20 low. At this point, downside momentum in daily MACD doesn’t warrant a strong break there yet. Another rise and break through 90.90 resistance will extend the consolidation pattern from 89.20 with another rise, back towards 93.43. However, firm break of 89.20 will resume the down trend from 102.99 to 88.25 long term support and below. 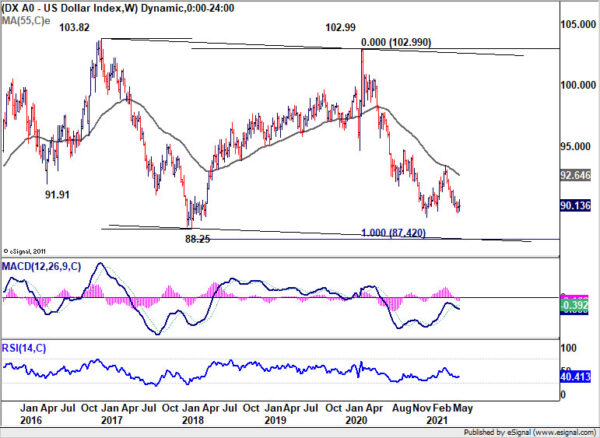 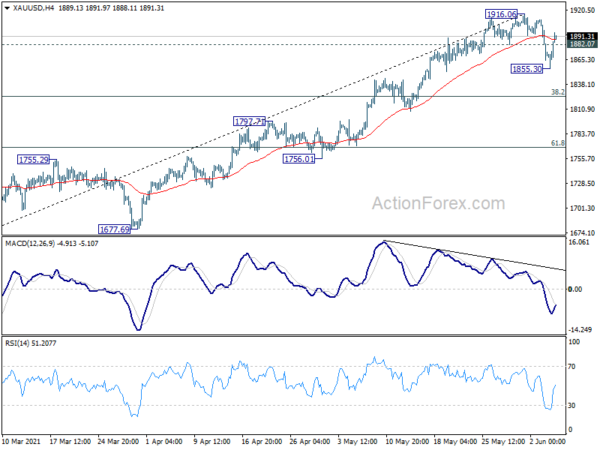 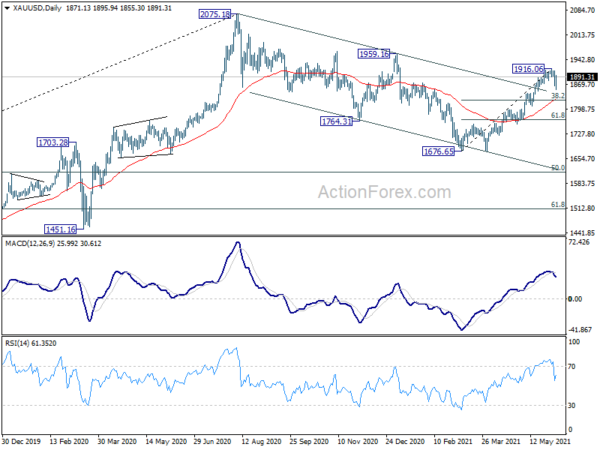 Aussie’s late rebound suggests it might be turning around

Australian Dollar surprisingly ended as the strongest one, with help from the very late rebound. Technically, there is prospect that the Aussie is turning around the weakness that lasted for around three months.

In particular, it now looks as if AUD/USD’s pull back from 0.7890 has completed at 0.7644. Initial focus is back on 0.7772 resistance this week. Firm break there will confirm this bullish case and bring stronger rally through 0.7890 resistance. Sustained break of 0.7890 will in turn argue that larger rise up trend from 0.5506 is resume to resume through 0.8006 high. 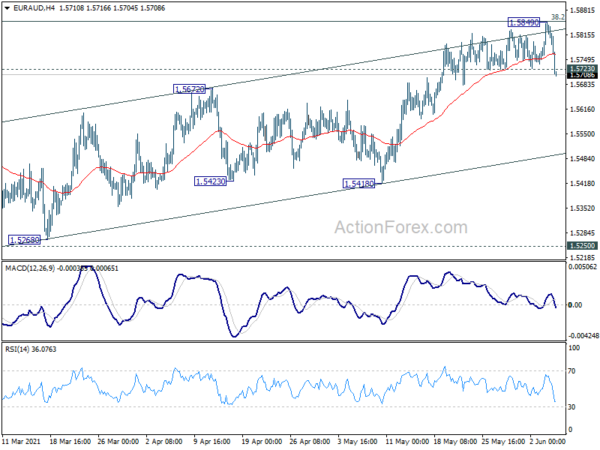 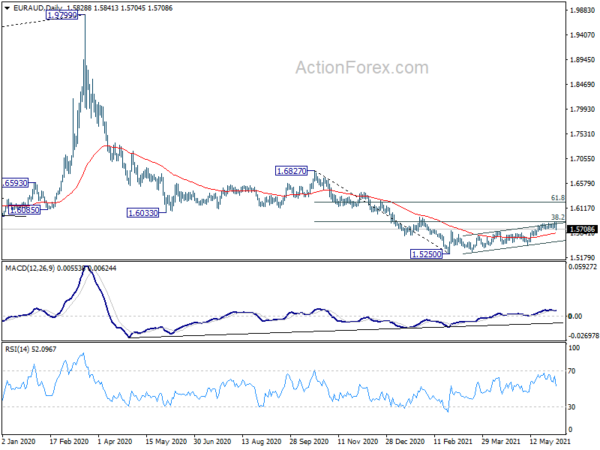 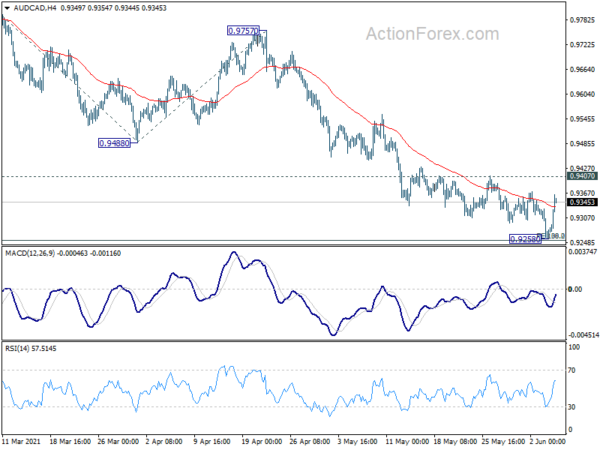 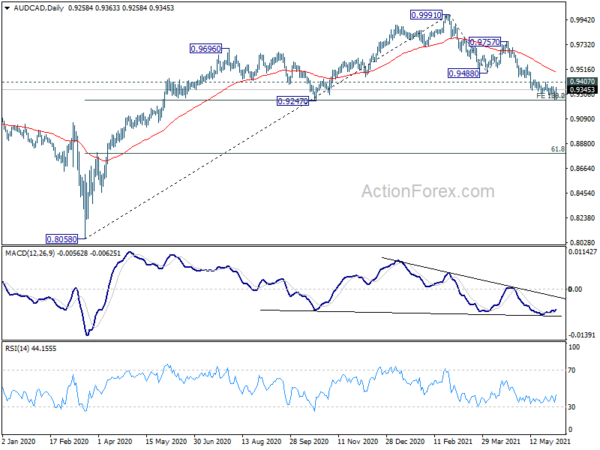 Finally, AUD/NZD extended the rebound from 1.0597, and break of 1.0702 support turned resistance suggests that decline from 1.0944 has completed. Further rise is now in favor back to 1.0805 resistance this week. Firm break there should confirm this case. More importantly, that would also raise the chance that consolidation pattern from 1.1042 has completed, and up trend from 0.9992 is ready to resume. Further rise should be seen back to 1.0944 resistance first. 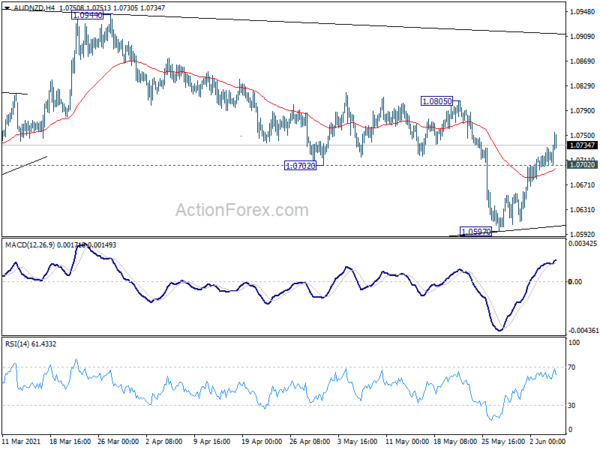 USD/JPY rose to 110.32 last week but dropped sharply since then. Initial bias remains neutral this week first, with immediate focus on 109.32 support. Break there will argue that choppy rebound from 107.47 has completed. Intraday bias will be turned back to the downside for 108.55 support, and then 107.47. On the upside, above 110.32 will resume the rebound to retest 110.95 high instead. 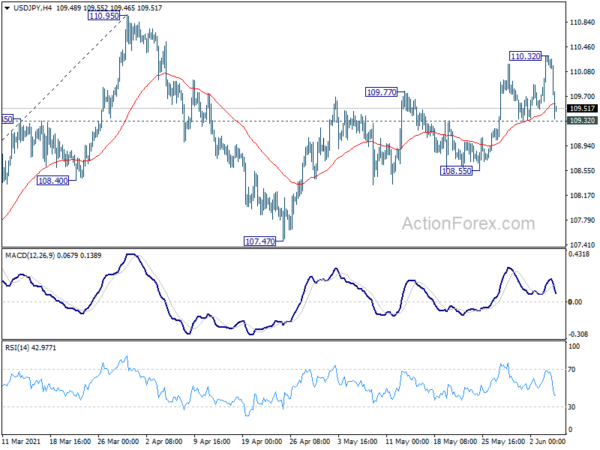 In the bigger picture, medium term outlook is staying neutral with 111.71 resistance intact. Though, as notable support was seen from 55 day EMA, rise from 102.58 is mildly in favor to extend higher. Decisive break of 111.71/112.22 resistance will suggest medium term bullish reversal. Rise from 101.18 could then target 118.65 resistance (Dec 2016) and above. 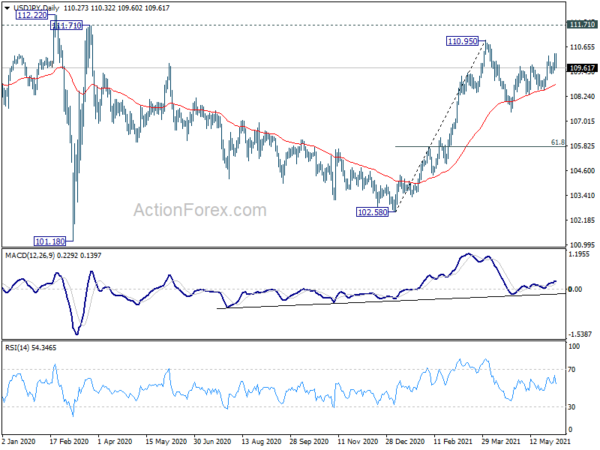