Bernie’s secret weapon on minimum wage? The guy who wrote the book on Senate budget rules 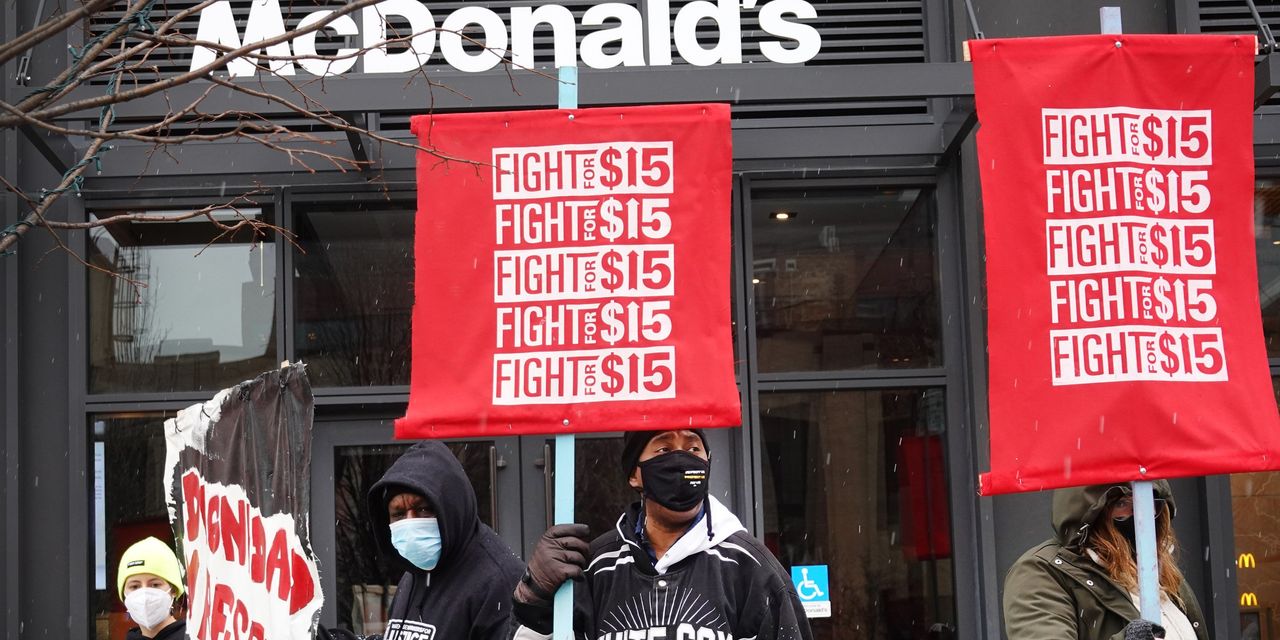 If millions of Americans see a pay raise because the federal minimum wage gets hiked on a party-line vote in the Senate, there will be a rush by Democratic lawmakers and the White House to take credit.

But one Senate committee staffer — who had been retired from the chamber until only a few weeks ago — may have as much claim to victory as any lawmaker who casts a vote: Bill Dauster, chief counsel for Sen. Bernie Sanders’ Budget Committee.

Dauster has long been known on Capitol Hill as a budget process expert extraordinaire, having literally written a book, “Budget Process Law Annotated,” on the subject during his more than 30 years on the Hill.

“He’s a solid guy — not acerbic, doesn’t yell and beat on the table, and makes his point the way good debaters do,” said Bill Hoagland, who sparred with Dauster for years from the other side of the aisle as long-time Republican budget aide.

“If you’re going up against Bill, you better be prepared. That’s all I can say,” Hoagland said.

As chief counsel, Dauster has had a strong hand in the big procedural fight of the $1.9 trillion stimulus bill — whether a minimum-wage hike was allowable under special Senate rules that govern fast-track budget reconciliation bills.

If the Senate parliamentarian rules against allowing the minimum-wage boost in reconciliation, Democrats have said they will try to find other ways, including advancing it separately from the budget process, to raise the wage.

But the fact that the parliamentarian did not issue a quick ruling, as had been expected, has been seen by Democrats as a sign it is a close, and possibly winnable, call.

Dauster’s reentry to the Hill came as Sanders ramped up what many budget experts thought would be a futile quest to include a boost in the minimum wage in reconciliation, an optional process lawmakers can use to speed budget-related law changes through Congress, with bills immune to the filibuster in the Senate.

Hoagland said Dauster’s insight was that the nonpartisan Congressional Budget Office was prepared to make a more in-depth study of the indirect effects of a minimum-wage increase on the federal budget, not just an estimate of how much more the government itself would spend on paying its workers a higher wage, and that that could then change the parliamentary equation.

In January, Dauster authored a guest op-ed in Roll Call, a newspaper covering Capitol Hill. While conventional wisdom argued a minimum-wage boost would have too little budget impact to avoid running afoul of the Byrd rule prohibition on “extraneous” material in reconciliation bills, Dauster in his op-ed said even those relatively minor impacts, as scored by the CBO for a 2019 minimum-wage bill, should be enough to avoid the Byrd prohibition on “merely incidental” budget effects.

“So it comes down to a judgment of whether the budget effects of raising the minimum wage are ‘merely incidental’ to its nonbudgetary effects,” he wrote.

A few weeks later, the CBO issued a score for an updated minimum-wage bill, taking a broader look at its impact on the economy and how that would affect the government’s finances. That score found it would increase the deficit by $54 billion over an 11-year period, the CBO said, “using techniques [CBO] has developed over the past two years.” That compared with a $76 million deficit increase for the 2019 bill.

Hoagland said the CBO’s approach raises questions of whether big spending changes would now be treated as behavior-changing and “dynamic” by the agency, an approach Democrats rejected when the GOP wanted it used to reduce the revenue-loss estimates for tax cuts.

In his January op-ed, Dauster also noted that the 2017 tax cuts passed by Republicans under reconciliation contained provisions to zero out the penalty for people not buying health insurance and to open up the Arctic National Wildlife Refuge to energy exploration.

“If it could do those things, it should be able to raise the minimum wage,” Dauster wrote of reconciliation.

On Feb. 15, at Sanders’ request, the CBO sent a him letter comparing the breadth of those impacts — how many budget subject areas they touched — with the breadth of a minimum-wage boost. The CBO said the wage boost’s impact would indeed be felt in more areas, an answer Democrats likely knew before they requested the letter but now had on public record.

In addition to his knowledge of budget process law, Dauster has been described as a “Star Trek” fan and after his retirement took up writing Wikipedia entries on weekly portions of the Torah.

In a profile in Washington Jewish Week in 2017, Dauster was quoted as saying of his retirement plans, “I want to read the classics. I want to watch a lot of movies, maybe take some classes.”

“When we start talking about replacing President [Donald] Trump with somebody else, then I may pay attention again to what’s going on in Washington.”