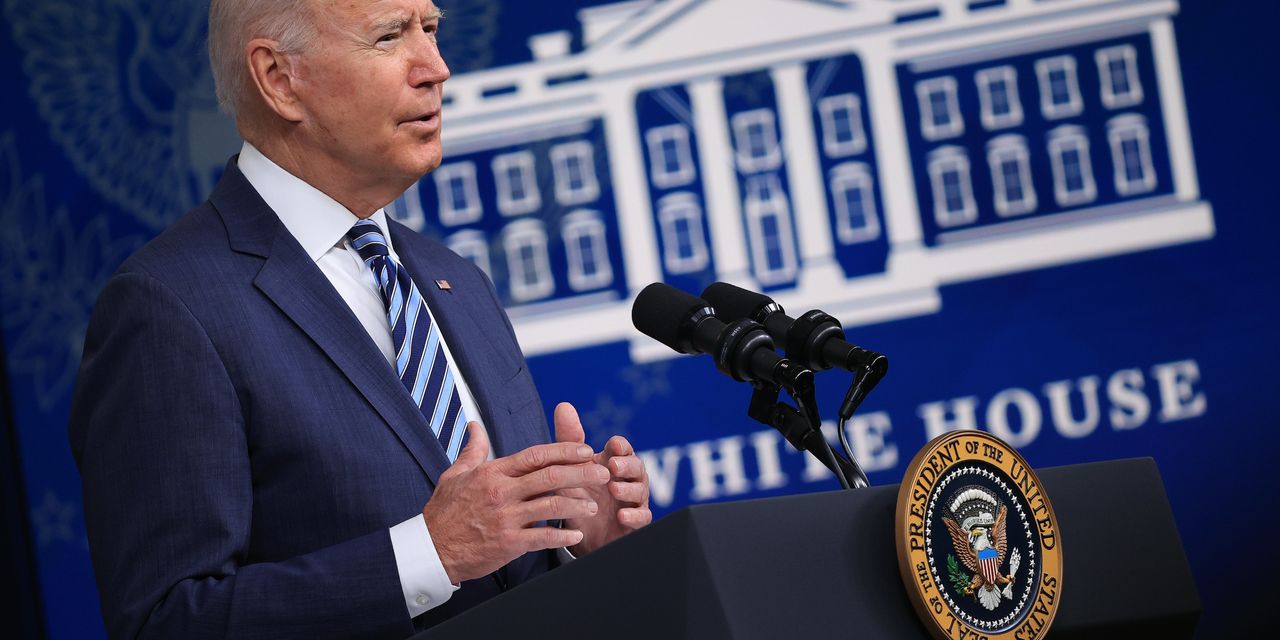 President Joe Biden on Thursday called on insurance companies to “do the right thing” and pay policyholders, amid what he said were reports of denial of some coverage related to Hurricane Ida.

“We’re hearing reports of some insurance companies may deny coverage for additional living assistance expenses, unless the homeowner was under a mandatory evacuation order,” Biden said in remarks from the White House.

Speaking on the federal government’s response to the storm, Biden told insurers
KIE,

IAK,
,
“don’t hide behind the fine print and technicality — do your job.”

“Keep your commitments to your communities that you insure, do the right thing, and pay your policyholders what you owe them to cover the cost of temporary housing in the midst of a natural disaster,” Biden said.

Biden said certain parishes in Louisiana may not even have had time to make a mandatory evacuation order during the fast-moving storm. “No one fled this killer storm because they were looking for a vacation,” he said.

The president is planning to visit New Orleans on Friday to survey storm damage.

In New York City and New Jersey, meanwhile, the Associated Press said at least eight deaths were reported as relentless rain from the remnants of Ida sent the New York City area into a state of emergency early Thursday and the storm carried into New England with threats of more tornadoes.