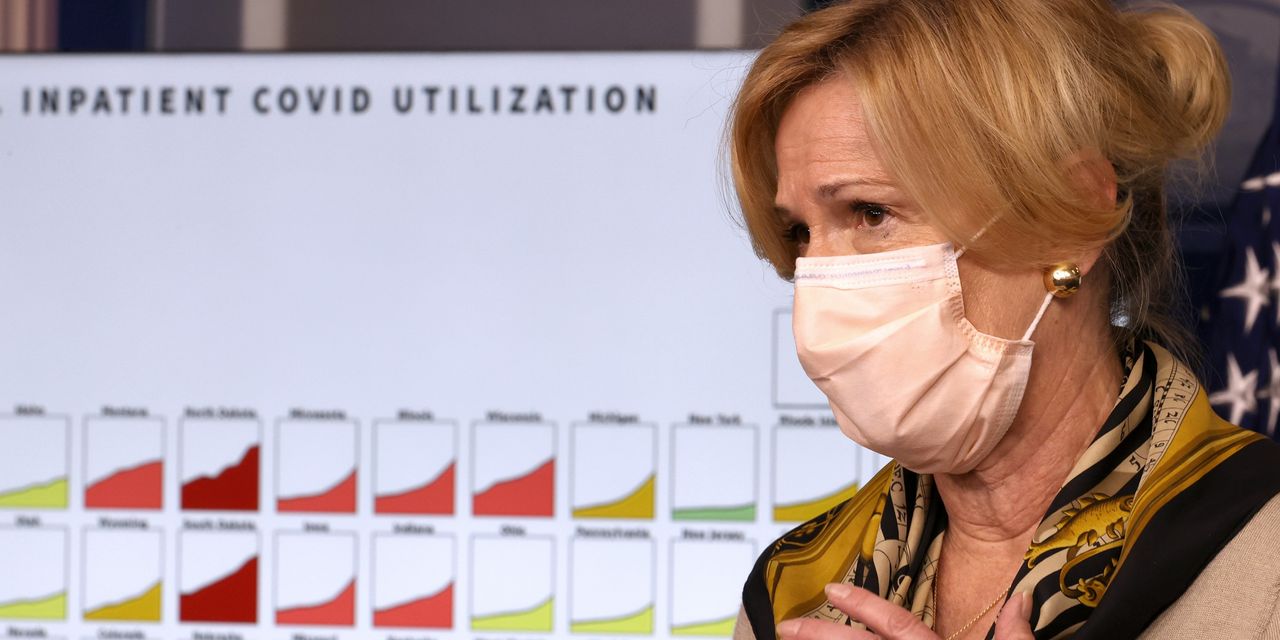 In a wide-ranging interview with CBS News’ “Face the Nation” on Sunday, Birx said “outside advisers” were feeding then-President Donald Trump a “parallel data stream.”

“
“I saw the president presenting graphs that I never made. So, I know that someone out there or someone inside was creating a parallel set of data and graphics that were shown to the president. . . .  I know what I sent up and I know that what was in his hands was different from that.”
”

Birx said the flow of incomplete and misleading information to the president deeply troubled her.

“I’ve built my career on data transparency and accountability,” she said. “We don’t cut it in pieces and say, we’re only going to look at it in this six weeks because it makes us look better… You can’t do that. You have to use the entire database.”

Birx cited Dr. Scott Atlas as one of those pushing the “parallel data streams,” but said she doesn’t know who else was involved.

She added that there were people in the White House “who definitely believed that this was a hoax.”

Birx said she was constantly under political pressure and understaffed, and “always” considered quitting, but the opportunity to do good outweighed the political tribulations. “I had to ask myself every morning, is there something that I think I can do that would be helpful in responding to this pandemic?”

Birx announced her retirement in December.