Crypto bears are getting louder and louder in the market, pushing the total crypto capitalization down $300 billion in a week.

Last week, twice received support on the decline to $45,000, on a 61.8% Fibonacci correction after the two-fold growth from late January to the February maximum of $57,000. That correction may have cooled the market briefly, laying the ground for a new upward momentum and updated highs. 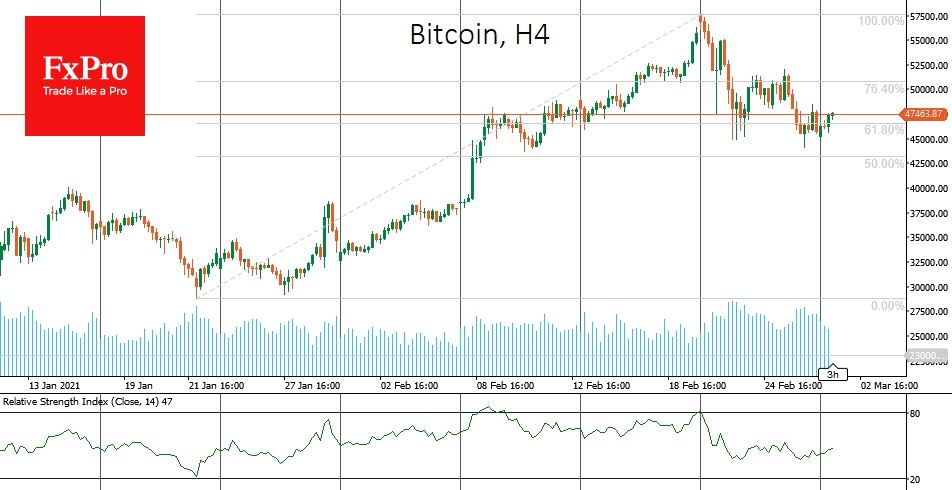 Bitcoin twice received support on the decline to $45,000

Certainly, the focus is on Bitcoin and a few of the largest altcoins, but looking at the market from a broad perspective, altcoins are taking the biggest hit right now, showing double-digit declines. This is because smaller capitalization coins have been bought by non-professional retail investors, making them very volatile.

, a leading altcoin at the correction's peak, was losing nearly $600 in a week. Although most market participants now declare what is happening as a natural process, which was quite predictable, they have become more cautious about the future. 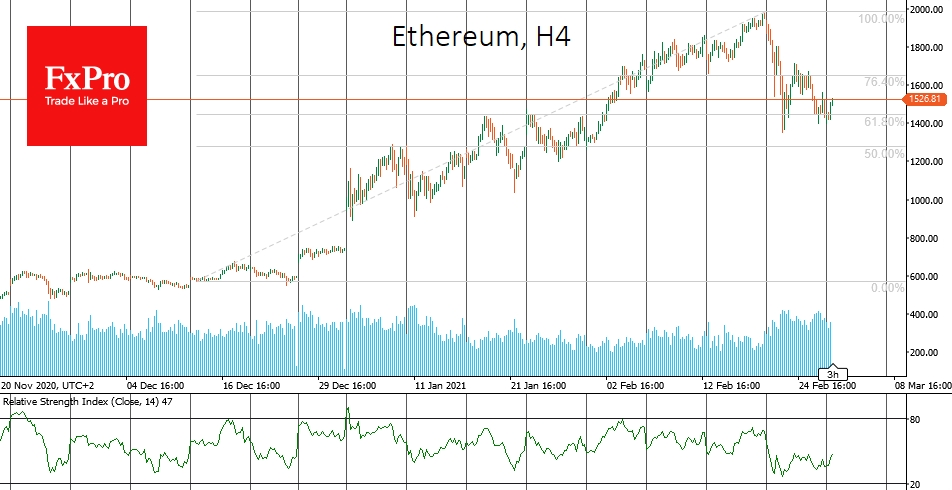 Ethereum finding support at $1400 after some decline from the top

The Fear & Greed Index for Bitcoin and major cryptocurrencies, which has fallen 56 points since last week to a value of “38,” which corresponds to the “fear” mode, may also speak in favour of greater caution.

Once upon a time, the correlation between traditional and cryptocurrency markets was rejected by Bitcoin supporters. However, in just a few years, the situation has completely changed. Now, what is happening in the stock market is directly linked to the prospects of Bitcoin and the entire crypto market.

Rising yields on U.S. bonds provoke the closing of positions, which immediately affects the crypto market. Both markets desperately need good news to keep the party going. Bitcoin needs the next Elon Musk, and the stock market needs the promise of a non-stop money printing press. There are no guarantees in either case.