is making another attempt to test an important $40K resistance level. Over the past 24 hours, the benchmark cryptocurrency is up 4%, approaching $39K. It is too early to draw final conclusions, but the renewal of the highs of the outgoing week can be considered a local victory for the bulls. 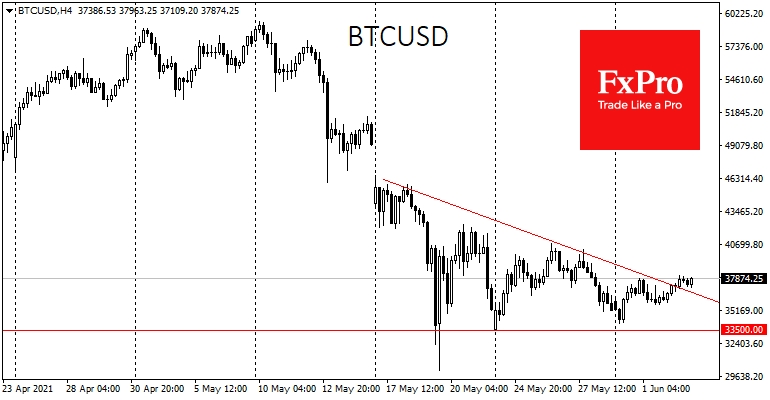 Bitcoin is making another attempt to test an important $40K

During the last two weeks, there was a sequence of declining peaks on the Bitcoin chart, and the attempt to break this trend should be seen as a bullish signal. If it remains in force, we may see a clear revival of institutional buyers by the end of the week, followed by retail investors who may enter the market over the weekend.

Altcoins are supporting the first cryptocurrency to break the $40K resistance level. The leading altcoin (ETH) shows a 5% increase over the day and is trying to get back to $3K. (BNB) jumped 10% and is trading around $413. Most altcoins are in the green zone now. Thus, market participants may demonstrate their willingness to return to purchases amid the belief that the recent market decline was still a deep correction rather than a broad trend reversal. 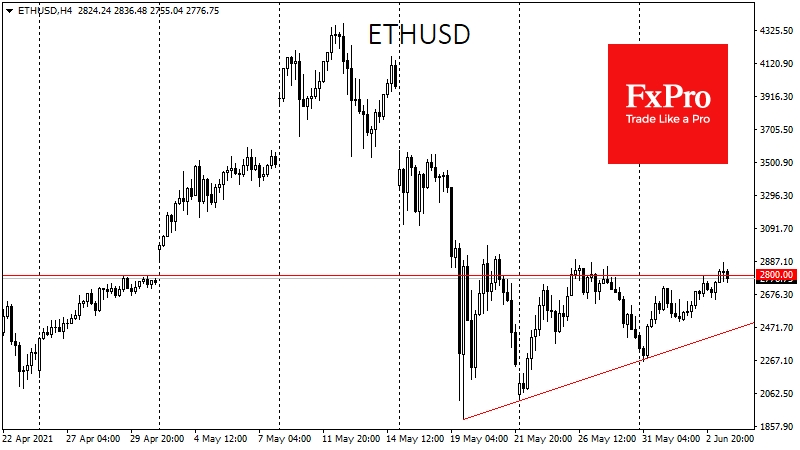 Ethereum is trying to get back above $3K

Environmental claims and regulation have been the main brakes for the current cryptocurrency rally. The contemporary corporate culture implies the need to follow various global trends, including environmental issues. After all, if Elon Musk was forced to withdraw his support for Bitcoin because of corporate pressure, then other major investors will also be forced to consider in their decisions the views of “greens,” who consider Bitcoin “not environmentally friendly”.

The regulation also opens an interesting field for analysis. Everyone knows China's position on cryptocurrencies. Now Beijing has once again unequivocally pointed the cryptocurrency market to the exit. Nevertheless, there are signs that Chinese investors are still working, which tells us all about the complexity and ambiguity of the current situation. The market has become significantly more global, and Bitcoin was created precisely to circumvent any firewalls.

Everyone in the market is coming to realize that, in the end, Chinese investors can trade formally outside of China, miners can move to any other jurisdiction where it is cold, and there is cheap energy. The only real vulnerability of cryptocurrencies is the need to peg to national currencies. Therefore, the Fed and the ECB are not making loud statements and do not ban or threaten market participants, giving them the opportunity to build infrastructure.

Authorities of developed countries understand that they need more statistics to make decisions. Besides, China acts as a testing ground for its aggressive policy against cryptocurrencies. We can assume that in the current format, the market can survive another cycle of decline and growth, which opens great opportunities for investors.