Bitcoin Closing In On Biggest Monthly Dip Since 2011

is en route to its worst monthly close in a decade.

Bitcoin was down over 36% in May, at time of writing, with hours left until the monthly closing. dipped 9% in May.

Bitcoin looked like it was about to close its biggest monthly dip since 2011.

Bitcoin was down 40% from record highs recorded in April, while Ethereum was roughly 42.4% off its all-time high. The correction has been particularly notable over the last two weeks after the market suffered its heaviest drop since March 2020 earlier this month.

Support was broken around $45,000 in the second week of May, leading to a massive sell-off due to cascading liquidations. It hit lows of around $30,000.

Bitcoin first dropped below $50,000 on May 12 after a three-month consolidation. The sell-off was initiated by spot sellers and later intensified due to liquidations in the futures market. 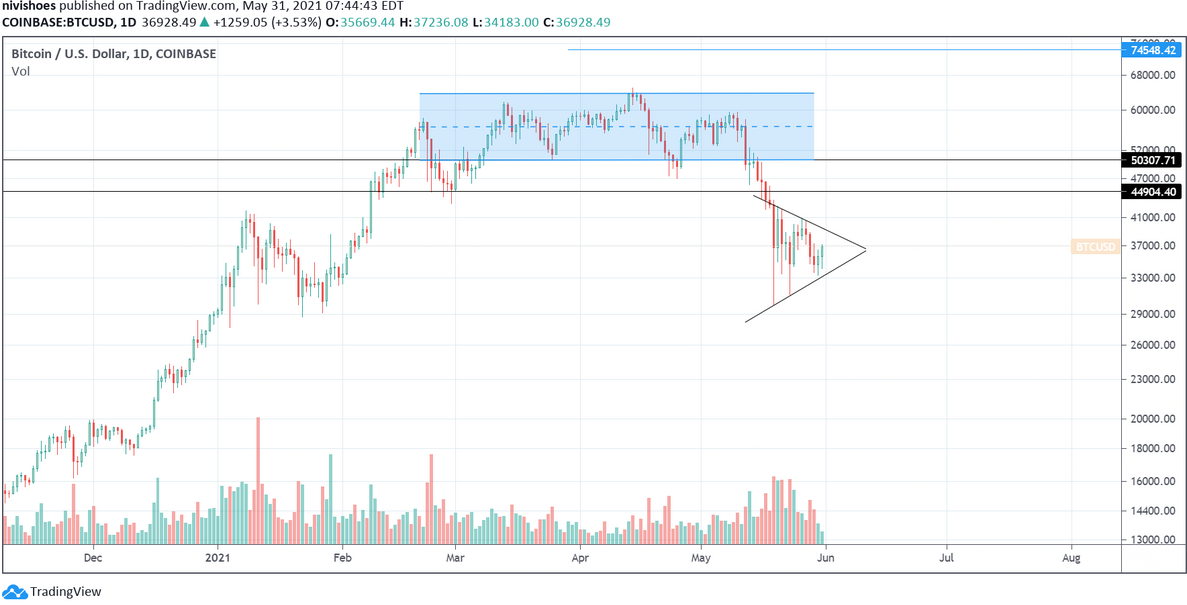 On May 19, the sell-off reached its peak, causing cascading liquidations across the futures market and in .

The total Open Interest (OI) volume of the derivatives market at the beginning of May was $31.1 billion. Nearly $12.2 billion has been wiped out from the futures and perpetual swaps in May.

According to data from Glassnode, 76.5% of the Bitcoin supply is in profit. In other words, 76.5% of circulating coins are at a higher price than when they were last moved. The metric acts as a proxy for a top and bottom indicator; a 99% supply in profit suggests a top, while a 40% supply in profit often marks a bottom. 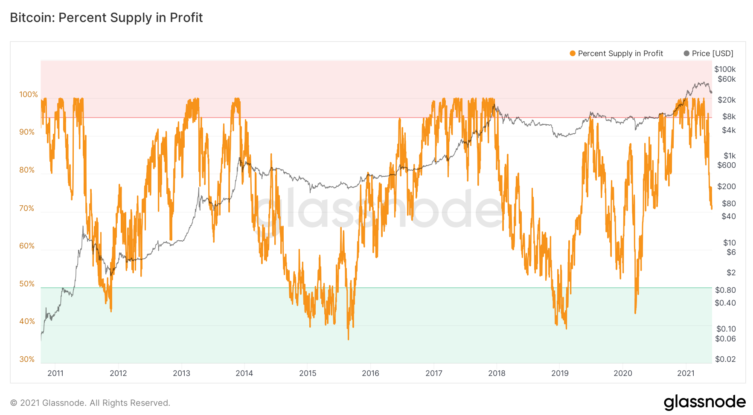 There is some optimism across the market due to the rising inflation rates for Bitcoin and the development of the DeFi sector. However, the fear of a long-term bear market is palpable among participants.

A Shift In Sentiment

The change in sentiment has been particularly noticeable in recent weeks. One of the biggest concerns is the resemblance the latest crash has with previous bear markets.

Bitcoin has recorded monthly drawdowns of around 30% on eight occasions, though the recent one is the biggest dip since 2011. These events can be divided into six phases, representing a long-term trend reversal in the market.

Six of the drawdowns marked a bottom, while only two marked a top. Nonetheless, May's bears a stronger resemblance to the top signals. 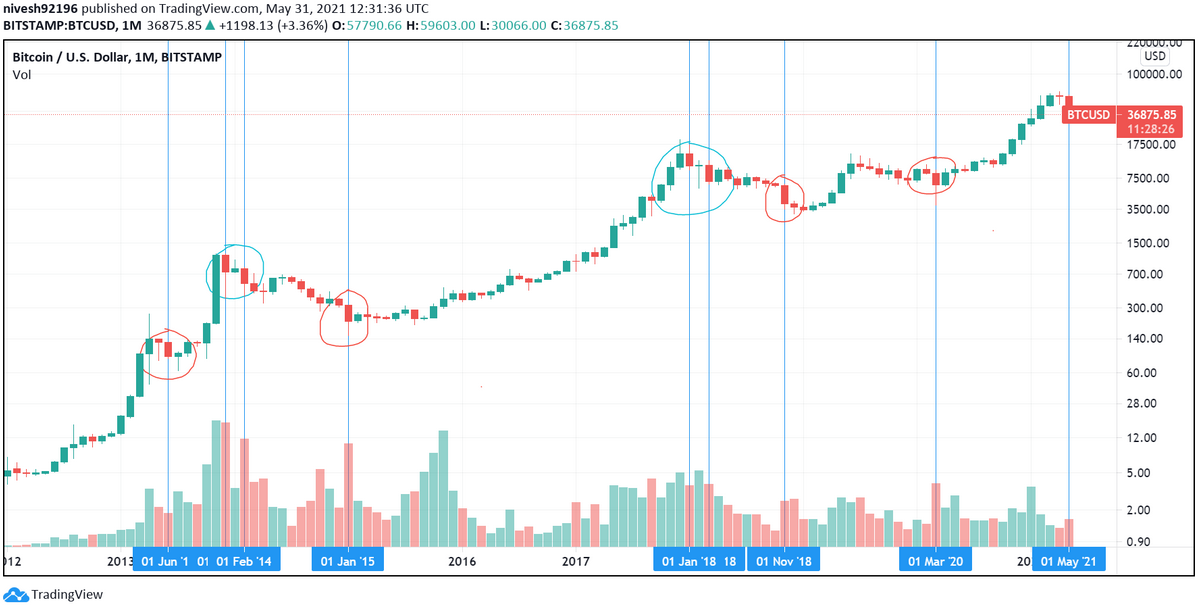 A closer look suggests that it seems similar to June 2013 and January 2018, which have contrasting implications.

Bitcoin’s price closed in the red in both May and June 2013, with a total drop of 35.6%. However, the price ended the year up 5,428%, suggesting that the current price could run higher too.

The bulls need to hold current levels and avoid another big drawdown in the coming months to avoid the long-term negative trend as it has in the past two times in 2014 and 2018.