Bitcoin is legal tender in El Salvador. What does it mean for the broader crypto market? Some bulls think ‘it could be huge’ 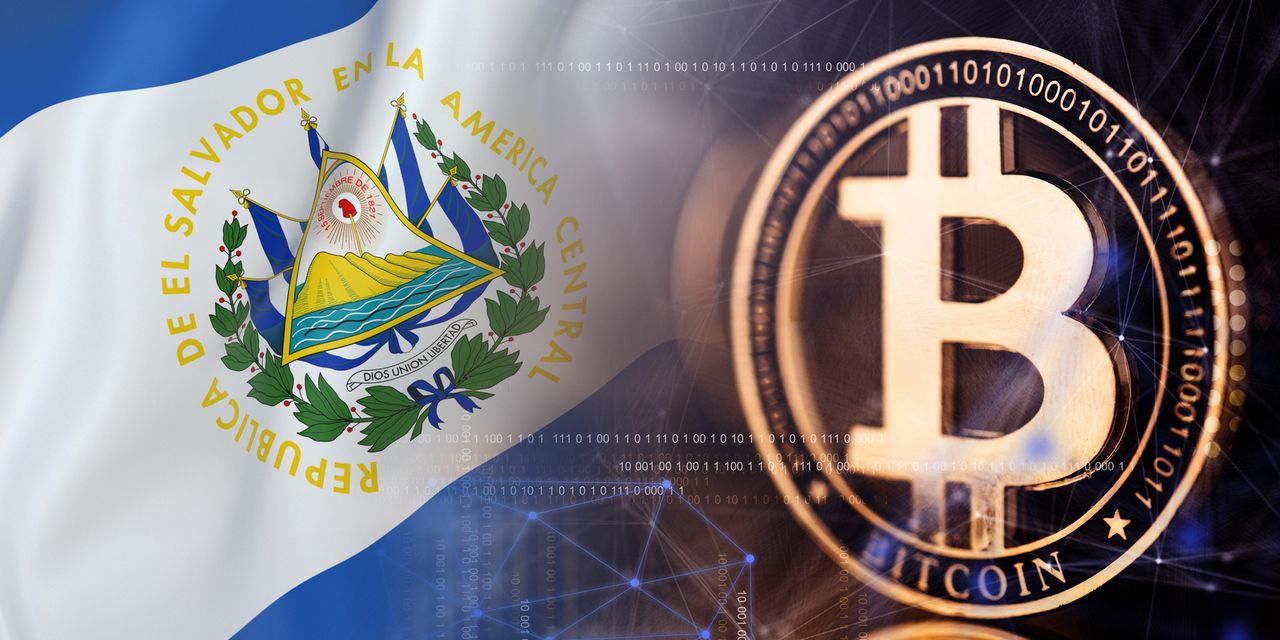 Bitcoin is now officially legal tender in El Salvador, a country in Central America with a population of 6.5 million and a gross domestic product of about $27 billion, as of 2019.

It is a country about the same size as the state of New Jersey, but the move by San Salvador’s legislative body early Wednesday to make bitcoin
BTCUSD,

legitimate is making waves in the broader crypto complex.

Bitcoin being classified as legal tender in El Salvador means that everyday Salvadorans can easily make cross border payments without having to rely on the U.S. dollar
DXY,
,
wrote Ross Middleton, chief financial officer of DeversiFi, a decentralized finance business.

Middleton wrote that the if “El Salvador can attract even a small amount of crypto economic activity to the country, it could be huge.”

Bitcoin’s legalization in the country, championed by 39-year-old President Nayib Bukele, means that it can be used to pay taxes, services at all businesses, except those unable to process such transactions.

Equally important, converting bitcoin into other currencies will no longer be subject to capital-gains tax, according to the new legislation, The Wall Street Journal notes.

Middleton said the bitcoin designation could lead to “crypto-native companies setting up in El Salvador now that banking relationships in the country will be easier.”

The COVID-19 pandemic wreaked havoc on El Salvador which had struggled even before the global public-health crisis, following a civil war that ended in the 1990s.

Perhaps more than any other country, El Salvador relies on money sent back to the tiny country from those outside of it. No other country relies more on such remittances outside of Haiti, according to an article by The Wall Street Journal published last year in 2020.

Middleton estimates that over 20% of GDP was made up from remittances to El Salvador last year. That is a big reason why bitcoin’s designation is significant there.

Kunal Sawhney, CEO of Kalkine Group, an independent equity research firm told MarketWatch via email that poverty is high in El Salvador and the bitcoin adoption is a boon to the country, but it is unlikely to be groundbreaking for crypto broadly.

“Bitcoin adoption may make these remittances quicker and cheaper, but it doesn’t translate into adding any credibility or utility to the world’s largest digital currency,” wrote Sawhney.

He also said that El Salvador’s moves are likely idiosyncratic and come against a backdrop of economic and social problems in the Central American country. He said that its move may not portend a groundswell of such moves by other countries.

“El Salvador’s adoption of Bitcoin could be the start of a steady stream of smaller, economically oppressed nations looking to hitch their wagons to a currency that is decentralized, open, and not able to be manipulated by anyone nation-state that may choose to impose arbitrary sanctions against those who don’t toe the line,” he said.

Nicholas Cawley strategist at news and research site DailyFX said on Wednesday that Mexico could be a country that finds value in using bitcoin for remittances. He estimated that El Salvador had around $1.6 billion in remittances in the first three months of 2021, compared with $10.6 billion for Mexico.

Meanwhile, the adoption of bitcoin in the country could be seen in a similar light to institutions and corporations slowly adopting bitcoin earlier this year and last year.

The adoption of crypto by companies like Tesla Inc.
TSLA,

and the interest in bitcoin from prominent hedge-fund investors had been one key factor that helped bitcoin surge in late 2020 and early 2021, crypto bulls have said.

“Any adoption by a country is a significant milestone and further establishes the utility of Bitcoin as a method of payment,” Paul Haber, chief executive of Graph Blockchain Inc., told MarketWatch in emailed remarks.

“While larger countries like China obviously have more of an impact with their announcements anything that further establishes utility is a positive sign,” he said.

That said, Presearch’s Pape cautioned that legal designation of bitcoin in El Salvador could also create more turbulence within the crypto complex.

“It feels like there’s a showdown brewing, and announcements like this could paint a large target on Bitcoin that could cause some short-term pain for the crypto space,” Pape wrote.

He said that US regulators may feel compelled to “ensure that bitcoin isn’t used by nation-states whose interests run counter to those of the U.S.”

Bukele is viewed by some critics as leaning toward authoritarianism in El Salvador.

On top of that, a U.S. State Department report on Central American officials recently alleged that five Salvadoran officials with ties to Bukele were “credibly alleged” to be corrupt.

At last check, bitcoin prices were enjoying a solid pop on Wednesday, up more than 10% and changing hands at $36,035.06 on CoinDesk. The crypto is up by about 25% so far this year but its year-to-date gains have been pared in recent weeks amid a slump in the broader crypto complex. Bitcoin hit a peak near $65,000 in mid April before unwinding a chunk of those gains.

are up nearly 13% in the year to date, and the Nasdaq Composite Index
COMP,

Bitcoin was created around 2009 as a decentralized, permisionless form of payment by a person or persons known as Satoshi Nakamoto, with the aim of at least partly combating money printing by global central banks to tackle the 2008-09 financial crisis.