has shaken out many overleveraged traders, setting up the right conditions for a rebound.

Bitcoin prices fell yesterday in one of the steepest corrections since the beginning of the year. Despite the significant losses generated across the board, on-chain metrics show a high probability of a rebound.

Bitcoin suffered a significant pullback after rising to a new all-time high of nearly $65,000 on Wednesday, Apr. 14. The correction accelerated over the weekend, leading to $9 billion in .

BTC’s sudden crash to $51,300 seems to be correlated with the network’s hash rate. According to analyst Willy Woo, a coal and gas accident in Xinjiang, China, caused a citywide power outage that forced Bitcoin miners to shut down. As a result, the processing power of the BTC network was halved and prices suffered.

The on-chain analyst suggested that insiders might have known about what was happening in Xinjiang and profited by triggering a “cascade of automatic sell-offs in a chain reaction.”

Other factors in the crash may be declining demand for Bitcoin in the aftermath of Coinbase's (NASDAQ:) IPO and reports that the U.S. Treasury is planning to crack down on digital asset money laundering.

Now that the a Bitcoin sell-off has occurred, it may be the perfect time for investors to “buy the dip.”

Bitcoin’s Spent Output Profit Ratio (SOPR) indicator has fully reset, suggesting that there is little Bitcoin left to sell at a profit. It is unlikely that existing investors will want to sell at a loss, meaning that the conditions are set for a potential rebound. 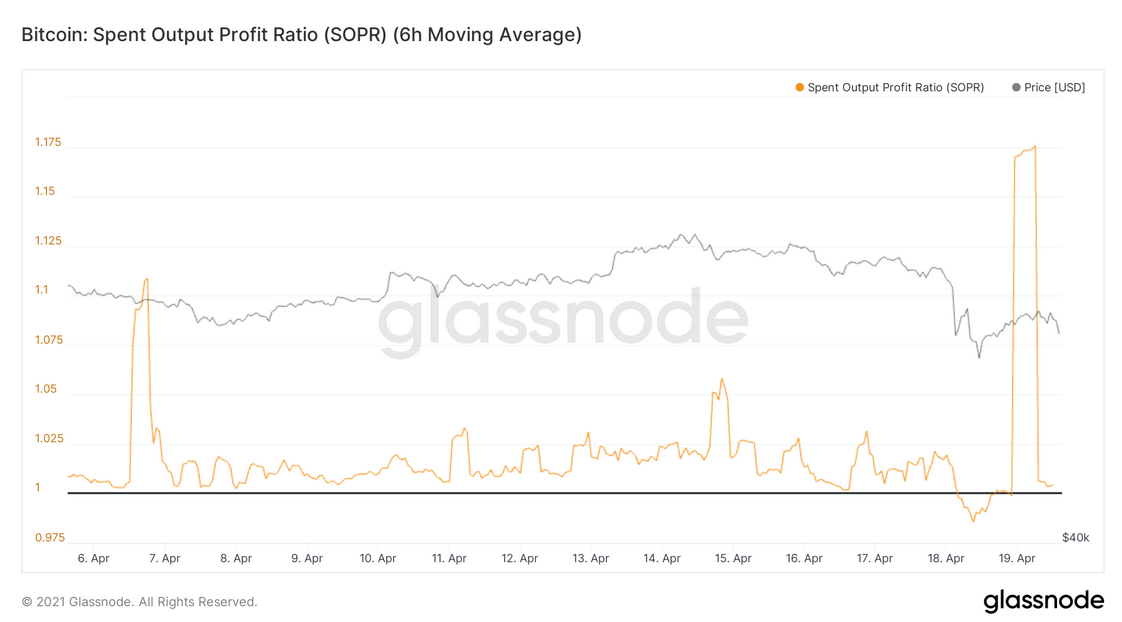 IntoTheBlock’s In/Out of the Money Around Price (IOMAP) model reveals that further price appreciation may prove challenging. Based on this indicator, over 1.19 million addresses previously purchased nearly 700,000 BTC between $55,270 and $56,780.

Only a decisive break of this supply wall might have the strength to push Bitcoin’s price upward once again.

BTC – In/Out of the Money Around Price

Failing to move past the $56,280 resistance barrier would likely spell trouble for the bulls as the $54,600 support level isn’t as stiff. If this support wall cannot keep falling prices at bay, then a steeper decline to $49,360 becomes imminent.

At the time of publishing, Bitcoin was worth $55,871, according to CoinMarketCap.