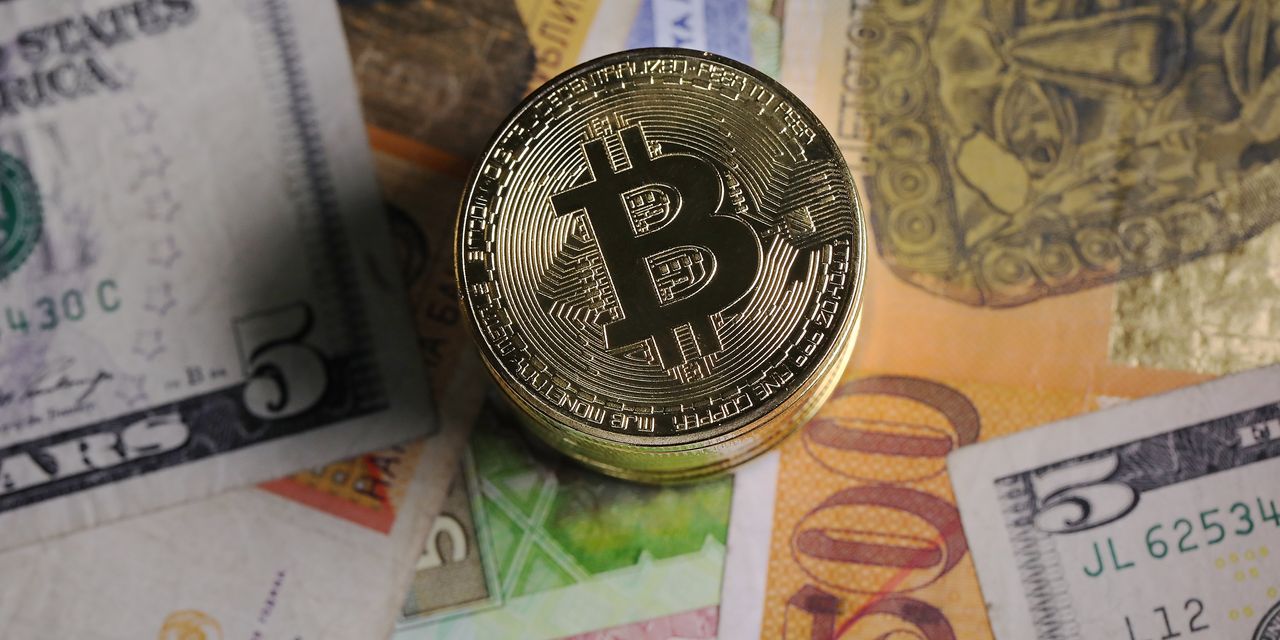 Bitcoin prices ascended to a record high Saturday, vaulting over a psychological milestone at $60,000, a move that may reaffirm to bullish crypto-asset investors that the path forward for digital assets is higher.

After dipping back below $60,000 during the day Sunday, bitcoin
BTCUSD,

The new mark for the world’s most popular crypto comes after a relatively fallow period for the asset whose gains have been attributed to greater adoption by a clutch of prominent institutional investors.

Bitcoin broke the $20,000 barrier, one that it hadn’t come close to since December of 2017, less than three months ago.

There’s no immediate catalyst for bitcoin’s recent move higher but it does come as interest in blockchain, the technology that underpins the decentralized asset, has exploded.

So-called nonfungible tokens, or NFTs, which use block chain as a way to authenticate ownership of assets and collectibles, have gone mainstream. The popularity of the once-niche area was highlighted last week when the artwork of Mike Winkelmann, known as Beeple, sold for a record-breaking $69.3 million  at a Christie’s online auction, marking the third most-expensive work of art sold by a living artist, and the most expensive NFT-related sale.

Whether the NFT craze marks a new level of irrational exuberance in cryptos, however, remains to be seen.

NFTs tend to be pegged to another crypto asset Ether
ETHUSD,

on Ethereum’s blockchain but the fervor for the cryptographic authentication has lifted the market for digital assets across the board, experts say.

More broadly, the rise of bitcoin has been tied to gaining institutional interest from the likes of Tesla Inc.
TSLA,
,
which said that it bought $1.5 billion in bitcoins. Meanwhile,

back in November opened up its cryptocurrency platform to all U.S. customers after conducting a more narrow rollout.

Concerns that inflation will pick up as the U.S. economy bounces back from the COVID-19 pandemic, amid vaccine rollouts and fiscal aid packages, also has helped to fuel bitcoin’s rise, experts say.

Bitcoin bulls have long pointed to money printing from central banks and concerns about rich stock valuations as other triggers for the surge in digital assets.

With that in mind, some are betting that the next major climb for bitcoin could be toward $100,000.

“If you consider how many asset managers and retail investors are afraid of the existing financial system failing them, and if a small portion of them go on to place even a 5% of their portfolio into Bitcoin, then $100,000 per Bitcoin is a very conservative estimate,” wrote Sergey Nazarov, co-founder of Chainlink, a blockchain initiative, in a Saturday note.

All that said, nascent bitcoin could still be at risk of plunging to $0 if governments crack down on it, though a number of central banks are experimenting with digital currencies, and interest could peter out.

The next development in cryptos for mainstream markets may be the highly anticipated initial public offering of digital-asset trading platform Coinbase Global Inc.
COIN,
,
which could prove a new catalyst for the broader market.