needs to recoup bullish strength to break above $60,000 again.

The cryptocurrency market has resumed its rally after a weekend shakeout that saw more than More patient traders are testing the validity of buy-the-dip action.

As the drop comes after 1000% gains in one year, fear around a generational market top is palpable.

Prior to the crash, Bitcoin reached its peak price ($65,000) when Coinbase Global (NASDAQ:) listed its stock on Apr. 14. This could be considered a “buy the rumor, sell the news” event.

A post mortem of the crash revealed a significant inflow of over 9000 BTC to Binance before the crash. Then, cascading futures liquidations forced traders to sell positions, leading to the crash.

On-chain expert Willy Woo later found that 20,700 BTC moved out of the exchange after the move, suggesting a strong whale buying action. He tweeted that Bitcoin “continues to move to very strong holders” based on the liquidity drops in its supply.

What Will Come Next?

Despite positive news, there are still some concerns about Bitcoin’s price volatility as well as regulatory risks.

“Whether the BTC tide rises organically or falls more due to news of crypto-related penalties, we can assume others will follow.”

Chuh added that Bitcoin could see sideways action before breaking $60,000.

Delta Exchange CEO Pankaj Balani, stated that a quick recovery above $60,000 is “a key resistance for any bull-trap rally.” Balani is watching the resistance from the 50-day moving average at $56,800. He predicts that a “conclusive breakdown below the 50 DMA can lead to a sharp price correction” and expects a $36,000 support. 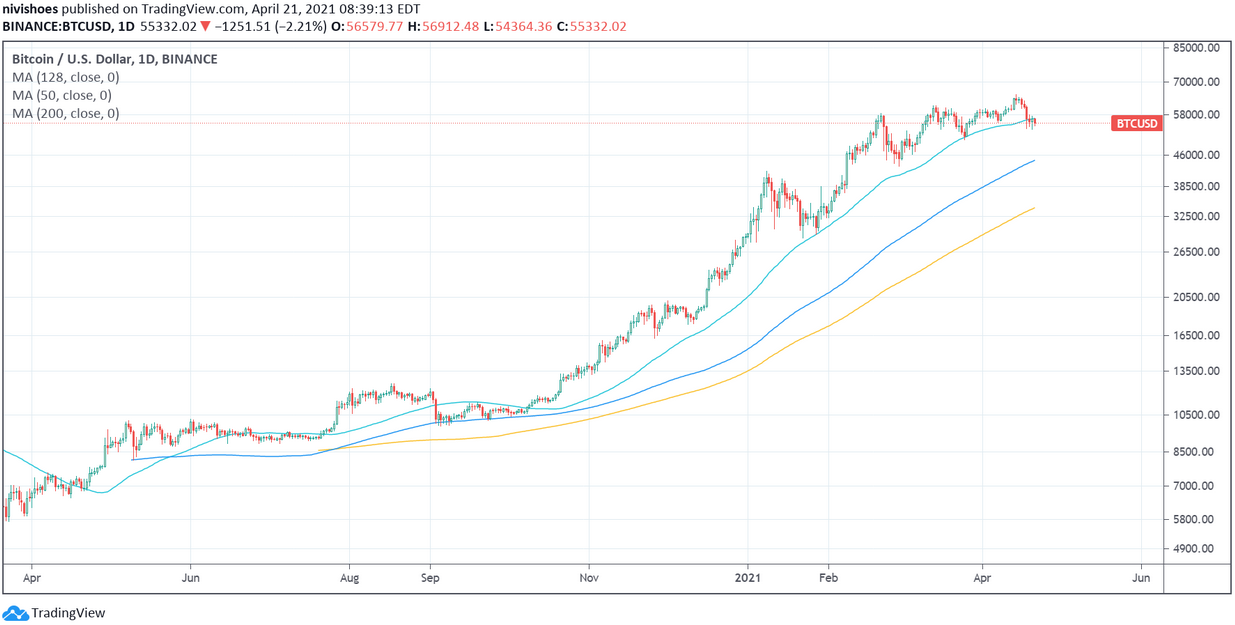 Bitcoin’s correlation with the stock market is adding to negative pressure. Positive values of the correlation coefficient indicate that stocks and Bitcoin’s price are moving in the same direction. The magnitude gauges the degree of coupling in percentage gains.

dove from the week’s start. The index is down 70 points from an all-time high of $4193. Therefore, Bitcoin’s price faces much resistance to the upside before confirming the local bottom of $51,000. A drop in Bitcoin’s market dominance from 60% to 51% this month shows considerable retail euphoria in the markets.

Chuh also told Crypto Briefing that “institutional money is still flowing into Bitcoin and ,” while retail traders who are looking to build their portfolios are adding volatility to the market. Whether the inflow comes from whales buying Bitcoin or retail traders moving into altcoins, the trend seems to be strong.

Moreover, the idea of crypto reaching the mainstream tipping point is consistent, as companies like PayPal, WeWork, TIME, and others continue to increase investment and payment adoption.

“As more large-scale financial institutions and consumer-facing apps like PayPal adopt Bitcoin, the less likely it is to see failure.”