Bitcoin: Who Is Selling And Buying Right Now?

Retail and institutional investors behave differently in the times of large corrections on the crypto market. The current 50% retracement from its historical high is no different.

Elon Musk’s change of mood coincided with an overheated market that has growth threefold this year alone. Tesla (NASDAQ:) has not sold its coins (as claimed by Musk) but its refusal to accept BTC as payment has triggered a slight panic on the market.

As in the last year, retail investors began to transfer their Bitcoins from their wallets to exchanges to sell them. Meanwhile, institutional investors are buying the cryptocurrency at lower prices. The difference in the behavior of the two groups of market players come to the surface thanks to the different types of target audiences of different exchanges. Retail investors primarily trade on Binance, while Coinbase's (NASDAQ:) trading volumes are primarily provided by institutional players. 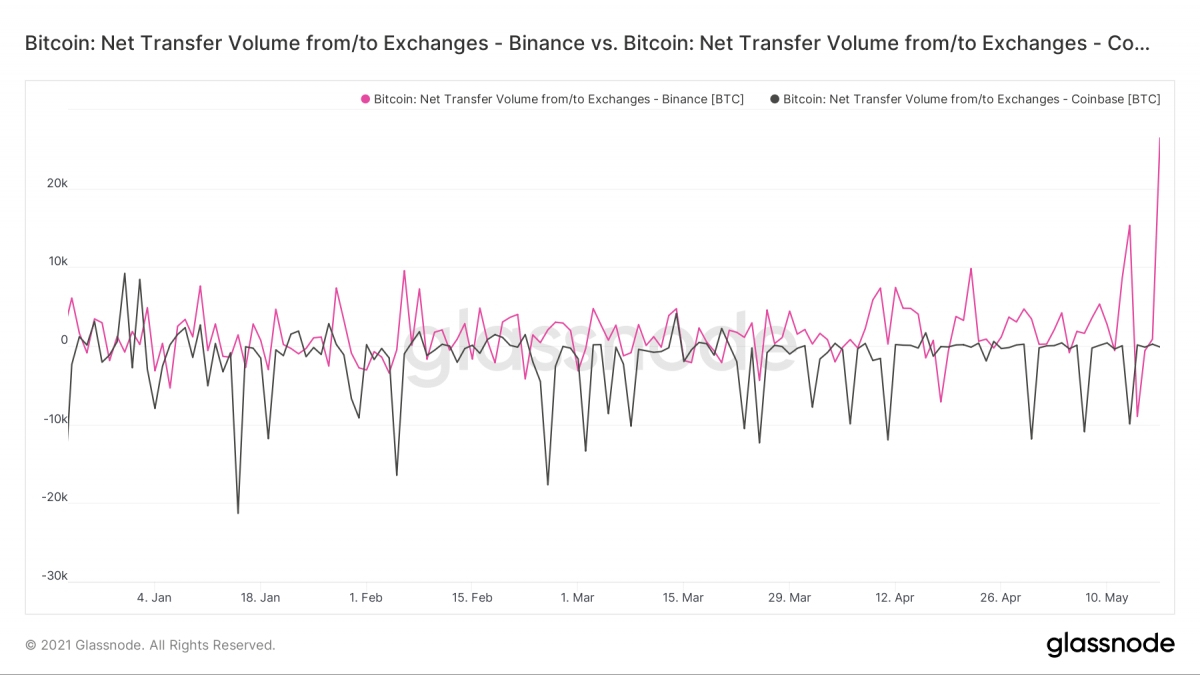 Meanwhile, different analysts demonstrate different approaches. Thus, Carter Worth from Cornerstone Macro predicts a drop to $29,000, which corresponds to the coin’s traditional big retracement worth 55% from its ATH. Bank of America has surveyed 194 investment fund managers and has found a growing interest toward Bitcoin as a long-term investment. 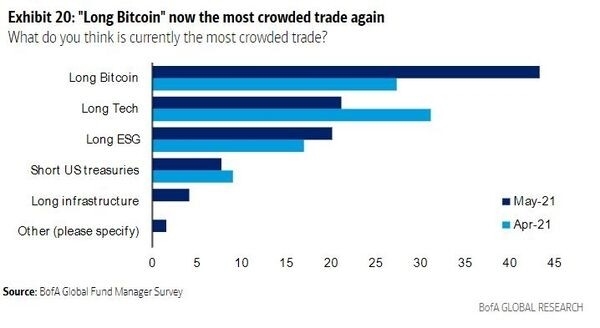 There is a third category of investors who do not choose between buying and selling Bitcoin but invest in the most promising altcoin – . At present, its market capitalisation is worth 45% of Bitcoin. 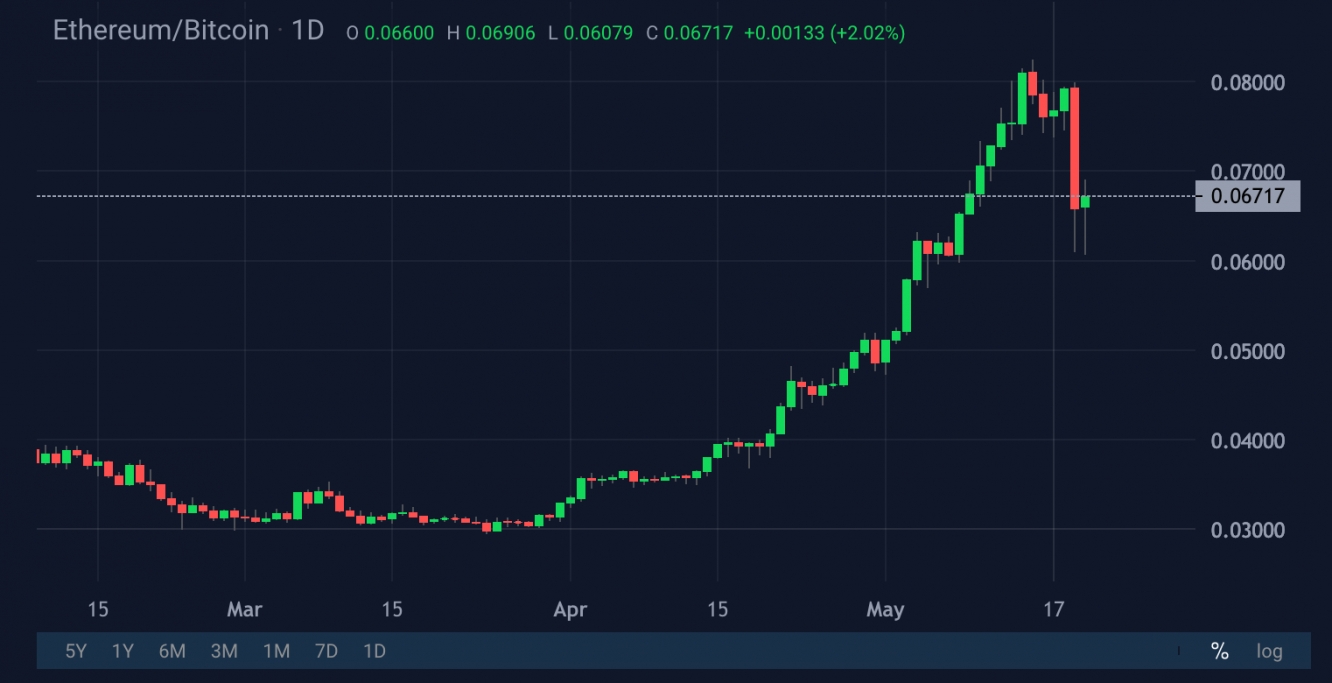