Booster dose of COVID vaccines to be given to U.K. volunteers in new trial 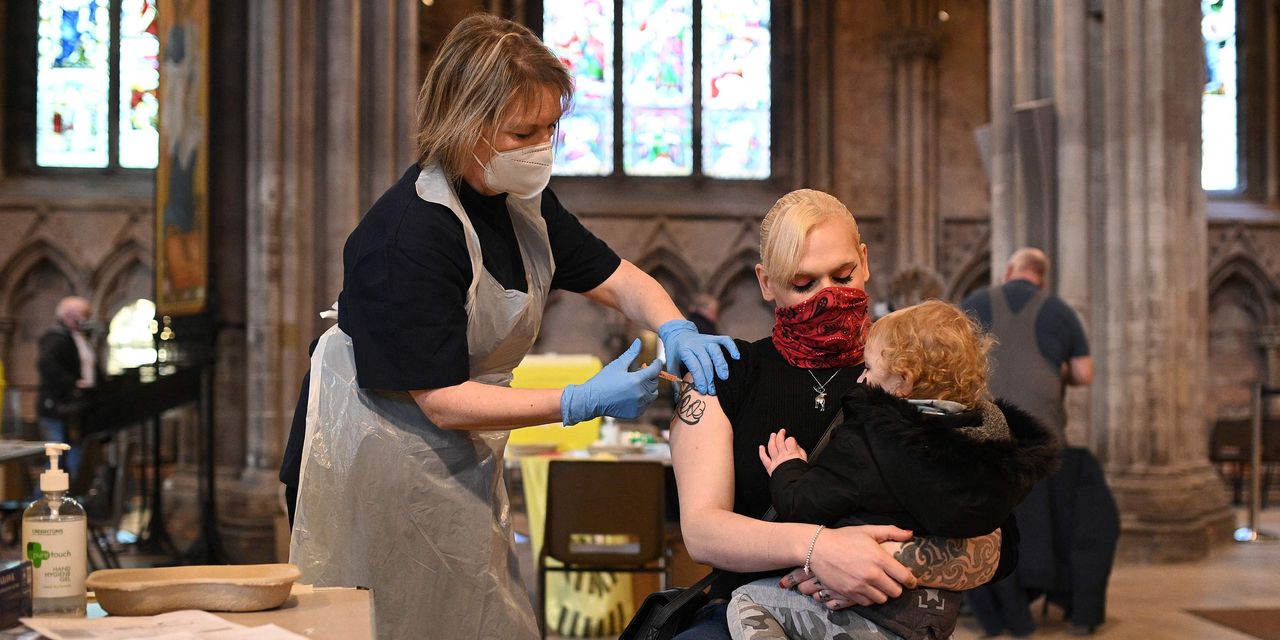 Thousands of volunteers will be given a third dose of a COVID-19 vaccine as part of a U.K. clinical trial to examine whether a “booster” shot can protect against the coronavirus disease and its variants, the government announced on Wednesday.

The Cov-Boost study, led by University Hospital Southampton National Health Service Foundation Trust, will look at the effect of seven different vaccines, given at least 10 to 12 weeks apart, on people who have already received two doses of either the vaccine made jointly by drug company Pfizer
PFE,

and biotech BioNTech
BNTX,
,
or the one developed by drug company AstraZeneca
AZN,

in collaboration with the University of Oxford.

Initial findings from the trial are expected in September and will be used by the U.K.’s vaccine advisory committee, the Joint Committee on Vaccination and Immunisation, to decide whether to run an autumn booster campaign, and if so, which vaccines to use.

Earlier this month, U.S. biotech Moderna said that data from Phase 2 clinical trials showed that a single booster shot of its COVID vaccine in people who are already vaccinated is efficacious against the original coronavirus strain and the variants first detected in South Africa and Brazil.

The Cov-Boost trial comes as Pfizer Chief Executive Albert Bourla said on Wednesday that people will “likely” need a booster dose of a vaccine within about a year of getting fully vaccinated. “The data that I see coming, they are supporting the notion that likely there will be a need for a booster somewhere between eight and 12 months,” Bourla told an Axios event.

The Cov-Boost study, which starts in June, will recruit 2,886 people aged 30 and older, starting in June, at 18 trial sites across the U.K., who have all been fully inoculated. Some participants will be given the same Pfizer–BioNTech or AstraZeneca–Oxford shot as their original two. Others will receive a different vaccine as a booster shot, at half or full dose, or the meningitis vaccine, which is being used as a control.

The other vaccines being tested are Moderna’s
MRNA,

vaccine, which is already being rolled out in the U.K.; as well as ones from vaccine developer Novavax
NVAX,
,
healthcare company Johnson & Johnson
JNJ,
,
biopharmaceutical CureVac
CVAC,

Earlier this year, the government announced the launch of the Com-Cov clinical trial, to compare the effect of administering a first dose of the AstraZeneca–Oxford vaccine, followed a few weeks later by the Pfizer–BioNTech one, and vice versa. Preliminary results from this trial have showed that mixing doses of COVID-19 vaccines increases the risk of mild-to-moderate side effects when compared with administering two shots of the same vaccine.

Seven in 10 adults in the U.K. have now had the first dose of a COVID-19 vaccine, according to the government.