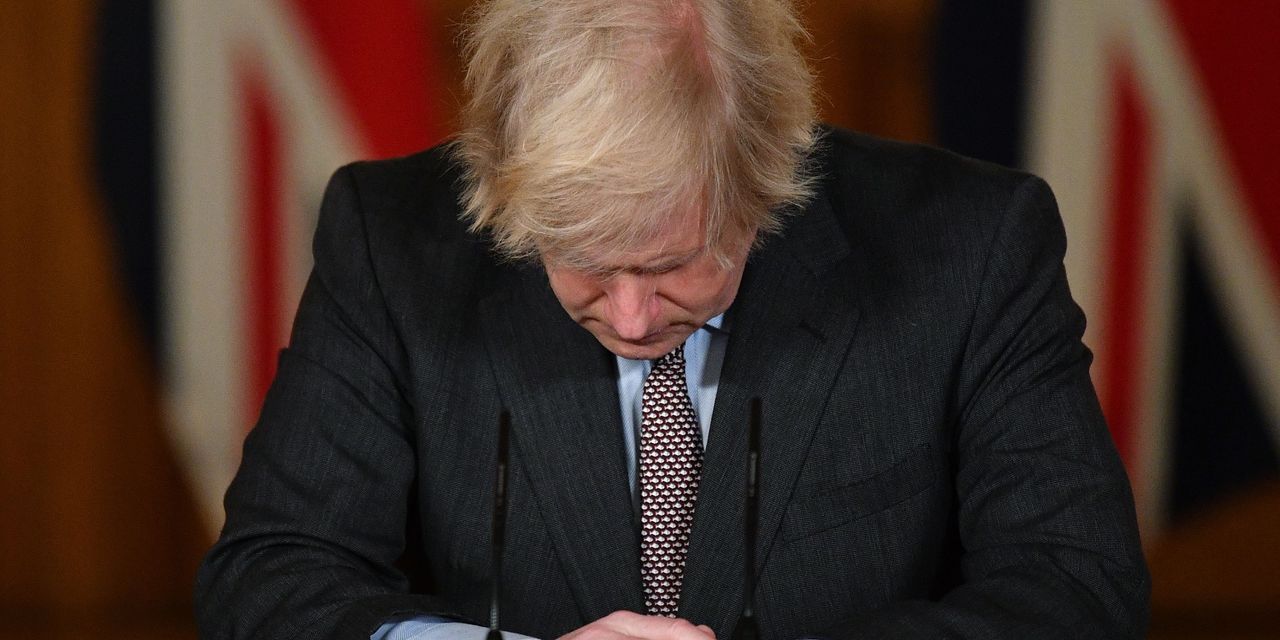 The U.K. death toll from COVID-19 has passed 100,000, as Prime Minister Boris Johnson said he was “deeply sorry” for every life lost and took “full responsibility” for the government’s handling of the pandemic.

The U.K. is the fifth country to record 100,000 deaths, after the U.S., Brazil, India and Mexico but is by far the smallest to reach the milestone. More than half of those deaths have come since November, as the second wave of the virus and a new, more infectious variant has ripped through the country.

On Wednesday, the government is expected to announce that U.K. residents arriving from high risk areas, such as South America, southern Africa and Portugal, will have to quarantine in hotels, as it battles against the threat of new variants.

The government has faced criticism over its handling of the pandemic, with opposition politicians and scientific experts claiming the country entered lockdown too late on a number of occasions.

Read: The pandemic in the U.K. has never been worse. But Brits are moving around more than in March lockdown

The country’s death toll has now exceeded its civilian death toll in World War II, and twice that of the Blitz bombing campaign in 1940-41.

“I am deeply sorry for every life that’s been lost, and as prime minister I take full responsibility for everything that the government has done,” Johnson said in a press conference to the nation on Tuesday. “We truly did everything we could,” he added.

“It’s hard to compute the sorrow contained in that grim statistic, the years of life lost, the family gatherings not attended, and for so many relatives the missed chance to even say goodbye,” Johnson said.

“We will make sure we learn the lessons and reflect and prepare,” he added.

England, the U.K.’s most populous nation, re-entered lockdown on Jan. 5, while Wales, Scotland and Northern Ireland are also currently under lockdown measures.

England’s chief medical officer Chris Whitty warned there would be “quite a lot more deaths” in the next few weeks, before the effects of the vaccine rollout begin to take hold.

The U.K.’s vaccination rollout has been one of the fastest in the world and health officials hope to give 15 million people a shot by the middle of February. That target includes all over-70s, care home residents and workers, other health and social care workers and clinically extremely vulnerable people. As of Monday, close to seven million people had received a first dose and more than 470,000 a second dose of a COVID-19 vaccine.

It was the first country to authorize the vaccine from U.S. drug company Pfizer
PFE,

and its German partner BioNTech
BNTX,

for emergency use in December, and has since authorized the use of vaccines developed by U.K.-Swedish drug company AstraZeneca
AZN,