But Is it all Doom and Gloom? By DailyCoin 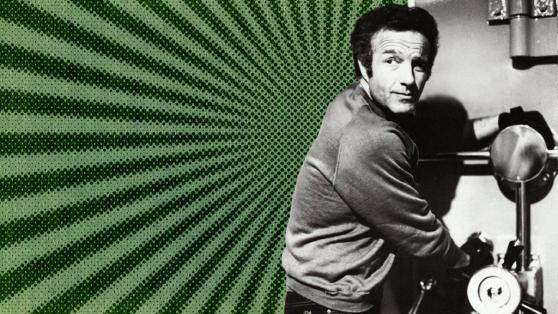 Crypto Crimes Tripling Year on Year: But Is it all Doom and Gloom?

The recent high-profile bust of a multi-million ransomware gang in Ukraine is a silver lining on a very dark cloud; cryptocurrency crime has increased approximately 300% per year since 2017, according to a recent study by data aggregation site Crypto Head.

Why is Crime Drawn to Cryptocurrencies?

Ransomware, a primary contributor to the surge in crime rate, prefers cryptocurrency to traditional means of large-scale extortion due to its anonymity, convenience, and lack of central governing body oversight.

Nicholas Weaver, a senior staff researcher at the University of Berkeley, has stated that, because of banking and wire-transfer regulations, “cryptocurrencies are the only tool left for ransomware purveyors.” As a result, privacy-focused coins such as Monero have become a particular favorite of hacker groups.

Beyond ransomware, the spectre of crime has been haunting decentralized finance for years. In 2018, for instance, Europol, the European Union’s law enforcement agency, found that billions of pounds were being laundered through cryptocurrencies in Europe alone.

The Effects of Crypto Crime

The actual rate of crime may even be higher than statistics suggest.

As Crypto Head’s study notes, the novelty of cryptocurrency means that some victims may not fully understand the crimes in question, or where to report them. In America, the SEC, CFTC, and the IRS all “assert regulatory control over cryptocurrency,” but each of them only do so “under certain circumstances,” Thus compounding the issue.

Cryptocurrency crime is set to have a lasting impact for years to come.

Despite the rise of ransomware, criminals make up a tiny minority of users. A 2018 report from the Foundation for Defense of Democracies found that illegal activity made up less than 1% of all transactions and was dropping year on year. A competing study by Oxford Law made in the same year came out to a much higher percentage of 44% — but only around , not across the cryptocurrency spectrum.

Many high-profile individuals in the crypto scene have spoken out against its perceived links to crime.

Earlier this month, Hunter Horsley, CEO of index fund Bitwise Asset Management, stated simply that “Bitcoin is bad for crime.” Arguing “that criminals are getting smarter that crypto is a pretty poor tool for them.” Horsley pointed to statistics from cybersecurity firm Chainalysis, which demonstrated a sharp reduction in crypto crimes between 2019 and 2020.

Similarly, tech analysis firm CipherTrace, which offers services designed to counter crypto crime, has noted a sharp decline in the theft of digital assets, which has instead been replaced by a minor boom in fraud. The use of cryptocurrency for criminal activity has been increasingly geographically centralized. CipherTrace identified “more than 72,000 unique Iranian IP addresses,” centered around Tehran, which were implicated in illegal transactions.

End of the Wild West?

Crypto is also increasingly being used to catch criminals, rather than aid them.

In 2019, human trafficker Ignacio Santoyo was tracked down and arrested after Mexican law enforcement tracked his group’s bitcoin transactions. The arrest happened in the wake of a law that required cryptocurrency trading platforms to report transfers valued at more than 56,000 pesos, similar to requirements of traditional banks.

Unlike with the use of untrackable cash payments typically employed by human trafficking groups, the new law made it possible for the Unidad de Inteligencia Financiera (Financial Intelligence Unit) to track Santoyo down.

This article was submitted by Cihat Jan Yilmaz. If you want YOUR article to be published on DailyCoin, please send us your submissions to hello@dailycoin.com!