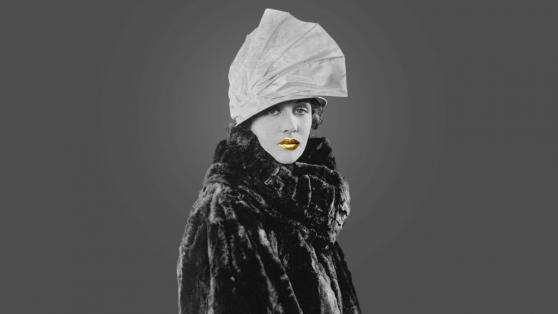 VeChain is currently at the zenith of its powers as it has garnered significant attention from major industry players. This attention reflects in its pricing as it reached a new all-time high of 0.200 and currently trades at $0.1975 at the moment.

The functionalities packed in the protocol and client base of large corporations paints a pretty positive picture for VeChain, signalling a giant leap in prices of up to $1.

VeChain Rubs Shoulders with the Best

Founded in 2015, VeChain is a platform that is designed to provide value throughout the supply chain process. The White Paper notes that the platform can furnish users with all pertinent information about a product such as storage, transportation, and supply.

It is also packed with a ton of enterprise-grade functionality that allows it to be used in checking the quality of the process from beginning to shelf. To achieve this feat, VeChain deploys smart chips saddled with sensors that are used to relay necessary information to the blockchain which can be viewed in real-time.

This year has seen VeChain enjoy a number of enterprise-level partnerships and adoptions in a wide array of use cases. The blockchain-powered supply chain platform which seeks to apply distributed governance and Internet of Things (IoT) technology in optimizing supply chain management systems has enjoyed a number of partnerships.

An earlier partnership with DNV saw VeChain’s technology has also been utilized on several projects that are managed by DNV; an organization that is driven to advance the safety and sustainability of their business.

The blockchain solution of VeChain is being exploited by DNV to manage the data from projects with the Danish company ReSea and the Norwegian industrial company Hydro.

In early April, the VeChain team announced a collaboration with the software company Salesforce (NYSE:). The announcement stated that Daniel Nortje, the Director of Strategy & Architecture of Salesforce had successfully tested enterprise adoption ideas on the VechainThor network.

In highlighting the reason why VeChain was chosen as the preferred blockchain, Daniel Nortje noted that:

Key benefit of working with VeChain was the simplicity of integration. VeChain provides a Blockchain-as-a-Service platform, which meant I did not have to provide any intermediary architecture myself. From what I’ve seen this is unique to the VeChainThor public blockchain and I thought it was a very good idea, especially for organisations who don’t necessarily want to invest in more systems to maintain.

As a direct result of the features, VeChain boasts of a high level of customers and partnerships including but not limited to Renault (PA:), BMW, PricewaterhouseCoopers (PwC), Bayer (OTC:) China, Shanghai Gas, ASI Group among others.

These partnerships have proven beneficial to both parties as VeChain was issued with the world’s first 5-Star-Rated Blockchain Service Certificate and the clients have reaped the rewards of the partnership.

Another example is the VeChain – Renault partnership that enables the car manufacturer to build a digital car maintenance book based on the blockchain, allowing car owners and future car owners access to the repair history or mileage of the vehicle.

In early March, VeChain collaborated with NFT-related platform VIMworld. At the height of the NFT craze, the partnership also helped bring extra attention to VET and VTHO and was followed by a steady increase in price. The positive benefits of these partnerships were reflected in the price of the VeChain token (VET).

From January till date, VET has risen by almost 1,000%, starting the year at $0.01878 and currently trading at $0.1985. VET is currently ranked as the fourth largest crypto, with a market capitalization of $12.7 billion.

Can A Centralized VeChain Compete Against Decentralized Projects?

A good percentage of the populace became endeared to cryptocurrencies or strongly backed the asset class because of their decentralized nature. Truly decentralized cryptos are censorship-resistant and immune from meddling by project leaders.

The transfer of power from a central source to the people has been one of the strong points of cryptos. The GameStop (NYSE:) vs Wall Street Saga was a strong reminder that the world is beginning to prefer a decentralized approach to management.

While most cryptocurrencies boast of being decentralized, the same cannot be said about VeChain. While it is often said that VeChain opts for a semi-centralized framework, the network is more centralized than many know; maybe up to 90%.

VeChain runs on a decentralized governance structure. However, everything in the ecosystem runs through centralized channels, thus, removing the decentralized system’s inefficiencies and adopting the advantages of a centralized one.

While this blockchain project has devoted more time towards enterprise adoption. The issue of being centralized or decentralized has been a controversial topic. Knowing that the future is decentralized, what will be the fate of VeChain?

What Does The Future Hold For VeChain?

Nothing lasts in perpetuity and every run must come to an end one day. While VeChain is reaping the rewards of its innovation and strategic partnerships, there is always the possibility that sometime in the future, these corporations may decide to create their internal systems to handle the functionalities in ensuring the smooth running of the supply chain.

We’ve seen this scenario occur one too many times with a veritable example being Apple (NASDAQ:) severing ties with Samsung (KS:) that provided the processors for its mobile devices. Slowly and steadily, Apple learned the ropes and in due time it was time to say goodbye to Samsung for the production of chips.

We could see this scenario play out in the future between VeChain and its client base and a veritable reason for the schism may be because VeChain is 90% centralized. Until then, investors can continue the ride the bullish wave of VeChain that currently trades at $0.1975 until a report that suggests otherwise hits the media.