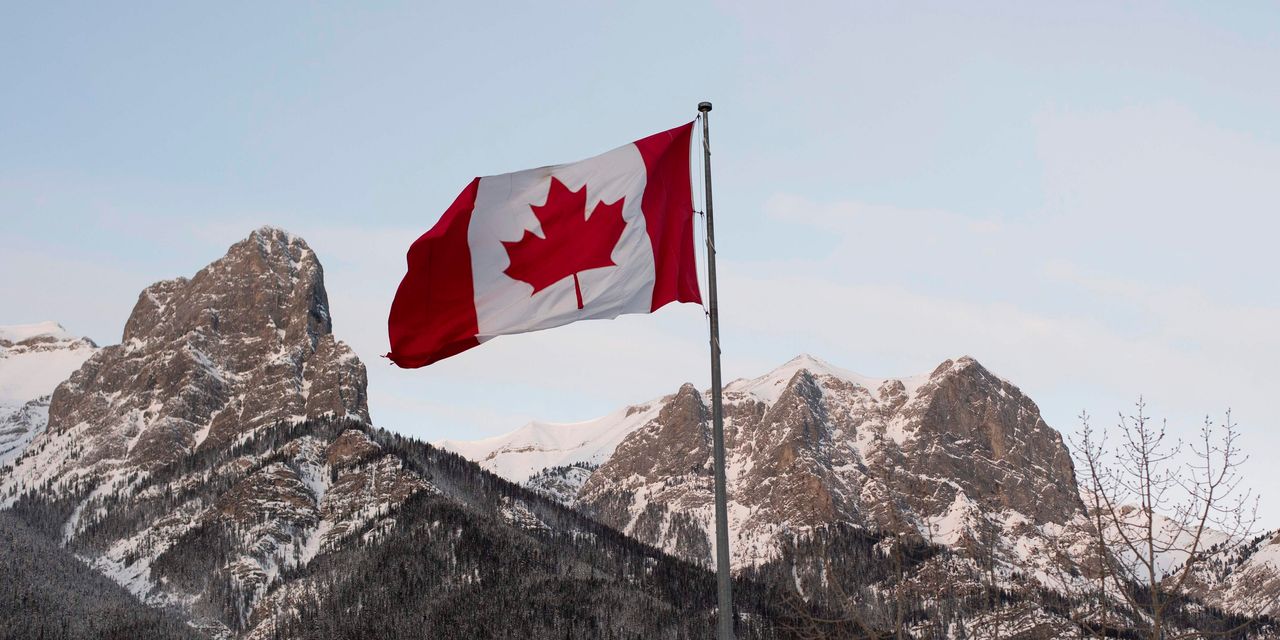 The Canadian dollar strengthened sharply versus its U.S. counterpart Wednesday after the Bank of Canada said it would trim its monthly bond purchases and saw a faster path to an eventual rise in interest rates.

In a statement following its policy meeting, the central bank left interest rates unchanged but said it would trim its weekly net bond purchases from C$4 billion ($3.2 billion) to C$3 billion effective April 26. “This adjustment to the amount of incremental stimulus being added each week reflects the progress made in the economic recovery,” the BOC said.

The U.S. dollar fell 1.1% to fetch 1.2481 Canadian dollars
USDCAD,
.
The U.S. currency is down 1.9% versus the Canadian currency, oftern referred to as the “loonie,” so far this year. The U.S. dollar was little moved versus other major rivals, with the ICE U.S. Dollar Index, a measure of the currency against major rivals, off 0.1%.

Canadian bonds sold off following the announcement, pushing up the yield on the country’s 10-year government bond by 6 basis points to 1.56%. Yields rise as bond prices fall. U.S. Treasurys saw little movement, with the 10-year yield
BX:TMUBMUSD10Y
remaining around 1.3 basis points higher at 1.57%.

The central bank’s “slight tightening, if you can call it that, is entirely justified by recent data which shows the jobs market is recovering with the economy set to grow by upwards of 5% over the year,” said Michael Hewson, chief market analyst at CMC Markets, in a note.

The bank said it remained committed to holding its interest rate at the effective lower bound until economic slack is absorbed to allow the 2% inflation target to be sustainably achieved.

Based on the bank’s latest projection, the policy makers said that’s now expected to happen some time in the second half of 2022. Previously, the bank said it didn’t expect that to happen until 2023.