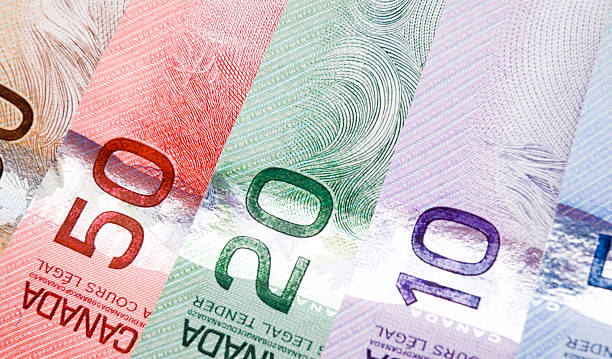 Canadian Dollar strengthens against most major currencies in early US session as boosted by stronger than expected job data. That comes in the back ground of this week’s strong rally in oil price too. On the other hand, Dollar is under broad based pressure as global stock markets are back on risk on mode.

As for the week, the Loonie is set to end as the strongest one followed by Swiss Franc and Euro. Yen is still the worst performing, followed by Dollar, but their place could swap before close.

Also from UK, trade deficit widened to GBP -9.0B in August, slightly better than expectation of GBP -9.1B.

NIESR expects UK GDP growth to “stop” in September, bringing total Q3 growth to 15%. For Q4, with the background of a likely widening of lockdown restrictions, a winding down of government support schemes, and return of extensive Brexit related uncertainty, pace of recovery will be even slower, forecast to be at just 1.3%.

“Today’s ONS estimates suggest that GDP grew by 8 per cent in the three months to August. Although the latest estimates also signal a fourth consecutive monthly increase, with growth of 2.1 per cent in August itself, output is still about 9 per cent below the levels seen in February. These numbers would suggest that the UK could grow by about 15 per cent in the third quarter of 2020. However, there is further cause for concern ahead with the likely re-imposition of lockdown measures, the winding down of government support measures, and Brexit uncertainty. We expect the economy at the end of this year to be some 8.5 per cent below its level at the end of 2019.” Dr Kemar Whyte Senior Economist – Macroeconomic Modelling and Forecasting.

Wang Zhe, Senior Economist at Caixin Insight Group said: “Overall, the economy remained in a post-epidemic recovery phase and improved at a faster pace. Supply and demand both expanded in the manufacturing and services sectors…. In the near term, there will still be uncertainties from Covid-19 overseas and the U.S. election, and the development of “dual circulation” in the domestic and international markets will continue to face challenges.”

USD/CAD’s decline continues today and reaches as low as 1.3132 so far. Intraday bias remains on the downside for 1.2994 low first. Firm break there will confirm resumption of whole down trend from 1.4667. On the upside, break of 1.3242 support turned resistance is needed to indicate completion of the fall. Otherwise, outlook will remain mildly bearish in case of recovery. 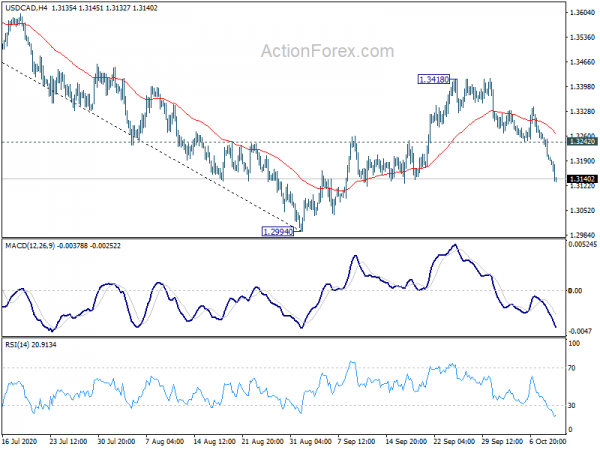 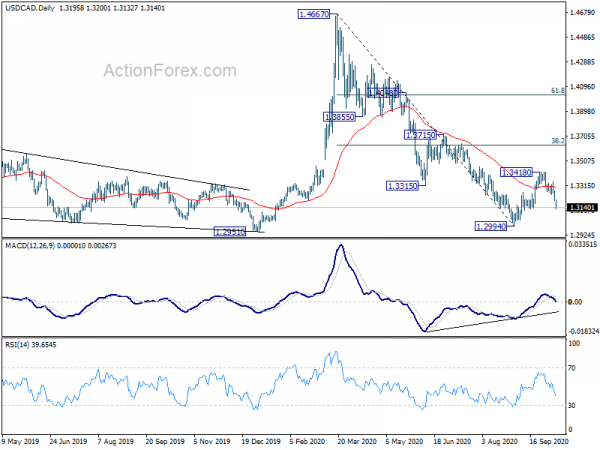