China’s Mining Ban Is A Mainly Blow To Bitcoin’s Reputation, Not Its Price

can't resist selling pressure after reaching $40K. The benchmark cryptocurrency is down 4% in 24 hours and changing hands for $37,500. Altcoins are also showing a moderate decline, following the benchmark cryptocurrency. Bitcoin's dominance index has stabilized around 42%, while the low point was around 39%. It is likely that we will see a consistent rise in Bitcoin dominance from this point, as the fierce sell-off of altcoins has once again reminded market participants of how quickly investors' loyalty for alternative cryptocurrencies can pass. 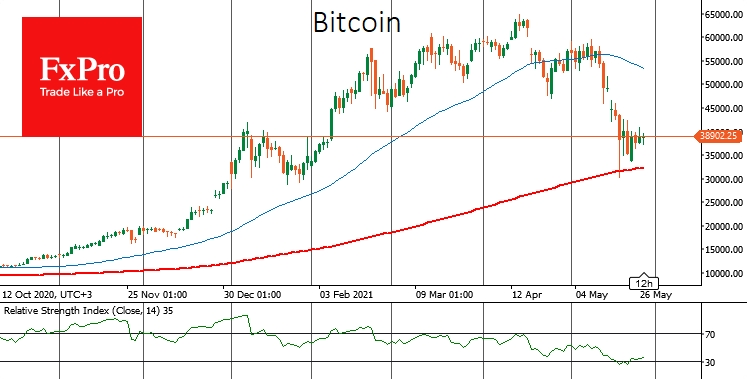 The Crypto Fear & Greed Index for Bitcoin and major cryptocurrencies reached a local low of “10” last week, which corresponded to “extreme fear” mode. The indicator showed that the market had reached a maximum level of fear. At such times, the probability of increased buying by investors waiting for a large discount increases significantly. And so it happened, and as a result, we saw a rebound in the market. At the moment, the indicator is at 27, which corresponds to the “fear” mode. Thus, there is still much room for a rebound.

Bitcoin's dominance index has stabilized around 42%

The crypto market has once again shown how large its swings can be in both directions. More recently, the Crypto Fear & Greed Index has been squeezed into the area of “extreme greed.” The deep and sharp correction reminded all market participants of the most important fundamental condition of the crypto market – extreme volatility. For some, it's a straight road to losing all funds, while for others, it's a great opportunity to make money.

While we are now witnessing many signs similar to the beginning of the crypto winter in 2018 and 2014, history will not necessarily repeat itself completely. For example, a hypothetical ban on mining in China and a massive temporary drop in the Bitcoin network's hash rate may not actually be such a terrible event for the coin's exchange rate. 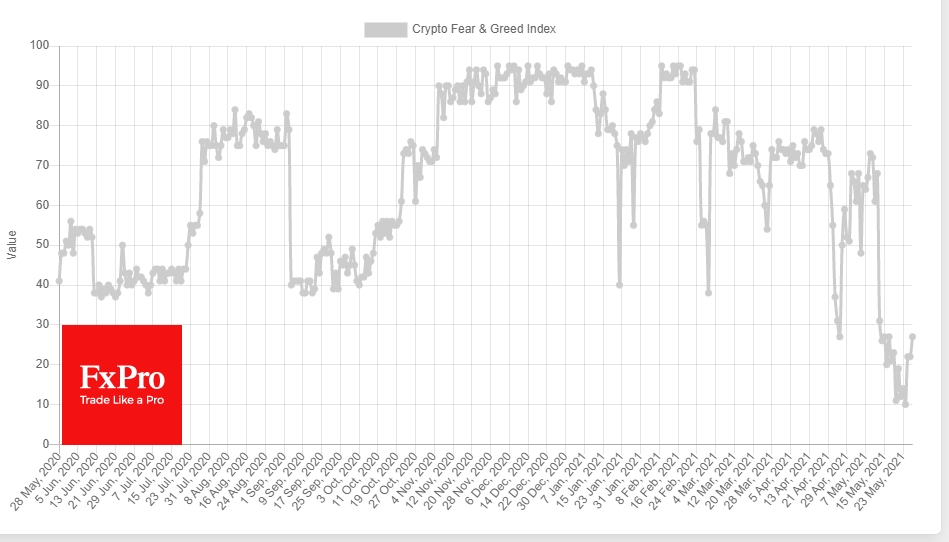 If a large number of ASICs are suddenly shut down, it will probably cause a short-term large-scale shock, mostly reputational. Nevertheless, the drop in coin supply should cause the price to rise. Miners will change location, difficulty levels will adjust, and the market will stabilize under the new conditions.

Hypothetical support for the crypto market in the short term should also come from Glassnode data, which indicates a build-up of long-term positions in Bitcoin by whales, as well as an exodus of large investors from the over-the-counter markets. This could probably point to another phase of asset accumulation after a deep correction, which prevented Bitcoin and the entire crypto market from going into a real free fall.