Considering a move for retirement? How to know if you’re ready or not 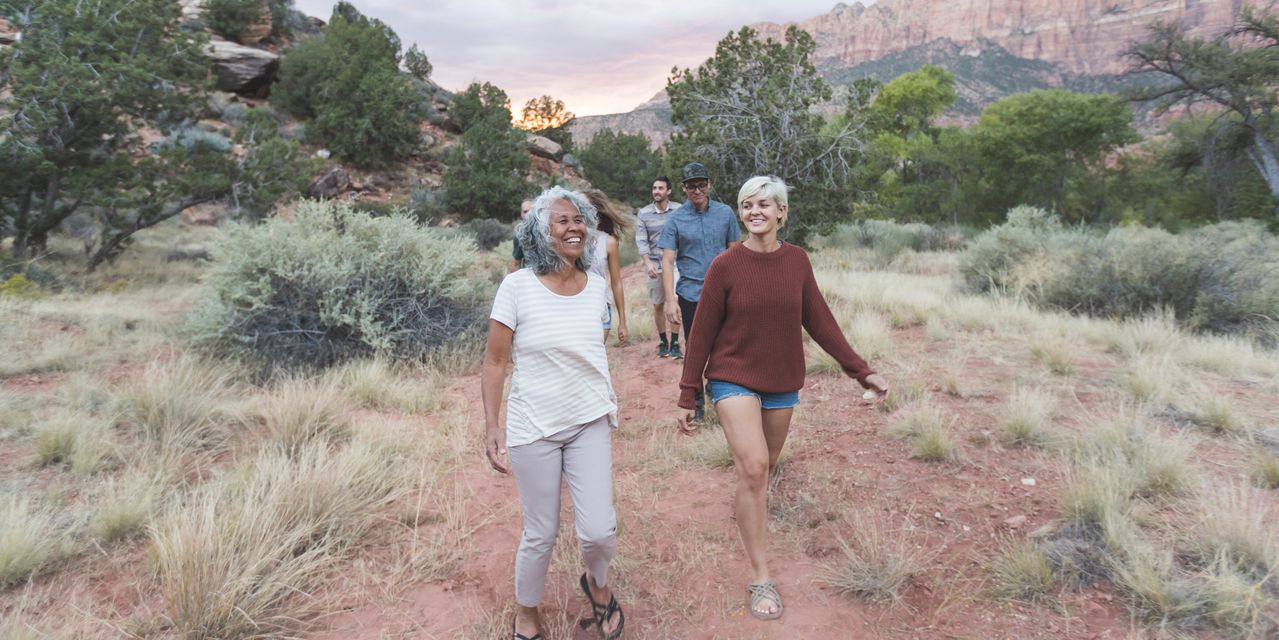 The couple who lived across the country lane from us in the rural Virginia countryside moved last week.

He’s in his late 60s, and she’s just a hair north of 70. They decided it was time to start a new chapter.

They aren’t retiring, but the lure of a new lifestyle in a small town within commuting distance to the cultural life in Boston and the joy of watching the boats going up and down the Essex River out into Ipswich Bay, among other factors, was appealing.

And they can work remotely.

“It’s so different from where we have come from,” she wrote me in an email this weekend. “So far it seems very much the right thing to have done; we think this change will reinvigorate us. But we sure do miss you.”

We rode out the pandemic with them last year, meeting for outdoor, socially distanced meals at our homes and tucking in our bubble to listen to tunes and talk about so many things from politics to vaccines to horses and dogs and travel.

He was born in Boston. She went to Harvard Law School. And they’re committed Red Sox fans. It’s a return to roots in a way, but also a launch in a new adventure. They don’t have family or old friends nearby where they relocated, at least right now.

This summer, my husband and I will have lived in the same home in Washington, D.C. for 29 years. And we moved into our cottage in the country 13 years ago. “The collapse of time,” my dad used to call it. It all goes by in a blink.

We have no intentions of retiring, so we wouldn’t be seeking a last stake in the ground kind of town. But as the decades click by, you do pause and ask, is this where the road ends? I’m not trying to be morbid, just realistic.

Years ago, I pushed for the tiny cottage in the country because I didn’t want to wake up and look at a D.C. alley for the rest of my life. I love the city–especially the fast internet connection and the pizza place I can walk to around the corner–but I breathe easier with rolling fields, mountain vistas, rolling streams and fresh air.

It was a great decision for both of us. Admittedly, my husband does lean into city life more than I do. Now we blend city and country. But what about a major shift to another part of the country where we’ve never lived, have always dreamed of, or simply a return to our roots and the familiarity of childhood roads and family ties?

What would it feel like to let go of some of the things we have accumulated over these years together, to dismantle our lives? Our friends say it has been liberating these past few months as they tossed things, filled dumpsters, and shredded paper documents stashed in boxes that had sat unopened for years.

Did the pandemic get you pondering these things as well? That’s what spurred our friends to rethink where they wanted to live and sent them out house-hunting, virtually initially.

The rise in remote work as a viable option for many workers makes it doable. Many employers have accepted the cost-savings and upside of productivity and performance of a remote workforce. And if you run your own business and can work out of a home office, as both my husband and I do, it can always be a consideration.

In April, Zillow’s 2021 Mover Report: “The Opportunity, Emotion and Trends Behind the Great Reshuffling” was released, and it captured that reality. The survey found that more than 1 in 10 Americans (11%) say they moved in the past year and a significant number of homeowners say they’re more likely to move and sell their home because of the pandemic, representing an additional 8 million households.

Among those recent movers, three quarters (75%) say they moved for positive reasons, such as being closer to family or friends or living in an area they’ve always dreamed of. Starting a new chapter in their life was among the most rewarding parts of moving to a new home, according to the report; Nearly 3 in 5 (59%) say positive life events happened after their most recent move, most commonly citing that became passionate about something new.

Frankly, I’m not truly envisaging that my husband and I will pull up stakes and move any time soon, but it did set me off on a fantasy of dreaming a little about what if?

There’s lots of help out there for boomers like me and my friends to research locales. Recently, the latest and greatest rosters of best cities to retire in 2021 were published by a variety of sources from Ramsey Solutions to Forbes to Travel and Leisure and International Living. U.S. News & World Report served up their line-up for 2021 in October. (Most of the cities named are in Florida.)

The Wall Street Journal posted a terrific resource for where to start your research for a move including “America’s 100 Best Places to Retire,” Bert Sperling’s “Best Places,” a website that dissects the cost of living in various cities and more, and “Best Cities for Successful Aging,” published by the Milken Institute Center for the Future of Aging. MarketWatch also received a shout-out for its best places to retire tool.

Most “best of” cities are determined by variables such as taxes, entertainment access, healthcare, outdoor activities, crime, and weather.

Read MarketWatch’s Where Should I Retire? column

And they are fun to peruse. I admit the Forbes list which came out last month is a favorite of mine. This year, William P. Barrett, the brains behind the list, and his team compared nearly 800 locales in America, on everything from housing costs and taxes to healthcare, air quality and climate change and natural hazard risk. From those criteria, they chose the top 25 cities for retirees. They also measured the strength of the local economy with an eye to those aiming to continuing working, which is key in my view.

Read: What’s the best place to retire? You’ll have to do a little work to figure it out

I particularly give special kudos here for the attention to climate change. This is a huge future consideration when one thinks of global warming and the potential, for instance, for soaring electrical costs to stay cool with air-conditioning, or the rising cost of homeowner’s insurance in coastal cities.

This is the second year that Forbes measured climate change and disaster risk. They consulted a University of Notre Dame Urban Adaption Assessment which focuses on issues like sea level rise and heat. This year, they also used the new FEMA National Risk Index for Natural Hazards which calculates for every county a vulnerability measure for 18 natural hazards, including flooding, hurricanes, landslides, earthquakes and wind.

These best cities beauty pageants are positioned as retirement locales, but I propose thinking of them as places for your next act, to reinvigorate (as my friend said), recharge your creativity and ramp up your learning curve as you meet new people and explore new places. I suggest you use these as a jumping off point to get your imagination going about what you might value in a new place to live, and to get some facts and figures about cost of living and other financial concerns.

There is, nonetheless, the emotional element to making these kinds of life-changing pivots that’s unique to each one of us that can’t be captured in one of these surveys.

Our friends made a gut decision and one from the heart to take a risk at trying something new. It won’t be the same without them in Virginia, but we look forward to visiting them and their three dogs soon. Fried clams, anyone?

Kerry Hannon is a strategist on work and jobs, entrepreneurship, personal finance and retirement. Kerry is the author of more than a dozen books, including Great Pajama Jobs: Your Complete Guide to Working From Home, Never Too Old To Get Rich: The Entrepreneurs Guide To Starting a Business Mid-Life, Great Jobs for Everyone 50+, and Money Confidence. Follow her on Twitter @kerryhannon.