Crypto vs. Gold; Where to Place Your Bets By DailyCoin 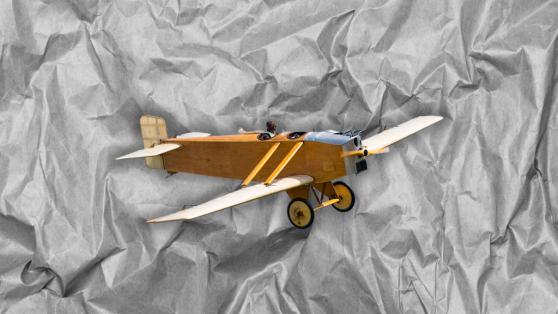 Crypto vs. Gold; Where to Place Your Bets

With inflation pressure becoming more intense by the day, investors are increasingly looking for safe havens to store wealth. Traditionally, gold has been the preferred location to hedge against a devalued dollar, but as cryptocurrencies gain favor, some may see it as a viable alternative. The question is, should investors be buying up gold or adding more crypto to a diversified portfolio?

According to the U.S. Federal Reserve Systems M2 Money Stock reports, about a quarter of all U.S. dollars were created in the last year. Many economists call this unsustainable fiscal and monetary policy.

“The world has never seen this much money being printed in such a short period of time,”
says Thomas Lynch, Managing Partner of Strategic Investments, a Dubai-based venture capital firm.

“The buying power of the dollar has to go down. I don’t see any other option.”
Unlike past hyperinflation events, investors have more options today. Gold may still be viewed by institutional investors as the safer bet, but the crypto marketplace is increasingly being viewed as an opportunity to see greater and faster returns.

“However, I don’t recommend that anyone be holding on to cash right now.”

A rush to gold

As we have seen over the last year, crypto is not for the risk averse. Gold, on the other hand, is seen as a safe, time tested investment. In fact, according to the World Gold Council, gold has delivered an average annual return of 15.4% during periods of high inflation (greater than 3%). Research by Dirk Baur and Brian Lucey concluded that gold is in fact a safe haven and protects assets during a market decline.

“The safest investment with the lowest risk is physical gold,”
says Lynch.

“But I think that the more opportunistic investment, with the highest reward potential, is in junior mining stocks.”
Gold and silver mining stocks have been through essentially a ten-year bear market, and the current market conditions could portend a shiny future for precious metals.

“For the last decade, very little money has been poured into the development of mining gold,”
says James Tworek, CEO of Element79 Gold Corp (https://www.element79.gold/) a gold mining and development company that launched its initial public offering this spring.

“The last great gold bull market ran from about 1999 to around 2011 and provided an opportunity to build generational wealth in junior mining stocks.”
What is interesting for investors looking to add gold stock to their portfolio is that in a sense, a rising tide floats all boats. As the price of gold goes up, the correlating price of gold stocks tends to go up at a faster multiple.

“The reality is, any company that has any sort of gold assets, investments or holdings is going to see its value increase if the underlying resource value of gold goes up,”
explains Tworek.

“Just look at the last time the price hit $2,000 an ounce. The greater markets increased way more than that 15% runoff.”
However, mining industry experts believe the lack of capital being pushed into the mining sector over the last decade has left a lot of operations squeezed with very few options but to sell off their assets, often at a steep discount. Therefore, investing in juniors can be high risk, high reward.

“If I was investing in a junior gold mining company, I would want to invest in one that has proven ounces and is actively exploring,”
says Lynch of Strategic Investments.

“Because as an investor, I am looking for that upside of them finding a result, and that being reflected very positively in their market cap, increasing their share price, as the gold price inevitably goes up.”

The case for crypto

When it comes to cryptocurrency, Lynch prefers over some of the other up and comers. While he was not a true earlier adopter, he was able to buy in when it was trading in the low thousands. However, he acknowledges that while his portfolio does include crypto, he does not advise anyone to go all in.

“I think that crypto is going to be worth a lot at the end of the day,”
adds Lynch.

“However, there is not 100% certainty on that or even on which cryptocurrencies will survive.
”While Lynch pushes for a larger investment in gold at his firm, Bill Miller, founder and chief investment officer at Miller Value Partners is more bullish on crypto, calling Bitcoin “digital gold.”
In a recent article in CNBC, Miller was quoted as saying,

“[cryptocurrency] is easily transportable and can be sent anywhere in the world if you have a smart phone so it’s a much better version, as a store of value, than gold.”
Tworek, who launched his gold mining venture with a strategic plan to capitalize on the current market conditions, also thinks cryptocurrencies are here to stay.

“I think the double blockchain digital concept is something that's inevitable for the global economy,”
says Tworek.

“Therefore, you might as well get in early, and if you're not forced to sell, sit and hold, and I believe you’ll prosper.”
“I just worry about all the fluctuation in price, going up 15% and then down 15% or more,”
says Lynch.

“I’m not sure that’s good for the average investor, as it can be an emotional rollercoaster.”
One would not have to look hard for an example of such volatility. The recent example of a lone tweet from Elon Musk about the environmental impact of Bitcoin caused the virtual currency to drop substantially this Spring.

There are other concerns for investors as well, with government regulation being a prime example. While India and Turkey have moved to outright ban crypto, others believe the currency is due for government intervention.

“cryptocurrencies could become a victim of their own success by inviting regulation.”
Essentially, governments may look to crack down on virtual currencies, much like China did earlier this year, which sent the market into dive.

The long-term impacts of such regulations and what that means for investors is still yet to be determined. However, for some investors who are predicting Bitcoin will move over $250K in a relatively short period of time, the potential boon outweighs any possible bust.

Both Tworek and Lynch are betting big on gold, but they both believe there is a bright future for crypto as well. The bottom line is whether or not you believe in gold stocks, physical gold, or cryptocurrency, there are a lot of opportunities for investors looking to hedge against the dollar.

“I think the case could be made that a lot of easy money can be made in the coming years,”
concludes Lynch.

“It is just a matter of directing that wealth into your bank account, instead of someone else’s.”