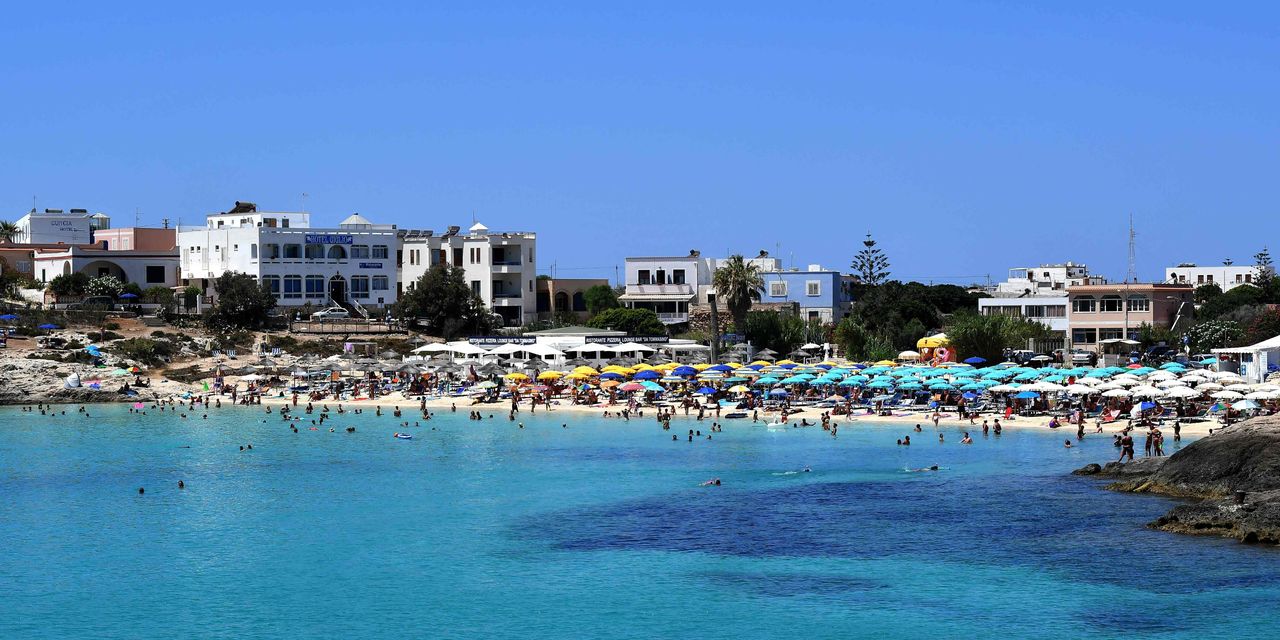 Travel and tourism will begin to bounce back by second half of 2021, according to data seen by Keith Barr, chief executive of Holiday Inn owner Intercontinental Hotels
IHG,

But the boss of one of the world’s largest hotel groups warns about capacity constraints across the industry, in an interview with MarketWatch, and says the rollout of COVID-19 vaccines is behind a “surge” in bookings at hotels, airlines and tour operators.

“If a market is open for travel we are seeing surges in leisure demand,” he says. “Talking to airline CEOs, and seeing our industry data, you’re seeing rapid demand for luxury resorts, for normal resorts, hotels and leisure destinations too. It will clearly be a leisure-led recovery underpinned by essential business travel.”

IHG’s Six Senses resort in the Seychelles has just opened and Barr says it is running at 80% occupancy at record average rates, prompting him to warn about capacity constraints.

“I think leisure demand could outstrip supply in some markets in the short to medium term,” he says. “Talking to some of the airlines they’re concerned about their ability to get capacity fast enough, if things really do open up.”

Bookings are rising in parallel with vaccinations, and he says that a significant portion of the travel industry’s recovery will be seen in the second half of 2021 and the bulk of 2022.

Over the past year the London listed FTSE-100
UKX,

(61%). The airlines have also risen on vaccine optimism, with Delta
DAL,

Before 2020, the travel and tourism sector outpaced global economic growth for a decade. Over the past five years, one in four new jobs globally were created by the sector, which contributed almost $9 trillion, 10%, to the world’s gross domestic product in 2019.

But the pandemic has hit hard and an economic impact study from the World Travel & Tourism Council, which represents the sector, shows its contribution to global gross domestic product dropped 49.1% compared to the overall global economy which dropped by just 3.7% last year. The March report shows the sector lost $4.5 trillion last year.

“
“China is a very good example of when the virus is contained . . . and consumer behavior is back to normal. You see travel returning with an incredible surge. Planes are full, trains are full and  meetings and events are happening.”
”

To get an idea of the shape of the recovery to come, Barr points to China, which he describes as already post-COVID.

“China is a very good example of when the virus is contained, because it’s effectively contained in China, and consumer behavior is back to normal. You see travel returning with an incredible surge. Planes are full, trains are full and meetings and events are happening. In a post-COVID environment where customers feel safe to travel, either because of vaccines or protocols or the virus not being there, inherently people have a desire to be connected.”

Travel restrictions vary around the world, with much of Europe still in strict lockdowns. In mid-May, international travel will resume to and from England, as part of rules being relaxed by the U.K. government. A ‘traffic light’ system will be introduced, which will see countries graded based on their COVID-19 risk.

Barr says that around the world he is seeing signs customers are feeling more confident to travel and this is strongly correlated to vaccine rollout.

“We’re seeing, and this is U.S. data, that as vaccine continues to ‘move down,’ bookings literally surge by age,” he says. “First it was over 65s and now we’re getting into 50s. And when you think about the trillions of dollars of savings that consumers have had banked in the past year they want to spend it on travel. People are calling it revenge travel and I’ve heard ‘vaccications.’

“We think business will come back, but it will be directly correlated to vaccination rates, and government restrictions being lifted and travel corridors opening up, so it will be a multiyear journey. The travel industry clearly has seen the biggest existential challenge it’s ever faced in our lifetimes, if not ever,” he adds.

IHG data show that 50% of its frequent travelers have already rebooked their travel that they canceled last year.

The business, which also owns Kimpton, Even hotels, Crowne Plaza, Staybridge Suites, Regent and Six Senses, has proven resilient during the pandemic. It had done some significant restructuring pre-COVID, which gave it more flexibility because it had taken some costs out of the business and could absorb the shock of the pandemic better than some of its competitors.

“We had very good relationships with our banks so we got the best banking covenant waivers in the industry because they believe we’re incredibly well positioned for the recovery,” he says.

The pandemic has also caused changes in the way hotels operate — food menus and information cards have been replaced with details provided online and that is likely to change permanently — the cost saving is significant. Customers will be able to book room service by an app, check in and out of their rooms online, and cast content from their mobile phones onto the television in their room using a secure network.

But the biggest trend, Barr predicts, will be prompted by the reduction in office space and increase in people working from home.

“We think we’ll be able to attract more customers into our hotels who want to work and have meetings than we have in the past — we’re definitely going to see a trend in that,” he says. “We think that people basically having smaller offices will potentially be looking for other places to work.”

Similar to the spaces seen in WeWork offices, IHG is installing pods in lobby areas where individuals can work, and pods where four people can meet. “We’ve already redesigned our Crowne Plazas and Holiday Inns to have a lot more functional workspaces in the lobby versus your traditional lobby designs for the local community, and also people in the hotels.

“It’s another way for us to generate revenue from space which could otherwise just sit kind of empty during the good portion of the day,” he says.