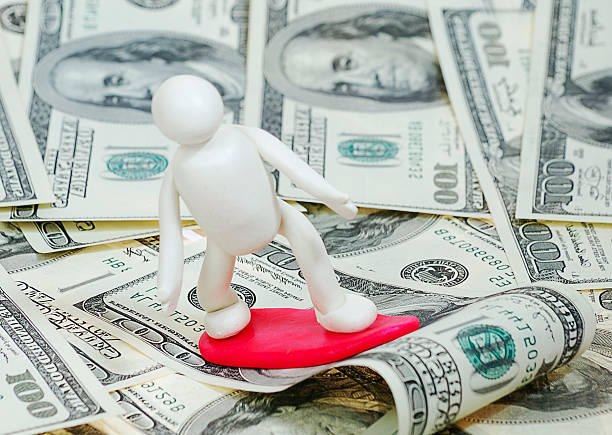 Dollar remains generally firm into US session as corrective recovery continues. Much weaker than expected ADP job data is ignored by traders. US stocks are also set to open higher with S&P 500 and NASDAQ extending the record runs. Australian Dollar is currently the weakest one, extending its correction too, after GDP disappointment. Euro is following as the second weakest, then Sterling.

Technically, there is no key resistance level taken out by the greenback yet. 1.1762 support in EUR/USD, 0.9161 resistance in USD/CHF, and to a lesser extend 107.05 resistance in USD/JPY remain the key to gauge if Dollar is staging a genuine rebound. 1902.73 support in Gold is also a key level, but it, at least, have to take out 4 hour 55 EMA firmly first. 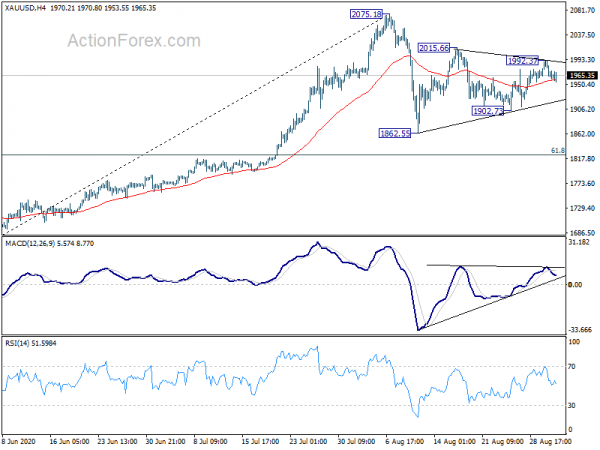 US ADP jobs rose 428k only, well below expectations

“The August job postings demonstrate a slow recovery,” said Ahu Yildirmaz, vice president and co-head of the ADP Research Institute. “Job gains are minimal, and businesses across all sizes and sectors have yet to come close to their pre-COVID-19 employment levels.”

Eurozone PPI came in at 0.6% mom, -3.3% yoy in July, above expectation of 0.5% mom, -3.9% yoy. Industrial producer prices increased by 2.1% mom in the energy sector, by 0.4% mom for durable consumer goods and by 0.1% mom for intermediate goods, while prices remained stable for capital goods and decreased by -0.2% mom for non-durable consumer goods. Prices in total industry excluding energy remained stable.

From Germany, retail sales dropped -0.9% mom in July, well below expectation of 0.5% mom.

BoJ Wakatabe: Necessary to be vigilant against risk of decline in inflation

BoJ Deputy Governor Masazumi Wakatabe warned today that “it’s necessary to be vigilant against the risk of a decline in the inflation rate.” Temporary external shocks like the coronavirus pandemic could lead to persistent stagnation. And, “in order to address both upside and downside risks to prices, the BOJ must continue to strongly commit itself to achieving its price target.”

Additionally, he said the BoJ must “constantly have deep discussions” on improving its policy. “It’s necessary to give further consideration to what kind of monetary policy should be taken in the COVID-19 era, while referring to discussions being held at other central banks.”

Wakatabe also hailed Fed’s average inflation target adoption as a “historical decision”. “The Fed has set a new target. But for monetary policy, there is always the question on what tools and communication means a central bank has to achieve its goal,” he added, “as such, we’d like to cautiously examine what effect the creation of the target could have” on the economy.

Released from Japan, monetary base rose 11.5% yoy in August, above expectation of 11.4% yoy.

Japanese Chief Cabinet Secretary Yoshihide Suga formally announced to run for leadership of the ruling Liberal Democratic Party, to become the next Prime Minister as Shinzo Abe steps down. Suga, a favorite of the LDP and financial markets, pledged that he would “maintain and push forward” with the “Abenomics” pursued by Abe. He also pledged to maintain the current relationship with BoJ.

A slimmed-down election with members of the parliament would be held on September 14. Suga’s main competition comes from former defence minister, Shigeru Ishiba, and ex-foreign minister Fumio Kishida. In particular Ishiba is so far seen has the most popular candidate among the public, pushing for changes.

After the release, Treasurer Josh Frydenberg said “Today’s national accounts confirm the devastating impact on the Australian economy from COVID-19… Our record run of 28 consecutive years of economic growth has now officially come to an end. The cause? A once-in-a-century pandemic.”

Nevertheless, “Australia’s economic performance sits among the top of those developed nations as a result of our health and our economic plan to fight the virus,” he added. “Our priority has and will continue to be saving lives and ensuring that Australia’s healthcare system has the capacity to test, trace and treat coronavirus cases.”

RBNZ Governor Adrian Orr said in a speech that the early policy actions on the pandemic, including significant reduction in the Official Cash Rate, and introduction of the Large Scale Asset Purchases, “have been effective in lowering interest rates across the board, and ensuring there is plentiful liquidity in the financial system.”

He added that RBNZ is “actively preparing a package of additional monetary policy tools to use if needed”. The tools include “negative wholesale interest rates, further quantitative easing, direct lending to banks, and ongoing forward guidance about our intentions.” While some of the tools are “unfamiliar to many New Zealanders,” he noted, “they are used widely internationally”.

Released from New Zealand, terms of trade index rose 2.5% in Q2, above expectation of 0.6%. 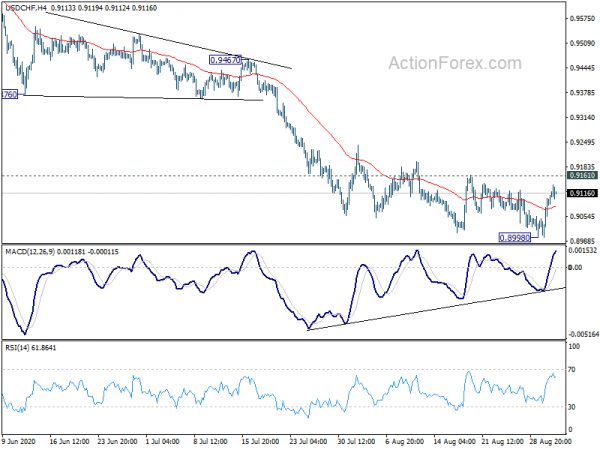 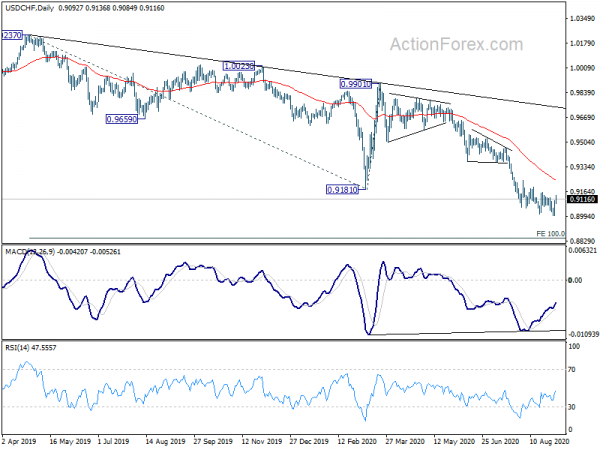