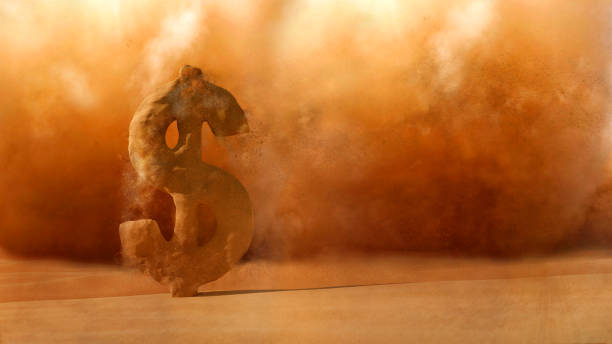 Dollar’s selloff resumed overnight after FOMC risk was cleared. Basically, Fed just reaffirmed it’s stance that it’s far from considering stimulus exits. Though, for the week so far, Yen is even weaker with strong rebound in global treasury yields. Euro is no far, follow Dollar as third weakest so far. On the other hand, Canadian Dollar is the top performing, leading other commodity currencies higher. 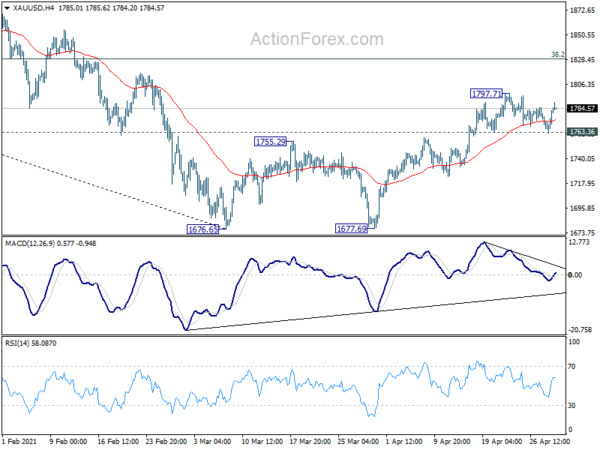 Dollar index falls after Fed, on track to retest 89.20 low

Dollar weakened overnight as Fed Chair Jerome Powell indicated in the post meeting press conference that “it is not time yet” to start discussing any change in the monetary policy stance. He added that recovery is “uneven and far from complete.” Fed is still “a long way from our goals” and it’s “going to take some time” to have substantial further progresses.

Powell also talk down the “one-time increases in prices”, as they are “likely to only have transitory effects on inflation.” “We think of bottlenecks as things that in their nature will be resolved as workers and businesses adapt, and we think of them as not calling for a change in monetary policy since they’re temporary and expected to resolve itself,” Powell said. “We know the base effects will disappear in a few months.” 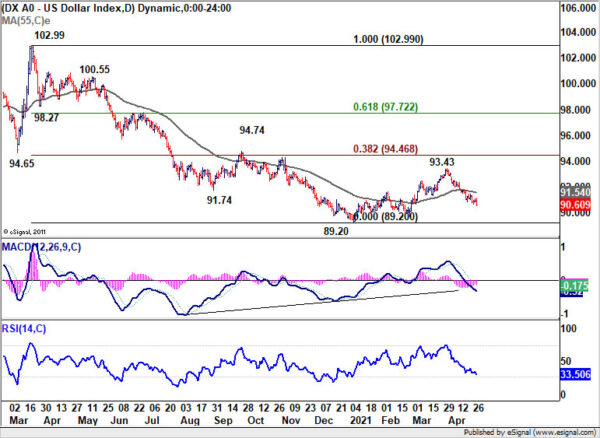 ANZ said: “Given supply-side constraints are biting so hard, the confidence and robust employment intentions of firms may represent greater upside to wages and prices than to actual growth. It’s looking like a pretty inflationary soup. The RBNZ will be keen to look through cost-push inflation as far as possible, because it’s temporary…. But there’s clearly plenty of demand and risk-taking out there. The notion that the RBNZ might be overcooking things may well gain some traction in the months ahead, especially with headline inflation expected to rise above 2% in mid-2021.”

Germany unemployment and CPI flash, Eurozone M3 and economic sentiment indicator will be released in European session. Later in the day, US Q1 GDP will be the main focus, while jobless claims and pending home sales will be featured too. 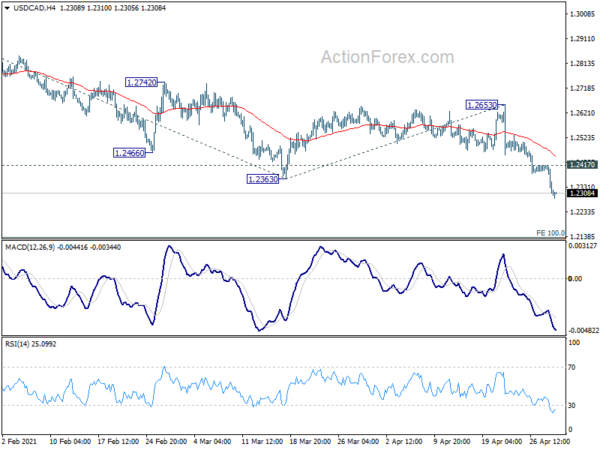 In the bigger picture, fall from 1.4667 is seen as the third leg of the corrective pattern from 1.4689 (2016 high). Further decline should be seen back to 1.2061 (2017 low). In any case, sustained break of 1.2653 resistance is needed to be the first sign of medium term bottoming. Otherwise, outlook will remain bearish in case of strong rebound. 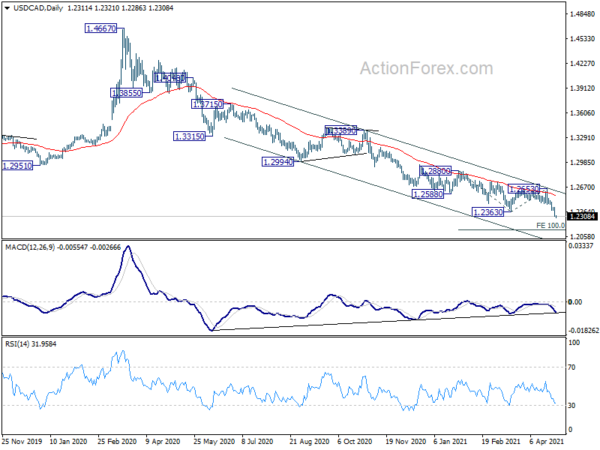