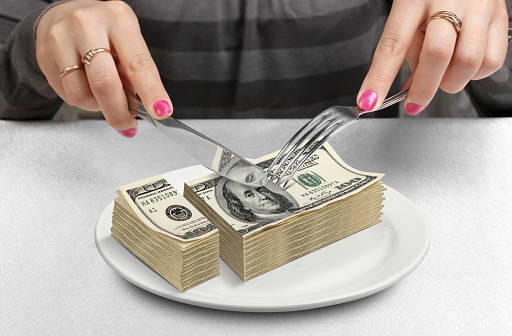 Dollar trades broadly lower this week so far, following the strong record close in stocks overnight. Nevertheless, Yen and, to a larger extent, Swiss Franc are not following the selloff much. Commodity currencies are trading broadly higher together with Sterling. Aussie yawns RBA rate decision, which provided nothing new to the markets.

Technically, the case is building up for broad based selling in Dollar. EUR/USD’s break of 1.1804 minor resistance suggests short term bottoming. More importantly, that’s the first sign that whole correction from 1.2348 has completed. AUD/USD is now pressing 0.7662 minor resistance while USD/CAD is also pressing 1.2519 minor support. Break of these levels will solidify Dollar’s weakness. Also, attention would also be on whether Gold could break through 1755.29 resistance to complete a double bottom reversal pattern (1676.65, 1677.69). 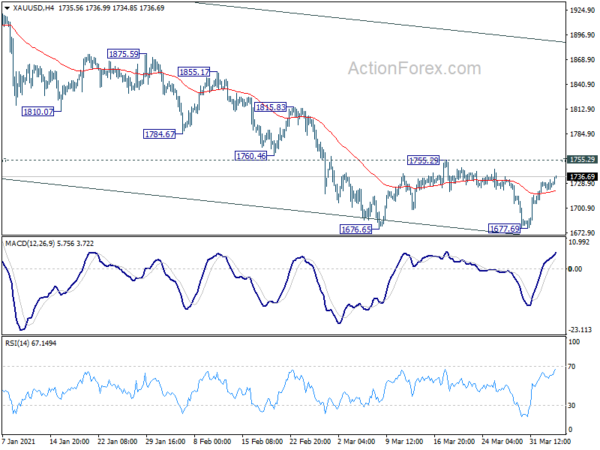 The central bank reiterated that recovery in Australia is “well under way and is stronger than had been expected”. Recovery is “expected to continue, with above-trend growth this year and next”. But wage and price pressures are “subdued” and are expected to “remain so for some time”. Underlying inflation is expected to “remain below 2 per cent over the next few years”.

It also kept the pledge to “maintaining highly supportive monetary conditions until its goals are achieved”. Conditions for a rate hike is not expected to be met “until 2024 at the earliest”.

China Caixin PMI Services rose to 54.3 in March, up from 51.5, above expectation of 51.7. Markit noted that business activity and sales both rose at quicker rates. Employment returned to growth. Business confidence also hit highest for over a decade amid hopes of post pandemic recovery. PMI composite also picked up to 53.1, from February’s 51.7.

Wang Zhe, Senior Economist at Caixin Insight Group said: “To sum up, the economy continued to recover from the epidemic…. The recovery in manufacturing slowed for the fourth straight month, whereas for services, it expanded at a much faster pace… More attention still needs to be paid to inflation going forward. Input costs and output prices in the services and manufacturing sectors have been rising for several months, reflecting growing inflationary pressure. This has restricted the room for future policy changes and is not conducive to a sustained economic recovery in the post-epidemic period

Fed Mester: We’ll see a very strong second half of the year

Cleveland Fed President Loretta Mester said in a CNBC interview that “we’ll see a very strong second half of the year”. However, ” we are still far from our policy goals,” referring Fed’s dual mandate.

The March non-farm payrolls report was a “great” one. But Mester added, “we need more of them coming our way.” “I think we need to be very deliberately patient in our approach to monetary policy.”

Mester was not concerned with this year’s rise in treasury yields. “I think the higher bond yields are quite understandable in the context of the improvement in the economic outlook. The increase has been an orderly increase,” she said. “So I’m not concerned at this point with the rise in yields. I don’t think there’s anything for the Fed to react to.”

Intraday bias in AUD/USD remains neutral for the moment. On the upside, break of 0.7622 minor resistance will suggest short term bottoming at 0.7530, on bullish convergence condition in 4 hour MACD. Intraday bias will be turned back to the upside for 0.7848 resistance. Break there should confirm completion of the correction form 0.8006. On the downside, break of 0.7530 will extend the correction to 100% projection of 0.8006 to 7620 from 0.7848 at 0.7462. We’ll look for strong support from there to bring rebound. 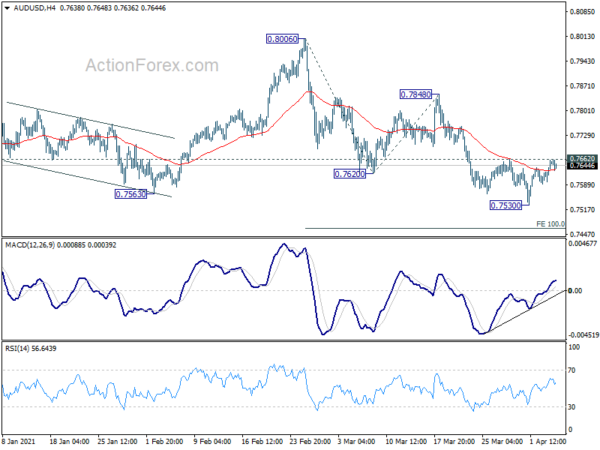 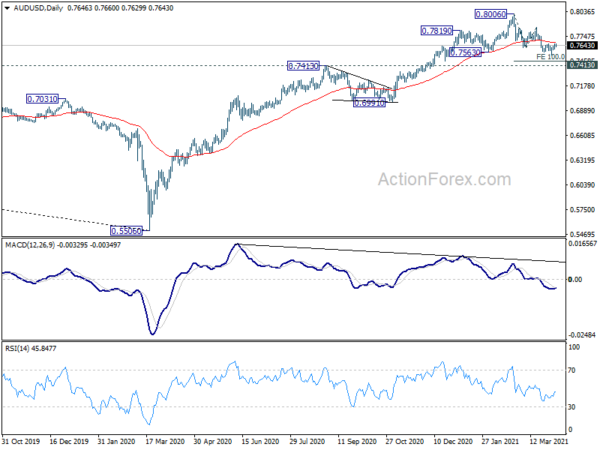