Dollar & Yen Firm, But More Needed to Prove Their Strength 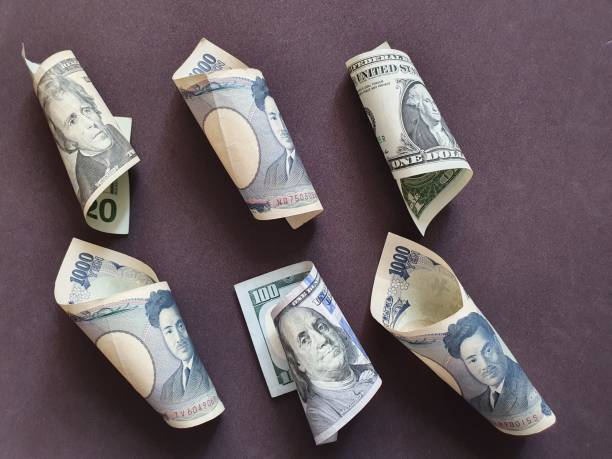 Dollar and Yen remain generally firm in Asian session while Australian and New Zealand Dollars are soft. US stocks pared back much of the initial losses overnight with DOW ended nearly flat. Overall sentiments are also stable and mixed in Asia only. Coronavirus infections and politics, like US election and stimulus as well as Brexit, will continue to provide the volatility for the markets. But that’s not so much the case for New Zealand, as Prime Minister Jacinda Ardern is widely tipped to win this week’s election after successfully controlling the coronavirus outbreak.

Technically, Dollar and Yen appear to be on a firm footing, but they both have more to prove. USD/CAD breached 1.3242 resistance overnight but couldn’t overcome it cleanly. USD/CHF is also held well below 0.9197 minor resistance while GBP/USD is holding comfortably above 1.2845 minor support. GBP/JPY is also still struggling at around 135.66 minor support, without confirming underlying near term bearishness. Gold has clearly lose much upside momentum as seen in 4 hour MACD. Yet, it’s holding above 1872.75 support and thus, another rise is still in favor to 1973.58 resistance. 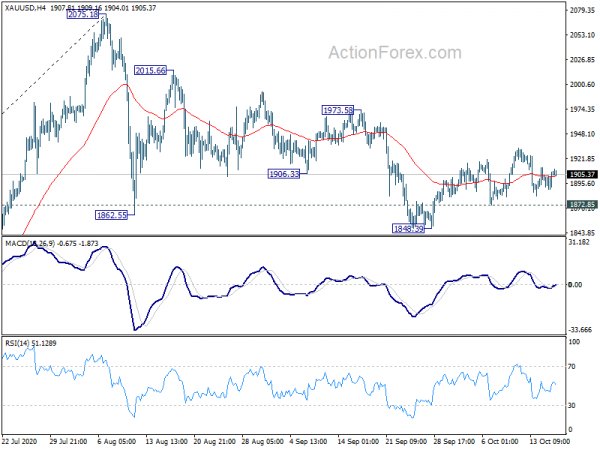 BNZ Senior Economist, Doug Steel said that “although the September PMI pushed above its long-term average of 53.0, it should not be confused with above average activity levels. Rather, it indicates growth off the low base set earlier in the year. Growth has not yet been enough to recoup previous loses, but some progress is being made”.

EU leaders concluded in the summit to give a further “two to three weeks” for negotiations with UK on post Brexit relationship. But they also demand the UK to make the necessary moves to make an agreement possible”. The final communique also asked chief negotiator, Michel Barnier, to “continue negotiations in the coming weeks”, dropping the call for “intensification” of talks as included in an earlier draft.

“We’re available, we shall remain available until the last possible day,” Barnier said. “The negotiations aren’t over – we want to give these negotiations every chance to be successful. I shall say to David Frost we’re prepared to speed up negotiations in the next few days.”

UK’s chief negotiator, David Frost, tweeted: “Disappointed by the conclusions on UK/EU negotiations. Surprised EU is no longer committed to working ‘intensively’ to reach a future partnership as agreed with [the European commission president, Ursula von der Leyen] on 3 October…. Also surprised by suggestion that to get an agreement all future moves must come from UK. It’s an unusual approach to conducting a negotiation.”

Frost also tweeted: “Boris Johnson will set out UK reactions and approach tomorrow (Friday) in the light of his statement of 7 September.”

Minneapolis Fed President Neel Kashkari warned that without further stimulus, “we will end up having a much slower – what I would call a grinding – recovery”.

“If you can’t pay your bills, more quantitative easing is a poor substitute for extended unemployment insurance,” he added said. “Only Congress has the ability to get that direct fiscal aid to the small businesses and to the Americans who have lost their jobs and who are facing real hardship.”

Eurozone will release CPI final and trade balance. Later in the day, Canada will release manufacturing sales. US will release retail sales, industrial production, business inventories and U of Michigan consumer sentiment.

Intraday bias in USD/CHF remains neutral as consolidation from 0.9087 temporary low is still in progress. With 0.9197 resistance intact, further fall is still in favor. On the downside, break of 0.9087 will bring retest of 0.8998 low first. On the upside, however, break of 0.9197 will extend the corrective pattern from 0.8998 with another rise to 0.9304 resistance and above. 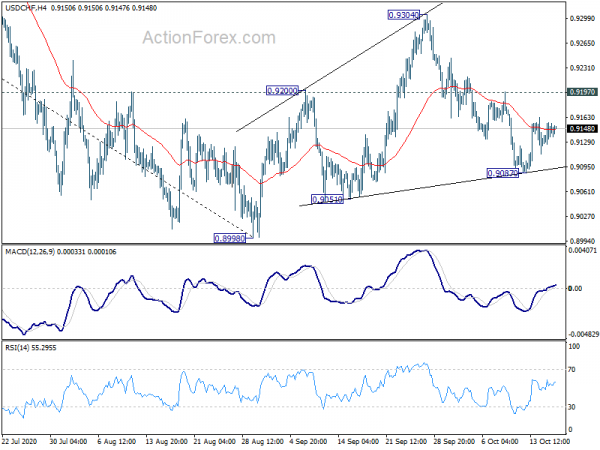 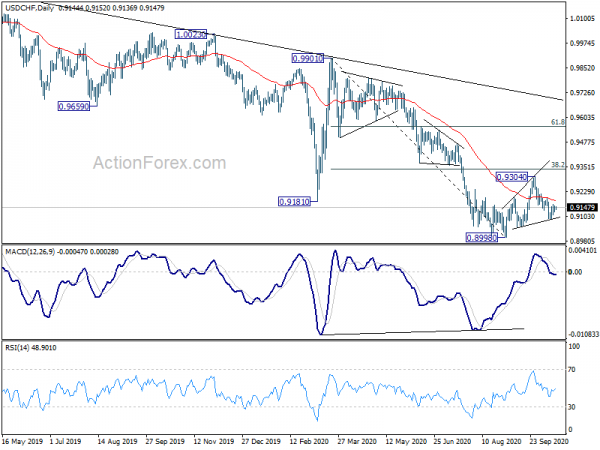