‘s success story continues. After a brief pullback toward the $30K low, the benchmark cryptocurrency is once again aiming for $40K. Over the past 24 hours, Bitcoin has added more than 12% and is trading near $38K. Bitcoin's dominance index holds around 70%, while the total capitalization of the crypto market has once again surpassed $1 trillion. 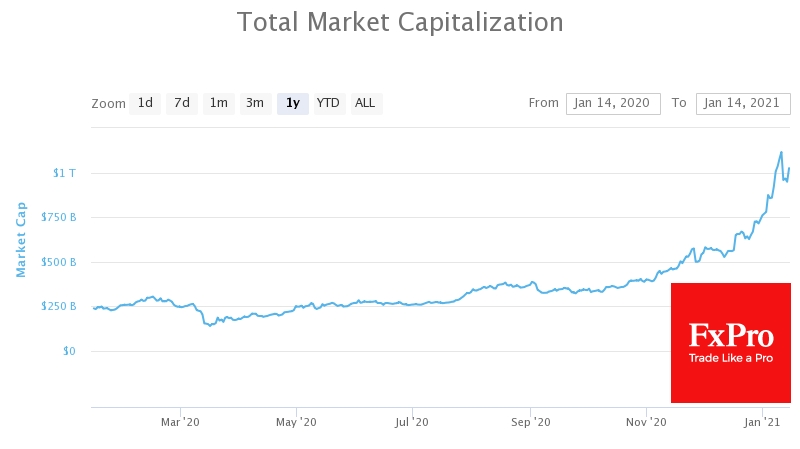 This threshold now has a psychological impact on retail crypto market participants, confirming the course for further growth. In 2017, the crypto market was already approaching this mark, but afterwards, a massive correction began, which led to the “crypto winter”. Now we are witnessing that the crypto machine is actively gaining speed near this level, which encourages investor optimism.

Previously, Bitcoin faced multiple waves of corrections as it approached $20K, and now the coin may face waves of profit-taking as it reaches $40K. Nevertheless, the crypto community is waiting for growth up to $50K. Given the volatile nature of the crypto market, this price level is realistic. Institutional investors at the end of last year voiced growth targets not only above $100K but even as high as $300K, suggesting the potential for multiple increases from current levels.

Altcoins supported the growth of the first cryptocurrency. Altcoins are now the riskiest assets to invest in as they attract the most retail demand and are therefore more prone to correction compared to BTC. 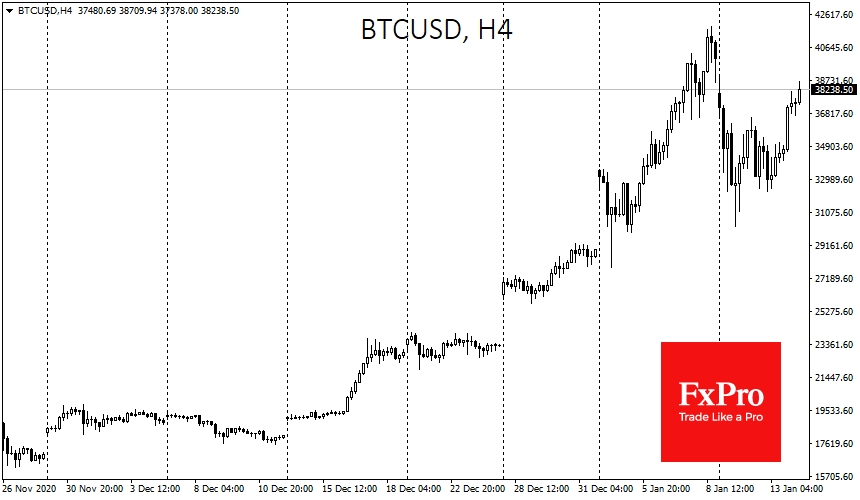 The largest 100 Bitcoin wallets have been very bullish over the past 30 days. In total, almost 350,000 new bitcoins appeared in these wallets. Even more optimistic news is that most of these addresses did not react in any way to the correction. Withdrawal transactions were recorded at a very small number of Bitcoin addresses.

While this could be attributed to the fact that many investors were on the winter holidays. Should the inflows to crypto funds not increase closer to the end of January, it could mean that big capital decided to stop crypto purchases.

Google Bans DeFi From Advertising On Its Platform, What Now? By DailyCoin