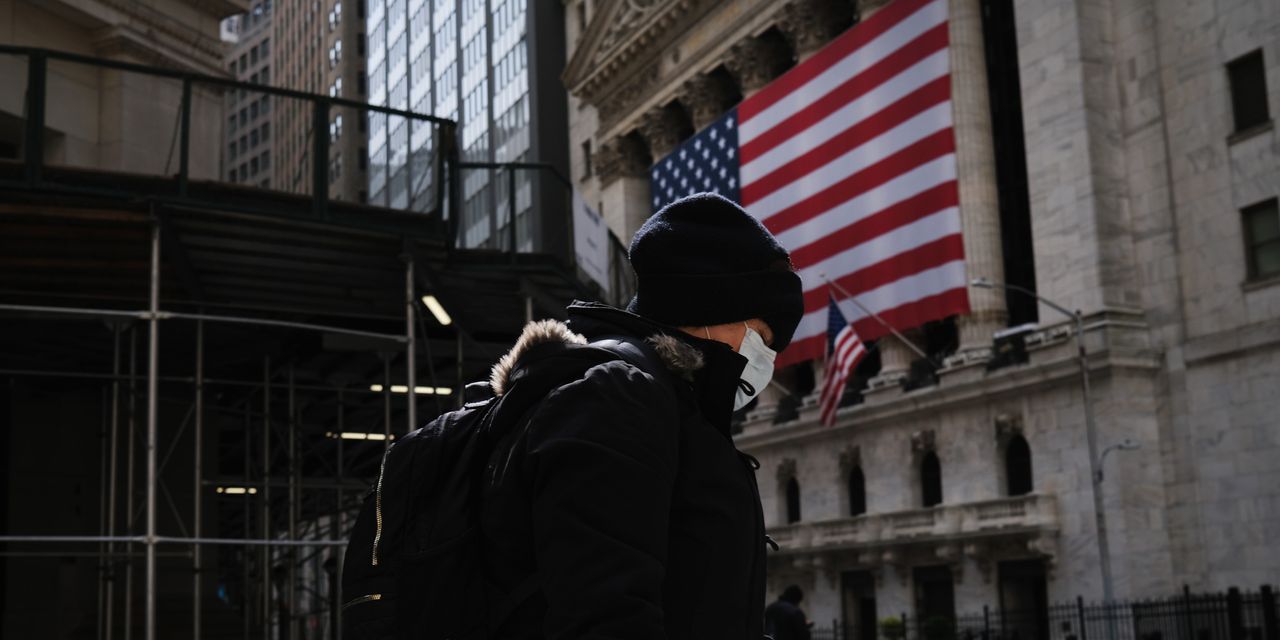 Pre-market trading in equity benchmarks pointed to solid gains to start trade in March, with some strategists attributing the enthusiasm to a cool-down in the rapid rise in bond yields that had unsettled the bullish mood on Wall Street last week.

Rising bond yields threaten to undo easy-money policies implemented by the Federal Reserve to stem the economic harm from public health protocols to mitigate the spread of COVID-19.

Stock markets appear to be tilting higher to start the week and month but last week’s rocky trading perhaps highlights the challenges that the economy and market will face as the COVID pandemic recedes.

Monday’s early moves higher were being attributed to a pullback in bond yields, which were arguably occurring at the same time that yields should be extending their gains, with new vaccines and more stimulus pointing to a sharp improvement in the U.S. from out of virus-induced recession.

The Centers for Disease Control and Prevention advisory panel voted unanimously to recommend the use of Johnson & Johnson’s one-shot coronavirus vaccine, coming after the Food and Drug Administration also green lighted the COVID vaccine, which is considered by some medical professionals a potential game-changer in getting people inoculated from the deadly pathogen.

is fridge stable for three months and requires half the dose of competitors Pfizer-BioNTech and Moderna, which must be stored at subzero temperatures. Some 4 million doses of the J&J vaccine are ready to be shipped soon, according to reports.

Also over the weekend, the House passed the Biden administration’s $1.9 trillion COVID relief bill, which must be considered by the Senate. Some lawmakers are aiming finish the aid package before March 14, when some federal unemployment assistance expires.

Market participants make the case that the surge in bond yields and the selloff in stocks, due to higher borrowing costs that higher rates imply, may have been overdone.

Sebastien Galy, senior macro strategist at Nordea Asset Management, wrote that the so-called tantrum by markets may have found some momentary stabilization.

“This is most likely the end of this temper tantrum and presents opportunities for investors faced with dislocated markets,” he wrote in a Monday research note.

However, the issues with rising rates, which the Federal Reserve has suggested its healthy because it reflects the hope for a better economy in the future, aren’t likely to just fade away.

“The odds are that in the second half of the year, when the economy fares better, this theme of a temper tantrum will once again kick in sending shock waves into growth,” Galy wrote.

Markets may glean more insights from Fed officials, with New York Fed President John Williams and Fed governor Lael Brainard set to speak after 9 a.m. Eastern at the Institute for International Bankers. Williams will provide closing remarks at a webinar on culture, diversity and inclusion.