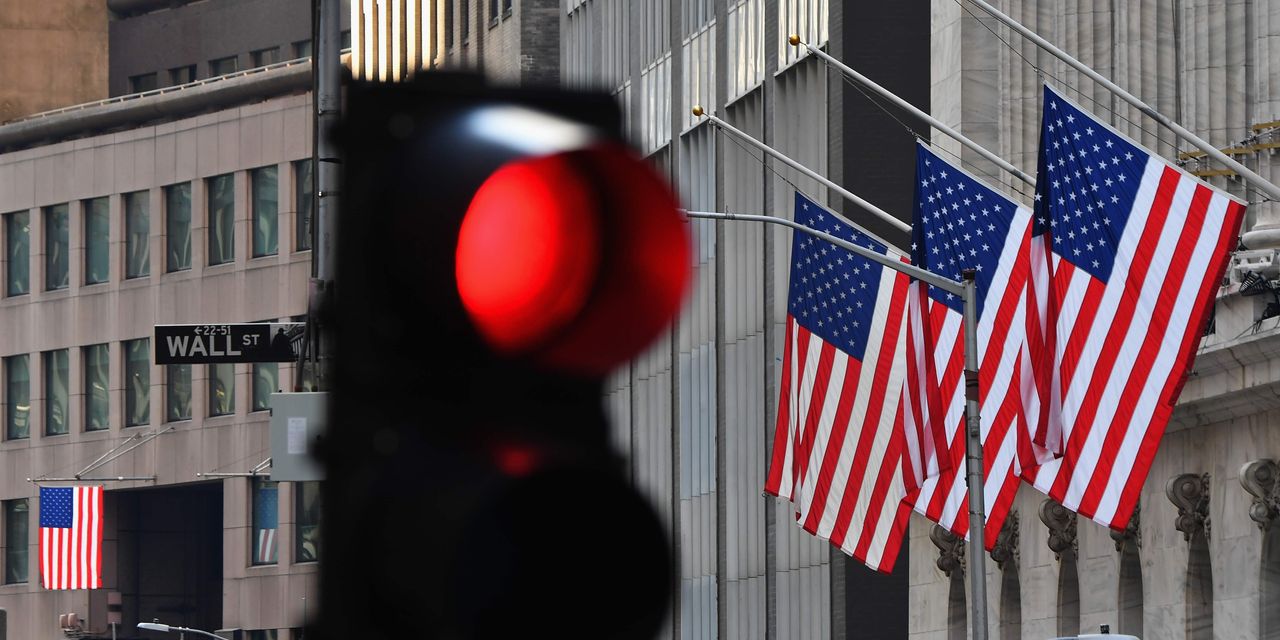 U.S. stock futures were headed lower Friday morning after posting fresh record highs this week, as lockdown measures in Europe and America to combat the COVID-19 pandemic take their toll and President Biden’s proposed new round of fiscal stimulus runs into opposition in the Senate.

On Thursday, the Dow
DJIA,

Investors are finding few reasons to continue to buy stocks on Friday after a run-up to records this week, with the acceleration of new cases and lockdowns in some European countries and in Asia undermining support for equities.

The global tally for confirmed cases of the coronavirus that causes COVID-19 climbed above 97.5 million on Friday, according to data aggregated by Johns Hopkins University, while the death toll rose above 2.09 million.

U.K. Prime Minister Boris Johnson said that the country’s current lockdowns could last into the summer, raising further questions about the economic impact of the outbreak in Europe and the U.S.

On top of that the disease, which was first reported in Wuhan, China in December of 2019, has cropped back up in the country, with 103 new infections, marking an 11th day with more than 100 confirmed cases, while Hong Kong has seen its first lockdown, with concerns amplified since new cases are coming just ahead of Lunar New Year festivities, a popular holiday in Asia.

Adding to investor worries, data showed the flash eurozone purchasing managers index dropping in January to a two-month low of 47.5, coming close to the expected 47.6—from 49.1 in December. The European Central Bank on Thursday warned that the eurozone could be headed for a double-dip recession if lockdowns become longer lasting.

In the U.S., Dr. Anthony Fauci, head of the National Institute of Allergy and Infectious Diseases, returned to the daily White House briefing on Thursday and said that new data shows that vaccines currently on the market may be less effective in battling variants of the coronavirus that causes COVID-19.

Investors have been focused on the new Biden administration’s approach to the dual economic and public-health crisis as well as the impact of the coronavirus on American corporations.

Analysts also doubt that a $1.9 billion relief package proposed by the Biden will remain intact in the Senate as the new president seeks to gather consensus in Congress on further fiscal spending.

On the corporate front, investors were watching corporate quarterly results, with a focus on Intel Corp. whose shares rallied to close higher in the last minutes of trading Thursday when the chip maker unexpectedly released quarterly results before the end of the trading session, but the stock
INTC,

retreated in extended trading as the company addressed long-range plans.

Meanwhile, International Business Machines Corp. IBM on Thursday afternoon reported a decline in adjusted net income for at least the seventh consecutive year, and a step down in sales for the eighth year out of the past nine, according to FactSet records.

Looking ahead, investors are watching for a composite survey of U.S. purchasing managers due to be published by IHS Markit at 9:45 a.m. Eastern and a report on existing-home sales for December at 10 a.m.