Dow poised to climb a over 240 points as focus turns to Amazon, Google 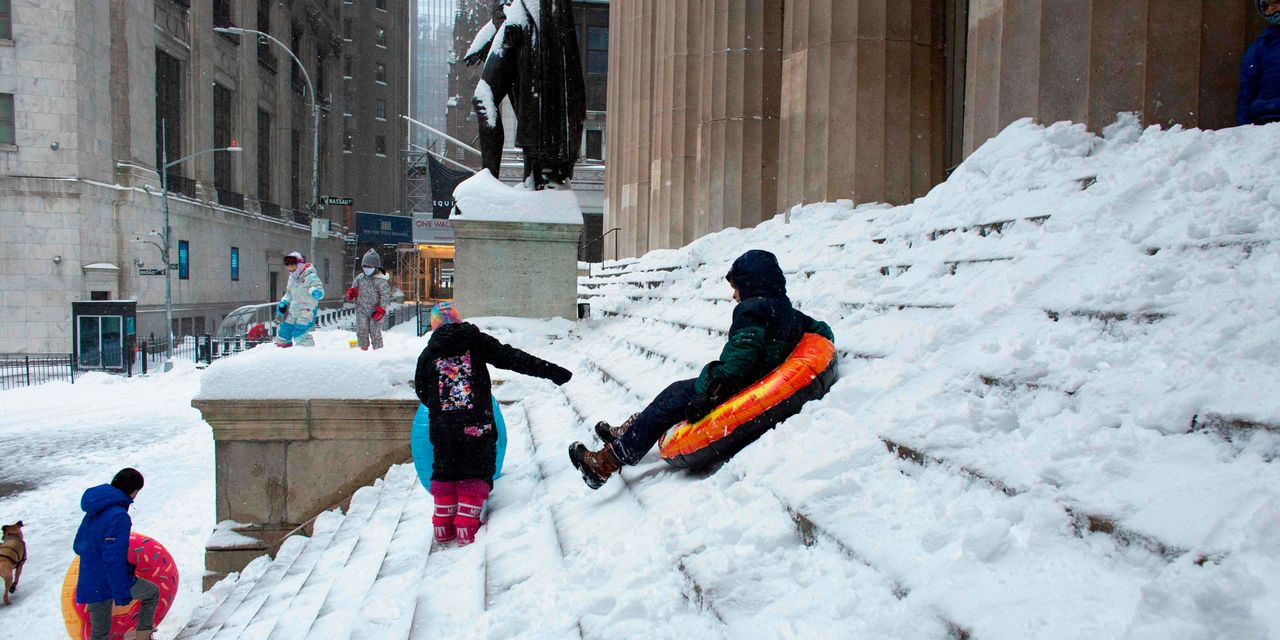 U.S. stock benchmarks on Tuesday were poised to extend gains in the second trading day in February with investors encouraged by news on the pace of vaccines in the U.S., the prospect of more fiscal aid from Congress, and a decline in the frenzy of retail trading in heavily shorted stocks.

A slate of earnings reports are also in focus Tuesday, including Pfizer
PFE,

before the bell and mega-capitalization stocks Amazon
AMZN,

slated to report after the close.

and AMC Entertainment
AMC,
,
investors may be training their attention on corporate quarterly results in the second-most active week of the fourth-quarter earnings season.

Thus far the numbers have been promising, even amid the coronavirus pandemic, with 81% of the 189 S&P 500 companies that have reported, exceeding consensus expectation, FactSet data show.

”It is a big day for earnings with the latest Q4 numbers from Alphabet and Amazon after the close,” wrote Michael Hewson, chief market analyst at CMC Markets.

”US markets look set to continue where they left off last night with a positive start as investors continue to look past the recent GameStop driven volatility,” the analyst said.

Discussions around another round of coronavirus relief from Congress also was drawing attention on Wall Street, after a group of Senate Republicans outlined on Monday a roughly $618 billion offer, including a round of $1,000 direct checks for many adults. House Speaker Nancy Pelosi and Senate Majority Leader Chuck Schumer introduced a budget resolution yesterday, the first step in a process called budget reconciliation which would allow much of President Joe Biden’s $1.9 trillion stimulus plan to pass the Senate with just a simple majority.

Hospitalizations have also been falling, according to the COVID Tracking Project. There were 93,536 COVID-19 patients in U.S. hospitals on Monday, down from 95,013 a day earlier and the lowest level since Nov. 29. The CDC’s vaccine tracker is showing that as of 6 a.m. Eastern Monday, 32.2 million doses had been administered so far, which is more than the confirmed case tally. So far, 49.9 million doses have been delivered to states.

”Perhaps the most under-stated recovery has been in the number of daily Covid-19 cases and the hospitalization rate which had been improving well before the vaccine distribution began,” wrote analysts at Jefferies, led by Sean Darby, global equity strategist.

and AMC Entertainment
AMC,
,
among other small, heavily shorted companies whose moves have been attributed to organized efforts by individual investors to drive share prices higher and hurt short selling hedge funds. Shares of GameStop and other stocks boosted by retail interest fell sharply in premarket trade on Tuesday.

Some market participants have feared that the unusual trading moves were indicative of a market that wasn’t healthy, while other strategists view the events as idiosyncratic and unlikely to disrupt broader market moves.