Dow up around 200 points as investors prepare for Biden inauguration, earnings roll in 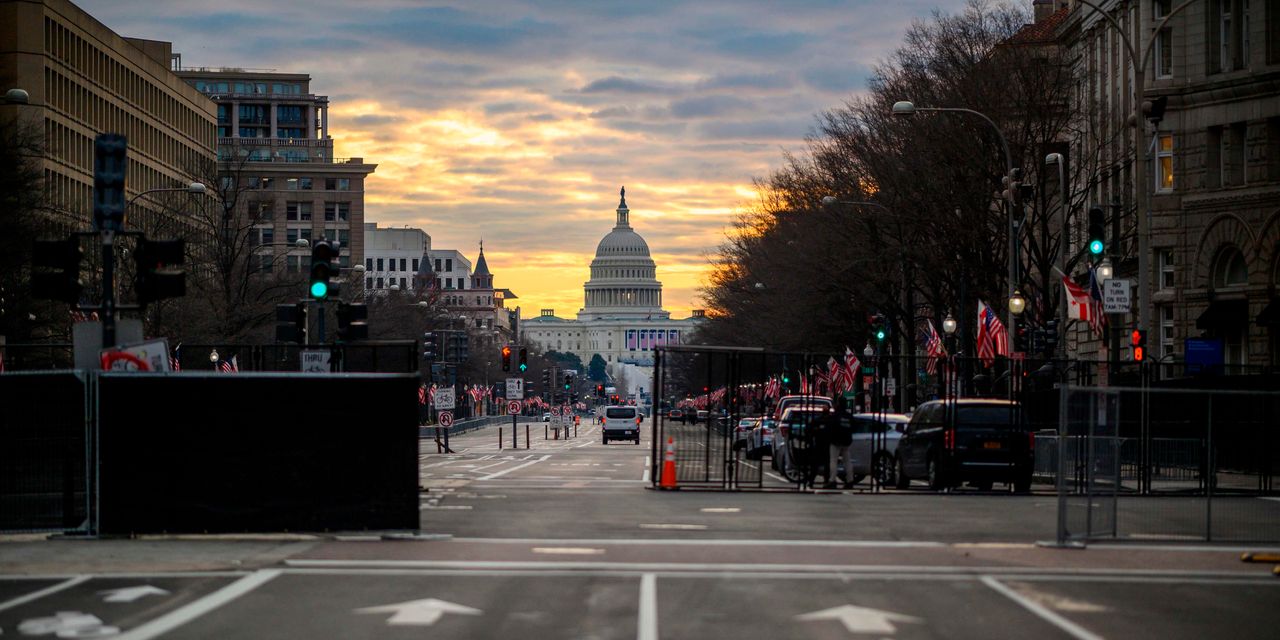 U.S. stocks kicked off a holiday-shortened week with gains on Tuesday, a day ahead of the inauguration of President-elect Joe Biden and as fourth-quarter earnings season kicks into higher gear.

Investors were also awaiting testimony from Janet Yellen, the former Fed chair nominated by Biden to head the Treasury, who is scheduled to testify at her confirmation hearing before the Senate Finance Committee at 10 a.m. Eastern.

Markets were closed on Monday in observance of the Martin Luther King Jr. holiday.

On Friday, stocks closed lower for the day and week, with the Dow posting a weekly loss of 0.9%, the S&P 500 and Nasdaq Composite both fell 1.5% on the week. However, the small-capitalization Russell 2000 index
RUT,

Yellen — Biden’s nominee to replace Treasury Secretary Steven Mnuchin — was expected to say that more fiscal aid is needed to avoid a protracted economic recession underpinned by the COVID-19 pandemic.

“Economists don’t always agree, but I think there is a consensus now: Without further action, we risk a longer, more painful recession now — and long-term scarring of the economy later,” Yellen wrote in prepared testimony.

“But right now, with interest rates at historic lows, the smartest thing we can do is act big,” she said.

Biden last week unveiled a $1.9 trillion relief package, but there are fears it will be watered down by the Senate, which is split 50-50 between Republicans and Democrats, with Vice President-elect Kamala Harris set to provide the tiebreaker, noted Raffi Boyadjian, senior investment analyst at XM, in a note.

Read: Biden’s ‘rescue America’ plan is big. How its trillions could help both Wall Street and Main Street

“Yellen’s unequivocal justification for greater federal support to millions of U.S. businesses and individuals still struggling from the pandemic is seen as boosting the chances of the package passing through Congress,” Boyadjian said.

Those potential hurdles mean investors should be wary of getting too far ahead of themselves, Boyadjian and other analysts warned.

“Crucially, Senate Republicans (and not a few Democrats) seem all over the board on what elements they will or won’t support in the new economic program,” said Christopher Smart, chief global strategist at Barings Investment Institute, in a note.

“Traditional Republican concerns over budget deficits have been overwhelmed by last week’s impeachment of President Trump and what how best to unify the party. But any hints at all may move markets through the week,” he said.

Meanwhile, COVID-19 continues to spread rapidly. The U.S. added at least 142,588 new cases on Monday according to a New York Times tracker, and counted at least 1,440 deaths, although the numbers are likely underreported as staffing is reduced at weekends and on holidays.

Investors were also parsing another round of earnings, including results from Bank of America
BAC,