has received another shot of hope from Elon Musk, but sell pressure remains high.

Dogecoin gained 8% yesterday thanks to Elon Musk’s tweet in support of a key fee change proposal.

Tesla (NASDAQ:) and SpaceX founder Elon Musk has endorsed a Dogecoin development proposal to reduce the transaction fees by 100x.

Ross Nicoll, a Dogecoin Core contributor, shared a tweet related to the fee reduction proposal Sunday, to which Musk replied that it was “important to support.” 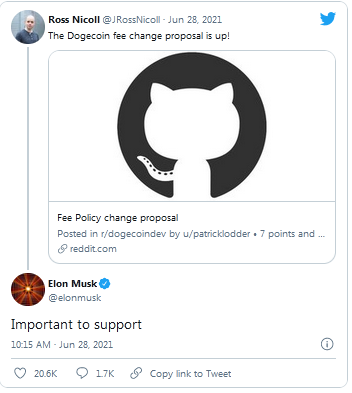 The recommended lower limit for sending a DOGE transaction is 1 DOGE. Patrick Lodder, the developer who created the proposal, wants to reduce this amount to 0.01 DOGE.

Lodder suggested the changes “to reduce average fees 100x for standard transactions on the Dogecoin chain, split full control over all aspects of fees between miners and node operators, rely less on core development, and bring back a functional (small) free transaction space that incentivizes keeping the network healthy.”

The 1 DOGE limit raised concerns about the feasibility of the network as DOGE’s value reached a high of $0.74 this year. The rising transaction fees acted as a negative feedback loop to its price as networks like and were offering cheaper transactions.

In comparison, the peak transaction fee on Litecoin was less than $0.10. The protocol improvement proposal requires a change in the relay fees, a lower dust limit, and default block inclusion fees of 1 DOGE/kb.

Once 30% of nodes accept transactions with 0.01 DOGE as the minimum fees, a new default fee can be set, the proposal notes.

Lodder has proposed changing the network’s design by slashing the relay network’s limitations and handing back the control to nodes and miners. The proposal includes alternative ways to implement the ideas. 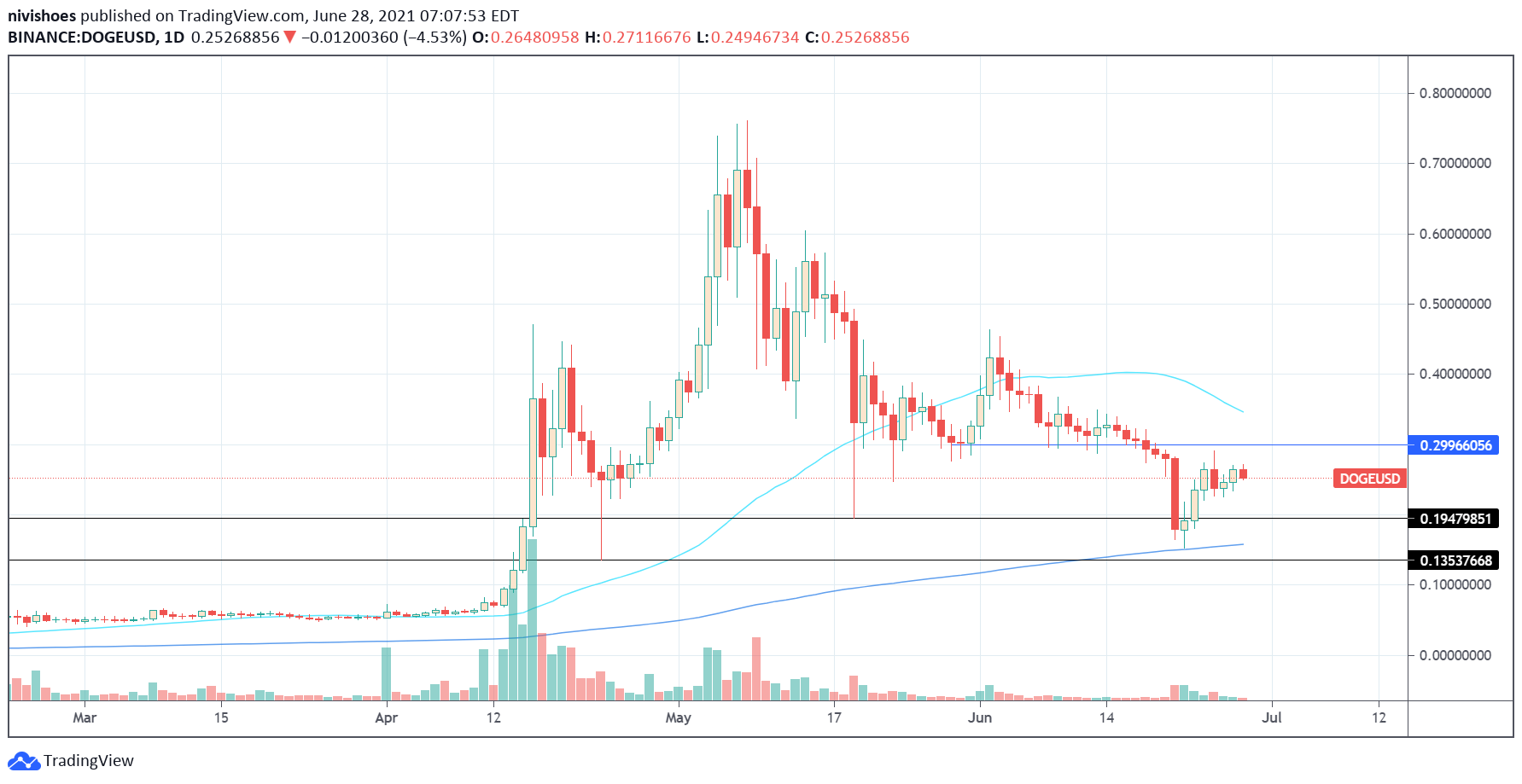 Dogecoin’s price recently fell below $0.20, marking a from the highs it recorded earlier this year. The price jump shows that Musk’s active support continues to create a tailwind for the crypto, but there is considerable sell pressure too.