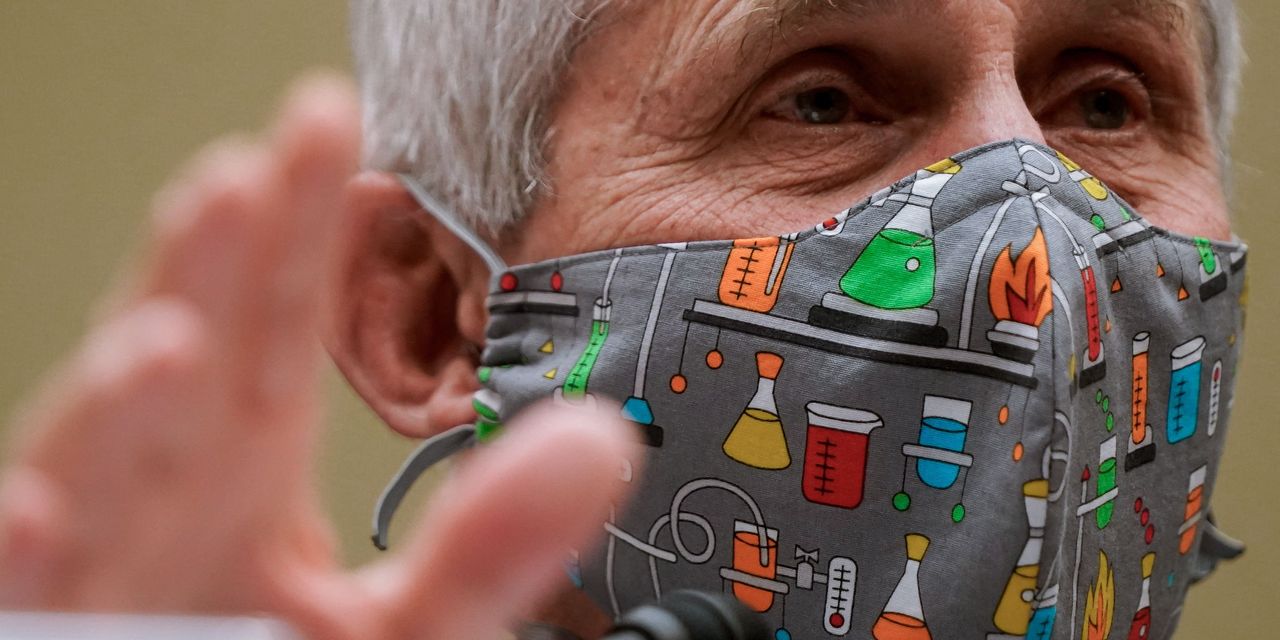 Dr. Anthony Fauci corresponded with a Chinese health official early in the pandemic, acknowledging the “crazy people in this world” and vowing to “get through this together,” a new report revealed Tuesday.

The nation’s top expert on infectious diseases received an email March 28, 2020, from George Gao, director of the Chinese Center for Disease Control and Prevention, in which Gao apologized for saying the U.S. and other countries were making a “big mistake” by not encouraging people to wear masks from the get-go, according to correspondence obtained by the Washington Post.

“How could I say such a word ‘big mistake’ about others? That was journalist’s wording. Hope you understand,” Gao wrote Fauci. “Lets work together to get the virus out of the earth.”

The director of the National Institute of Allergy and Infectious Diseases responded, “I understand completely. No problem. We will get through this together.”

The correspondence came as President Donald Trump blamed China for the coronavirus outbreak.

As Fauci faced criticism for his handling of the pandemic, Gao reached out again.

“I saw some news (hope it is fake) that [you] are being attacked by some people. Hope you are well under such a irrational situation,” Gao wrote April 8, 2020.

“All is well despite some crazy people in this world,” Fauci wrote, the newspaper reported.

The exchange was among more than 866 pages of Fauci’s emails from March and April 2020 that the newspaper obtained through a Freedom of Information Act request.

In the email trove, Fauci also corresponded with an executive at the Bill and Melinda Gates Foundation, a medical director of the National Football League Players Association and documentary filmmakers working on a Disney-backed documentary film about him.

In his correspondence with Gates adviser Emilio Emini, the executive raised concerns about Fauci’s health.

“I see you on TV almost every day, and although you continue to have considerable energy, I am seriously worried about you,” Emini wrote in an email on April 2, 2020. “The nation and the world absolutely need your leadership.”

Fauci then responded in the early hours of the following morning, saying “I will try to engage as much as I can given my current circumstances,” while adding he was “enthusiastic about moving forward on a collaborative and hopefully synergistic approach to COVID-19.”

Fauci told the Washington Post that he has maintained a long relationship with Gates, who has been the subject of recent reports that reveal that he allegedly made unwanted advances on female employees at both Microsoft and his foundation.

The two talk about every two weeks and remain in touch about how to get COVID-19 vaccines to the rest of the world, he said.

The email trove also revealed that Fauci kept in close contact with White House officials over the two-month period, the newspaper reported.

Just before Easter, he exchanged emails with Marc Short, Vice President Mike Pence’s chief of staff — where he wished Short a “peaceful and enjoyable day with your family.”

Fauci, however, would later publicly complain in June that the White House had sidelined him.

“As you probably noticed, the taskforce meetings have not occurred as often lately. And certainly, my meetings with the president have been dramatically decreased,” he said in an interview with Strat News in June 2020.

Fauci also expressed dumbfounded disbelief at the public’s fascination with him.

In response to an article forwarded to him about his “cult following,” he replied that it was “truly surreal.”

“Hopefully, this all stops soon,” Fauci wrote to a colleague.

In another email, Fauci forwarded a Google alert notification for his name that contained an article titled, “Cuomo Crush and ‘Fauci Fever’ — Sexualization of These Men Is a Real Thing on the Internet.”

“It will blow your mind. Our society is really totally nuts,” Fauci wrote in an email to a redacted recipient, encouraging them to click the link to the article.

Fauci told the newspaper that at one point during the pandemic he was receiving around 1,000 emails a day.

“I was getting every single kind of question, mostly people who were a little bit confused about the mixed messages that were coming out of the White House and wanted to know what’s the real scoop,” Fauci said of the correspondence.

“I have a reputation that I respond to people when they ask for help, even if it takes a long time. And it’s very time consuming, but I do,” he added.