Ethereum has broken a key psychological resistance barrier at $2,000.

Ethereum on a Rally 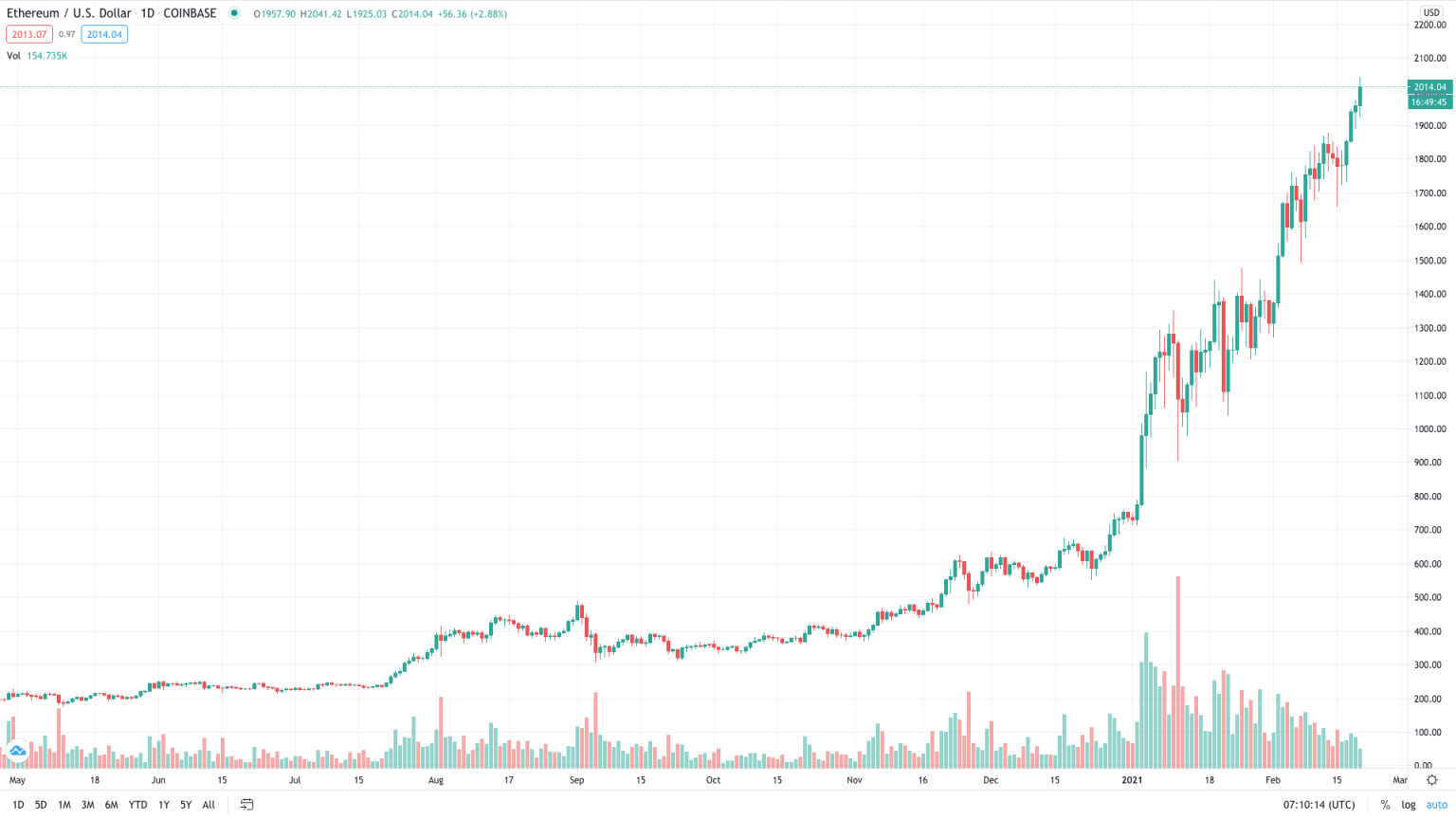 The digital asset has experienced a violent rise in recent weeks. On Jan. 4, it crossed $1,000 amid a flurry of activity across the crypto markets.

Along with Bitcoin, the second-ranked crypto asset has been hitting new all-time highs every few days throughout January and February. $2,000 is a key psychological resistance barrier for ETH, similar to BTC’s recent $50,000 milestone.

The Bitcoin price run intensified back in December when it crossed $20,000 for the first time. The asset has seen a new level of mainstream attention over the last few months, helped by large companies like MicroStrategy (NASDAQ:) and Tesla (NASDAQ:) buying in.

ETH often rallies when BTC does, so growing belief in BTC’s ‘digital gold' value proposition has doubtless helped its run. ETH often outperforms BTC, however. It’s up roughly 175% year-to-date, while BTC is up 89%. 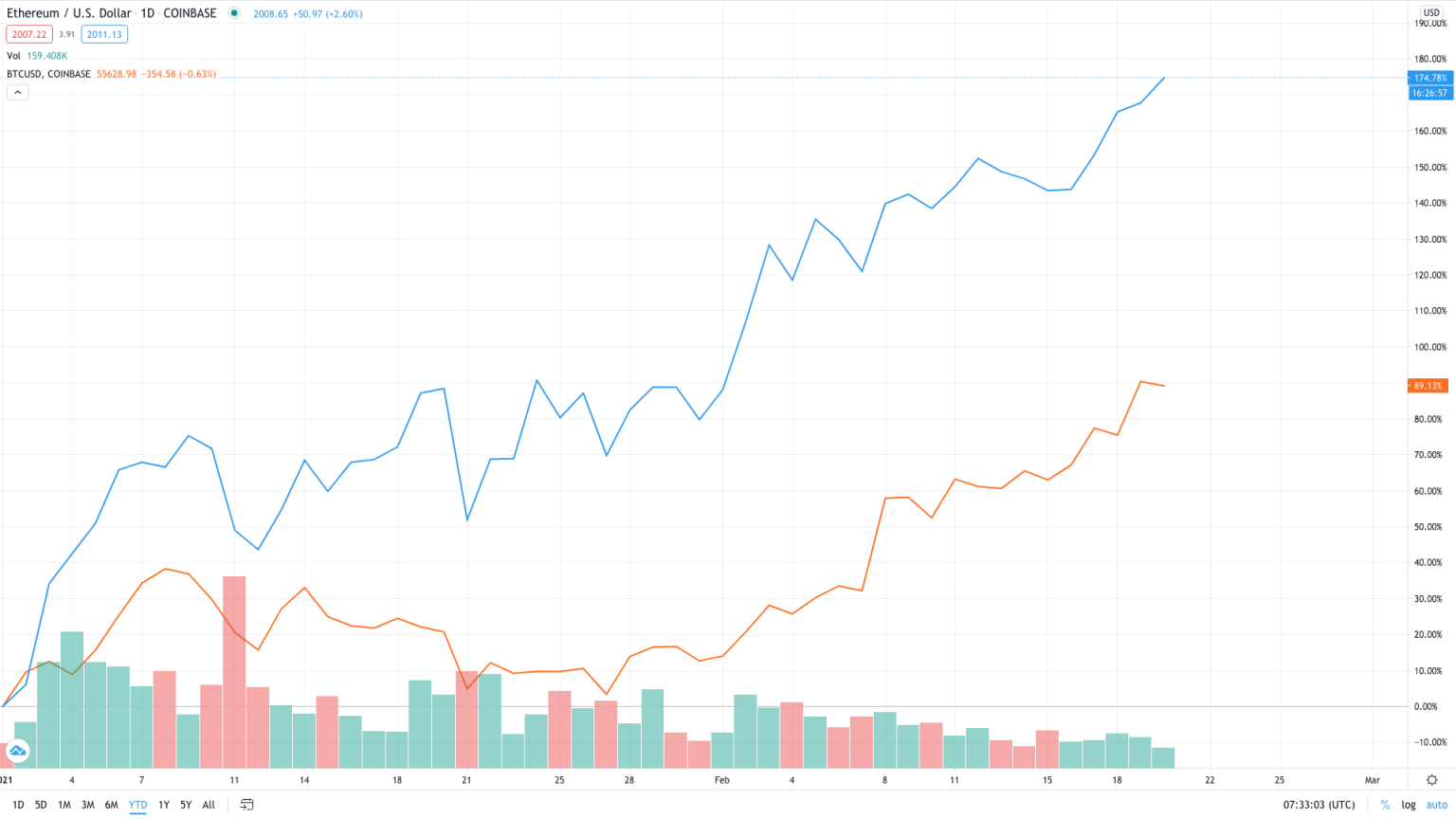 Ethereum has also had various wins of its own recently. On Feb. 8, ETH futures launched on CME Group, the world’s largest derivatives exchange.

The NFT space, which runs on top of Ethereum, has also enjoyed a boom this year. Several notable celebrities and musicians have piled into the craze, among them Mark Cuban, Logan Paul, and Soulja Boy. This week, iconic auction house Christie’s announced its plans to list an NFT by Beeple. They’ll accept ETH in the auction.

DeFi, meanwhile, continues to grow. There’s over $43 billion locked in DeFi protocols today, according to DeFi Pulse. Despite competition from growing platforms like , DeFi mostly centers around the Ethereum ecosystem today.

One major Ethereum development on the horizon is the EIP-1559 update, which could drop by the end of 2021. Described as an ETH buyback mechanism by EIP-1559 Tim Beiko, the update will see gas fees get burned to reduce the supply of ETH.