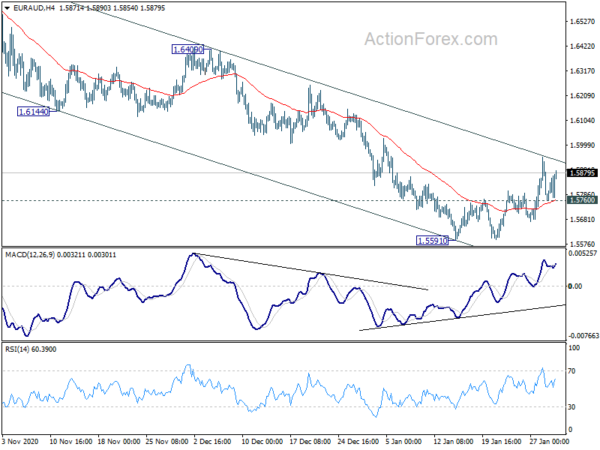 EUR/AUD’s rebound from 1.5591 extended higher last week, but failed to break through near term falling channel and retreated. Initial bias stays neutral this week first. On the upside, sustained break of the channel resistance will argue that fall from 1.6827 has completed at 1.5591. Stronger rise should be seen to 1.6144 support turned resistance. On the downside, break of 1.5760 minor support will retain near term bearishness, and bring retest of 1.5591 low. 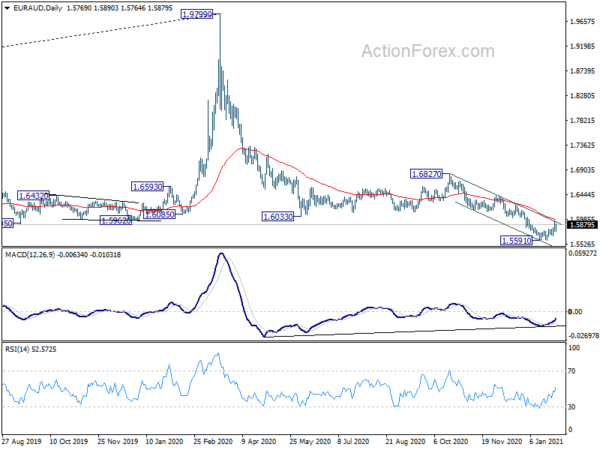 In the longer term picture rise from 1.1602 (2012 low) could have already completed with three waves up to 1.9799. The development suggests that long term range trading is extending with another medium term down leg. Sustained trading below 55 month EMA (now at 1.5847) now further affirms this case could bring deeper decline to 1.1602/3624 support zone. 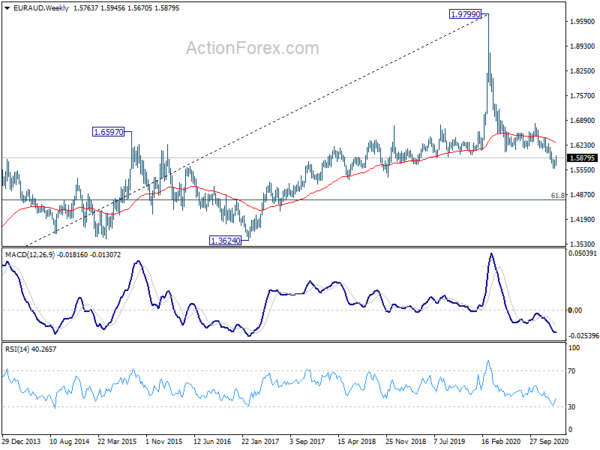 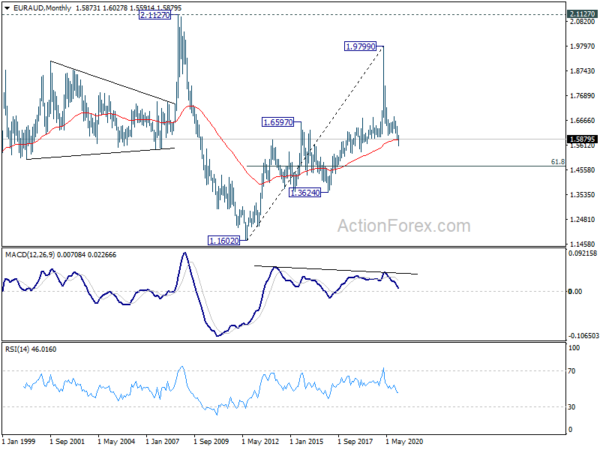