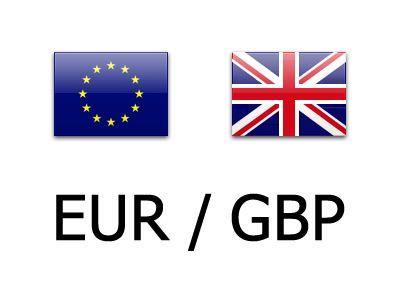 EUR/GBP’s corrective decline from 0.9291 resumed last week by taking out 0.9007 support. Initial bias is now on the downside for deeper decline. Though, strong support should be seen above 0.8866 support to bring rebound. On the upside, break of 0.9148 resistance will suggest completion of the correction. Intraday bias will be turned back to the upside for retesting 0.9291 high. 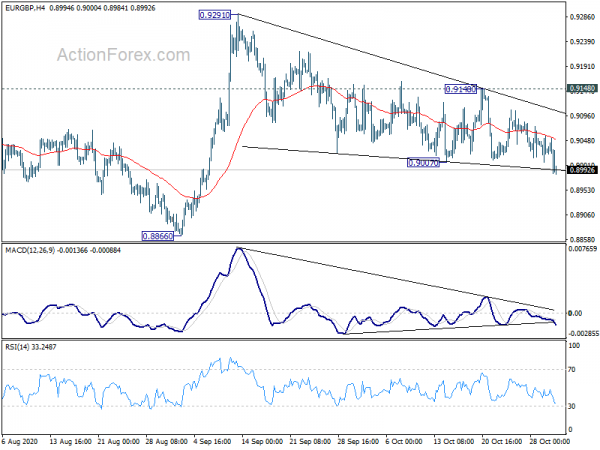 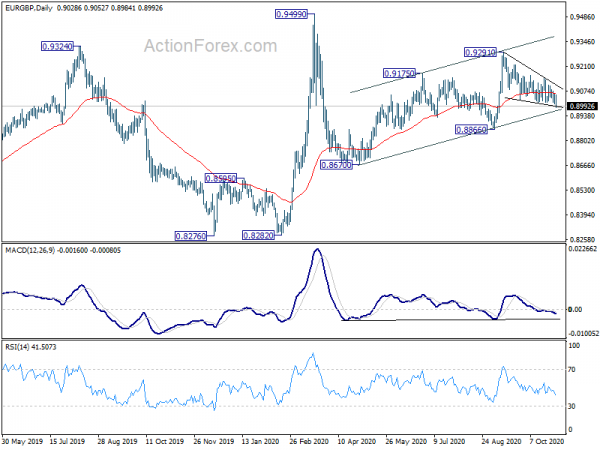 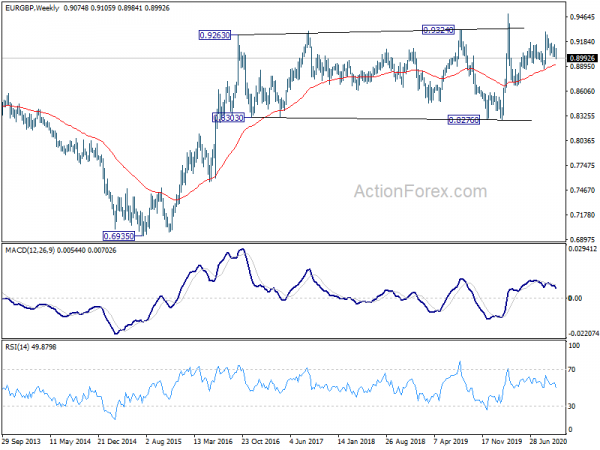 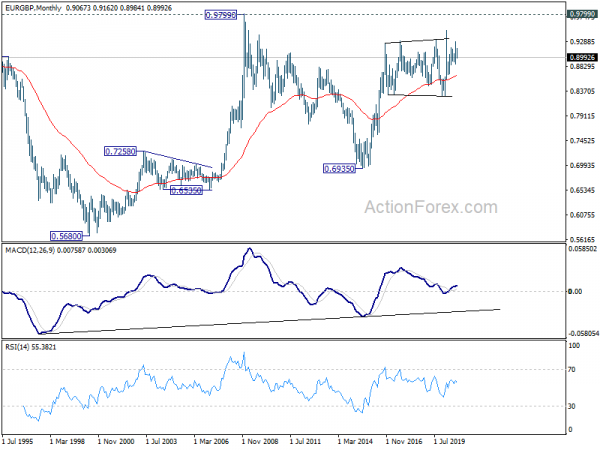