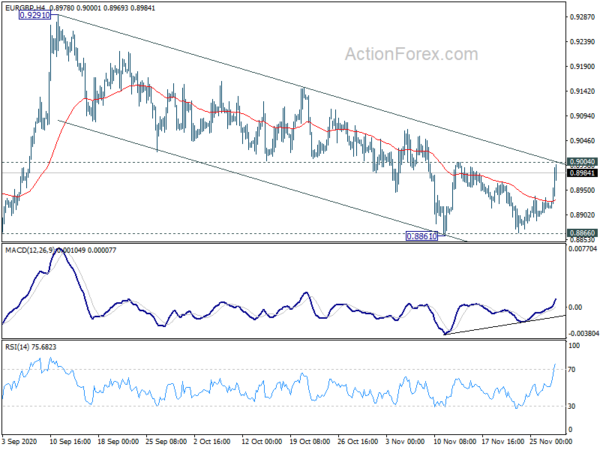 EUR/GBP was supported by 0.8866 structural support again last week and rebounded. Though, upside is limited below 0.9004 resistance so far. Initial bias stays neutral this week first. On the upside, firm break of 0.9004 and the falling channel resistance will firstly indicate short term bottoming. Secondly, pull back from 0.9291 should have completed. Thirdly, with 0.8866 support intact, rise from 0.8276 isn’t over. Intraday bias will be turned back to the upside for 0.9291 resistance in this case. On the downside, however, sustained break of 0.8866 will extend the pattern from 0.9499 with another falling leg to 0.8670 and possibly below. 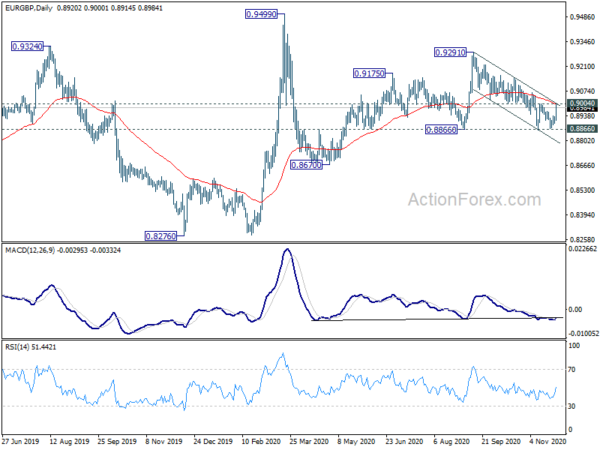 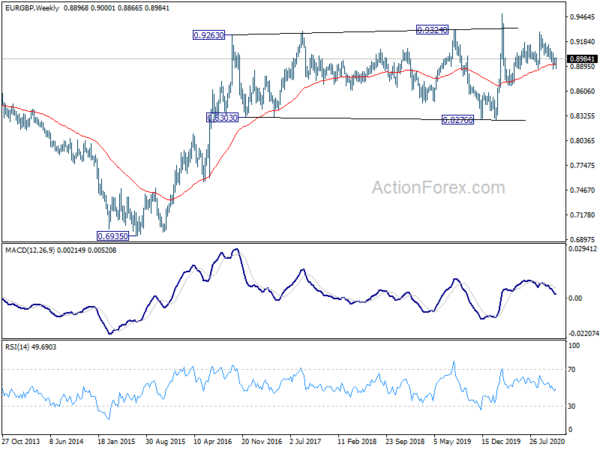 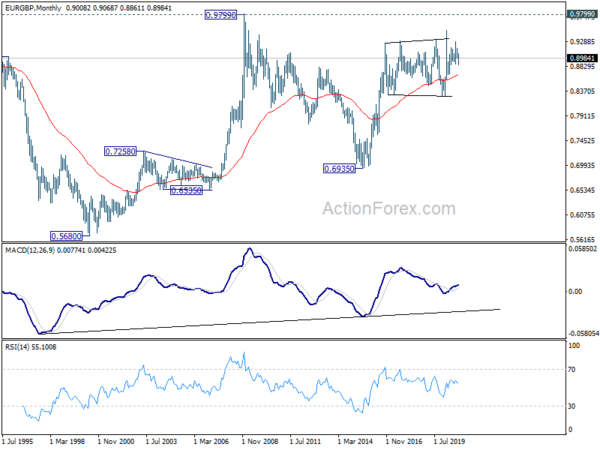