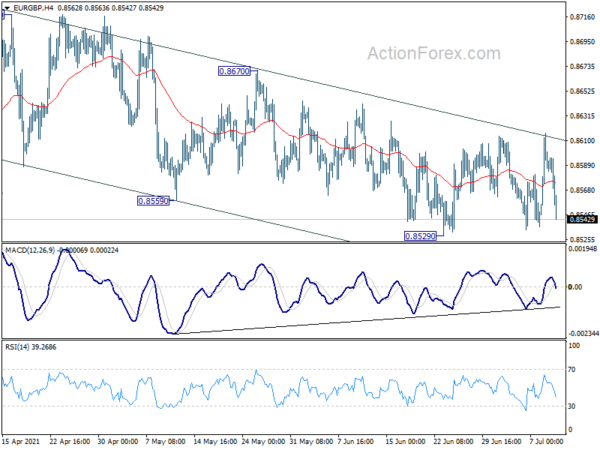 EUR/GBP stayed in range above 0.8529 last week, as well ass near term falling channel. Outlook is unchanged and initial bias is neutral this week first. On the downside, break of 0.8529 will resume the choppy decline towards retesting 0.8470 low. On the upside, decisive break of 0.8670 will confirm that corrective fall from 0.8718 has completed. Further rise would be seen to resume the rebound from 0.8470.

In the bigger picture, price actions from 0.9499 are still seen as developing into a corrective pattern. That is, up trend from 0.6935 (2015 low) would resume at a later stage. This will remain the favored case as long as 0.8276 support holds. However, firm break of 0.8276 support will suggest that rise from 0.6935 has completed and turn medium term outlook bearish. 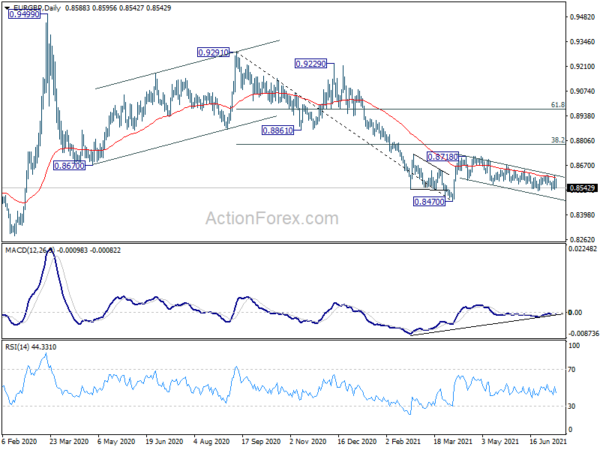 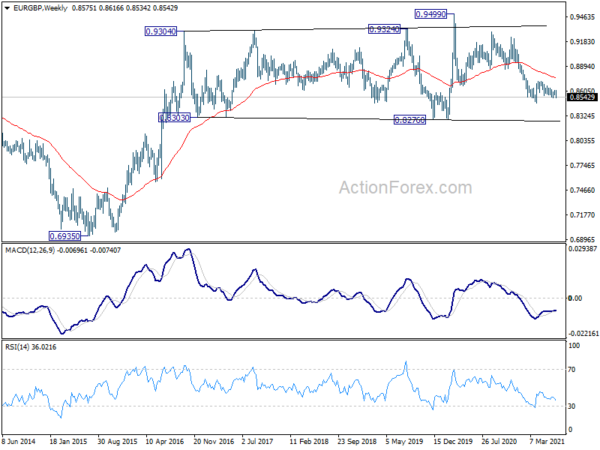 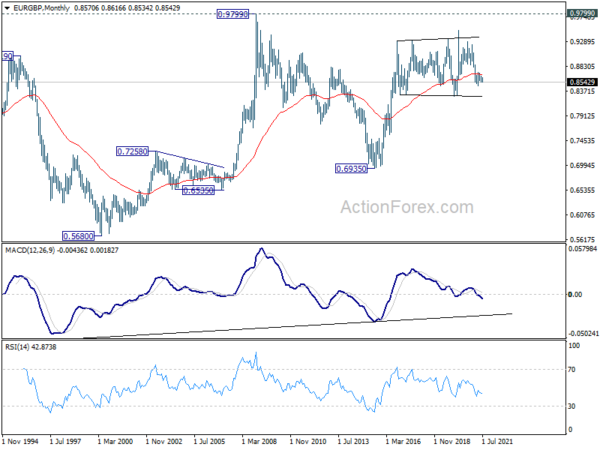