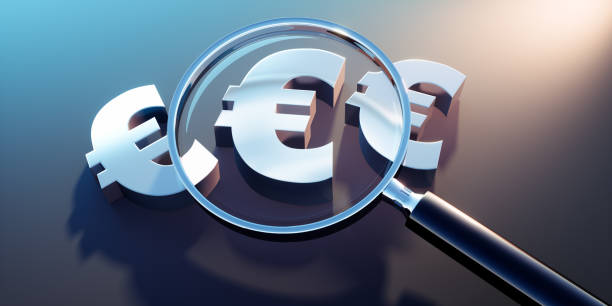 Commodity currencies are trading generally lower in Asia today, with pull back in Japanese stocks in the background. Canadian Dollar is also soft after BoC’s rate decision overnight. Dollar, Yen and Swiss Franc are trading mildly firmer, extending this week’s rebound. Euro is following closely, but momentum is starting to diminish, as focus turns to ECB today.

Technically, Euro will be a major focus today and we’ll pay attention to some minor support levels, including 1.1792 support in EUR/USD. 0.8561 support in EUR/GBP, and 1.0843 support in EUR/CHF. These levels need to be violated together to indicate a broad based selloff in Euro. Otherwise, even if EUR/USD would dip deeper, Euro would just be considered in mixed trading.

Fed Williams: It could be appropriate to start tapering this year

New York Fed President John Williams said, “assuming the economy continues to improve as I anticipate, it could be appropriate to start reducing the pace of asset purchases this year.” He added, “I will be carefully assessing the incoming data on the labor market and what it means for the economic outlook, as well as assessing risks such as the effects of the delta variant.”

In the Beige Book economic report, Fed said that “economic growth downshifted slightly to a moderate pace in early July through August”. The deceleration in activity was “largely attributable to a pullback in dining out, travel, and tourism in most Districts, reflecting safety concerns due to the rise of the Delta variant, and, in a few cases, international travel restrictions.” Other sectors were “constrained by supply disruptions and labor shortages, as opposed to softening demand”

All Districts continued to report “rising employment overall”. All Districts noted “extensive labor shortages that were constraining employment”. A number of Districts reported an “acceleration in wages”, with several noted “particularly brisk wage gains among lower-wage workers”. Inflation was “steady at a elevated pace”. Several Districts indicated that businesses anticipate “significant hikes in their selling prices in the months ahead”.

ECB meeting will be a focus today and attention will mainly be on the PEPP purchase plan in Q4. The pace of purchases was significantly higher in Q2 and Q3. But with improvement in economic activities, as well as financing conditions, it’s time for the central bank to re-calibrate the program. Chief Economist Philip Lane sounded cautious as he indicated there could be a “local adjustment” of the program but not a “pure taper situation”. The plan for the emergency purchase program beyond the end date of March 2022 is probably still a bit “far away” for the council members.

New economic projections will be published and there were already some indications on upgrade in growth forecasts for this year. But that could also be offset by a slight downgrade for next year. So the overall impact could be muted. The key is indeed on how ECB views the inflation path. CPI was at a 10-year high of % in August and the projections would show how it will peak and then slow, to reflect how transitory inflation would be.

Intraday bias in EUR/USD remains neutral for the moment. On the downside, break of 1.1792 support will confirm rejection by 1.1907 resistance. Intraday bias will be turned back to the downside for retesting 1.1663 low first. On the upside, sustained break of 1.1907 should indicate that fall from 1.2265, as well as the consolidation pattern from 1.2348, have completed. Near term outlook will be turned bullish for 1.2265/2348 resistance zone.